There is only one way to be rich, create wealth. The Economic Survey this time lays it down in clear words

The Economic Survey for the fiscal year 2019-20 was tabled by the Modi government in the parliament today. This is the second Economic Survey under the newly appointed CEA Krishnamurthy Subramanian, who was appointed to the post in December 2018, after the sudden resignation of Arvind Subrammanian.

After the budget copy was tabled in the parliament, the Chief Economic Advisor held a press conference at the National Media Centre; made a presentation about the key ideas in the survey; and answered the questions from the media. The survey is a report card of economic performance of the country in the ongoing fiscal.

The Survey has been prepared with inputs from a wide range of professionals with newly appointed Chief Economic Advisor Krishnamurthy Subramanian and Principal Economic Advisor Sanjeev Sanyal playing the key role.

The two volume economic Survey provides the roadmap to achieve 5 trillion dollar economy by FY 24 and the second part of the Survey focuses on the picture of ‘state of the economy’. As per the economic survey, PM Modi’s dream of 5 trillion dollar economy could be achieved if the country grows at 8 percent compound annual growth rate. ‘Investment’ has been pointed out as key to economic growth taking a cue from East Asian economies.

The first volume of Economic Survey, which consists of 11 chapters with chapters titled Wealth Creation: The invisible Hand Supported by the Hand of Trust, Privatization and Wealth Creation, and nine others.

The investment driven growth is key for sustainable 8 percent growth for the next decade and achieve the 5 trillion target by 2024-25, outlined the Economic Survey. The CEA outlined that the government must try to solve the problems with economy as whole instead trying to solve the silos in the sector specific problems.

This Economic Survey highlighted the celebration of Wealth Creation, and outlined the philosophy of this government in the very first paragraph of the first chapter, which reads, “For more than three-fourths of known economic history, India has been the dominant economic power globally. Such dominance manifested by design. During much of India’s economic dominance, the economy relied on the invisible hand of the market for wealth creation with the support of the hand of trust. Specifically, the invisible hand of markets, as reflected in openness in economic transactions, was combined with the hand of trust by appealing to ethical and philosophical dimensions.” 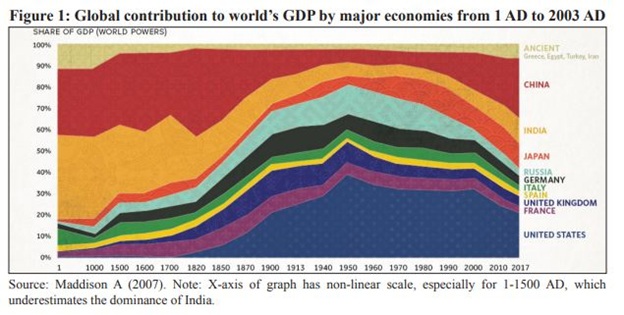 This shows that the era of socialism is over in India, and the country is progressing towards a ‘rule based capitalist system’. Wealth creation has always been very important throughout the history of India, but, in the last few decades after independence, the socialist government and communist intelligentsia has despised the wealth creators.

However, the mindset changed after the Modi government came to power with clear agenda of development. A quote shared in the Economic Survey which reads “Make money – there is no weapon sharper than it to sever the pride of your foes” sums up the mindset of the new government and ‘New India’.

The second chapter, titled Entrepreneurship and Wealth Creation at the Grassroots, highlights the resurgence of entrepreneurial activity in the last few years. 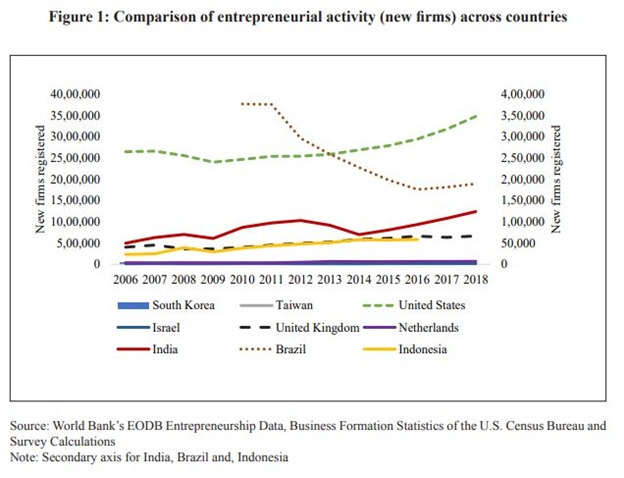 The Survey also highlighted that this government is pro-business and not pro-cronies. The budget presented the fast changing sectorial changes in Sensex to back its claim.

The Survey estimates 6-6.5 percent growth for the fiscal year 2020-2021. It highlights the medium term vision and objectives of the Modi government. From the Survey, it is very clear that the focus will be on achieving PM Modi’s vision of 5 trillion economy by the end of this term.