No Female Genital Mutilation cannot be compared to Sabarimala, and yes the former needs to be abolished

by Shubhangi Sharma
in Opinions
0

Over 60 petitions seeking review of the Supreme Court’s 2018 judgment on women’s entry in Kerala’s Sabarimala Temple, were referred to a seven-judge bench by a CJI Ranjan Gogoi led bench, on Thursday. This move has left little clarity over the outcome of the case but it is a clear indication that the Court plans to settle the matter looping in the larger picture where the fundamental rights to practice religion and manage religious affairs comes at odds with right to equality. This is further seen by the Court’s mention of female genital mutilation and entry of women in mosques.

The Court pointed that reference to the larger Bench of issues arising in case of entry of Muslim women into a mosque and female genital mutilation cannot be ruled out. The bench will re-examine various religious issues, including the entry of women into mosques and the practice of female genital mutilation in the Dawoodi Bohra community. The conflict between the judgments in the Shirur Mutt case and Durgah Committee case could be decided by the larger Bench.

The deity Ayyappa’s devotees were filled with hope with the Supreme Court’s decision to refer the case to a larger bench as it reflects that the court has indeed tolerated protest and seen merit in the devotees’ case against women’s entry into Sabarimala temple.

However, there was clear discomfort among many about the mention of female genital mutilation and women’s entry in mosques as it risks the Sabarimala case being equated with and weighed on the same scale as the former two. This fear was further exacerbated by the fact that the Supreme Court put no stay on its 2018 judgment allowing women’s entry into Sabarimala after which the ruling CPI (M) orchestrated forceful entry of women despite protests by both female and male devotees.

During the 2018 Sabarimala judgment, the only female on the bench, Justice Indu Malhotra had dissented, holding that religious practices cannot be solely tested on the basis of Article 14 of the Constitution. The Sabarimala priests believe that the ban on the entry of women of age 10 to 50 should remain as Bhagwan Ayappa is in a celibate form at Sabarimala and not because ‘women are considered impure’ in this temple as was claimed by a section of people.

There are many temples in India where women are the dominating force and men are barred, like the Attukal Bhagavathy Temple in Kerala reflecting the complexity of Hindu traditions that transcend elementary concepts of gender equality. In the Hindu faith, the sanctum sanctorum of the temple premises is considered the abode of the deity being prayed to. In the case of Bhagwan Ayyappa, who is prayed to in the celibate form of the deity, the rule of restricted entry of women roughly of reproductive age is followed by women devotees of Ayyappa. The devotion would be non-existent if the celibate form of Bhagwan Ayyappa is not respected in the Sabarimala temple.

Unlike the isolated case of Sabarimala temple’s sanctum sanctorum, Mosques provide prayer halls wherein entry of women is generally restricted. If the dichotomy of the Supreme Court’s 2018 decision to allow entry of women into Sabarimala while not delving into the clear systemic discrimination in all mosques, is finally to be addressed, the two should not be weighed on the same scale.

Further, coming to the practice of female genital mutilation in the otherwise progressive Dawoodi Bohra community, a Shia Muslim sect in India, the practice is highly indefensible for its cruel and heinous method.

As in the case of the Triple Talaq verdict which recognized the hardships of women, female genital mutilation too cannot be justified as it subjects young girls to tremendous physical and psychological trauma, scarring the girls for life. 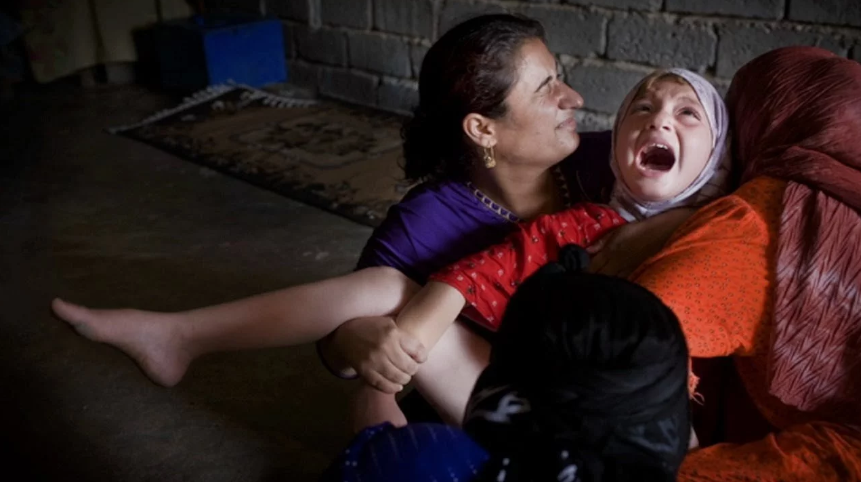 FGM usually takes place before the girl child hits puberty, unlike circumcision in men, female genital mutilation involves mutilating the vagina of girl child, removing some or all of the girl’s external vagina. It is basically a clitoridectomy carried out by an amateur knife wielding practitioner and not a trained surgeon. In the Dawoodi Bohra community the practice of ‘Khatna‘ is carried out mostly by women themselves who push their daughters into the same fate as they were. The extent of the mutilation can vary and many women have recalled using sanitary pads for days to stop the bleeding.

Besides the clitoris, from excision of the inner labia of the vagina, to even the labia majora, the scope of the procedure is ill-defined leading to a brutal, bloody and traumatizing disaster leaving the girl child shrieking in pain and afflicted by a sense of betrayal by her family.

Therefore, the procedure subjects the girl to extreme pain and the horrific and degrading ordeal leaves a mark of subjugation on her psyche. This also the leaves the woman who underwent FGM, incapable of having a sex drive for life. From infections to chronic pain and infertility, FGM has serious implications on women’s sexual and reproductive health. FGM needs to be abolished, keeping the human rights of the child above Article 25 and 26.

When all of these practices are looked into by the Supreme Court, it is Ayyappa devotees’ humble prayer that the Sabarimala Temple tradition is not bogged down under the weight of discriminatory and unfair religious practices.

Are only the famers of Punjab unhappy? The truth behind the manufactured malice in farmers’ protests