The stage is set for former India captain Sourav Ganguly to be the next president of the BCCI, with elections unlikely to be held at BCCI’s Annual General Meeting on October 23. The southpaw who steered Indian Cricket in the right direction after the tumultuous time period of late 90’s where Indian cricket was marred by fixing and poor performances, it was Ganguly who turned back the fortunes for men in blue and the Indian fans would be hoping something similar from him this time around too, albeit in a different avatar of an administrator. Monday (14 October) is the last date for filing nominations for the office bearers for the five office-bearers’ posts, for which elections are scheduled on October 23 and Ganguly seems to be the only candidate in the fray now for the President post.

Before the late-night developments, it was being dubbed as a three-way fight with Karnataka’s Brijesh Patel and Gujarat Cricket Association‘s President and Amit Shah’s son Jay Shah going toe-to-toe in the contest. Ganguly had been camping in New Delhi more than 48 hours and two powerful lobbies, one backed by Anurag Thakur and another by N Srinivasan, who both are former BCCI presidents, pushed for their candidate to be appointed the next president. N Srinivasan is learned to have met Union home minister Amit Shah on Saturday to push Patel’s candidature. Meanwhile, Ganguly too met Shah in New Delhi the same day, conveying his interest in becoming the next president. He was learnt to have the backing of Thakur.

But in a rather pleasant show of unity, the board members took a unanimous stand against the Supreme Court-appointed Committee of Administrators’ (COA) functioning where all members came together in an informal setting Sunday and despite all the hard-lobbying, settled on one name, signaling their return to the corridors of Indian cricket administration. Eventually, it was agreed that the Prince of Kolkata would become the next BCCI President while Karnataka’s Brijesh Patel, who was earlier in the fray to be the president, would take over as chairman of IPL Governing Council whereas Jay Shah is likely to be secretary while Arun Singh Thakur from Himachal Pradesh is likely to become treasurer. Devajit Saikia from Assam Cricket Association is in contention to be the Board’s joint secretary. With the controversial Committee of Administrators (CoA) paving way for the BCCI to take over the hands at the deck, the cricketing circuit is abuzz with the activities unfolding.

After much drama @SGanguly99 is all set to take over as the new @BCCI President. Was quite a cliffhanger.

Though Ganguly will be in the chair only for a period of 10 months as he would complete six years at a stretch as an administrator of the Cricket Association of Bengal, in July 2020, and thanks to the rather strange cooling-off period mechanism mandated by Lodha Committee, he would have to vacate the position after that. But it looks like the 10 months will be more than enough to set a precedent in BCCI that more often than not, it should be a cricketer heading the cricketing affairs of the biggest cricket board in the world.

Sourav Ganguly is the perfect man for the job. An able administrator, Ganguly displayed his leadership skills to the world when he led India to the 2003 World Cup Final. And who can forget his historic shirt waving at Lord’s after the dramatic final of Natwest Trophy in 2002. 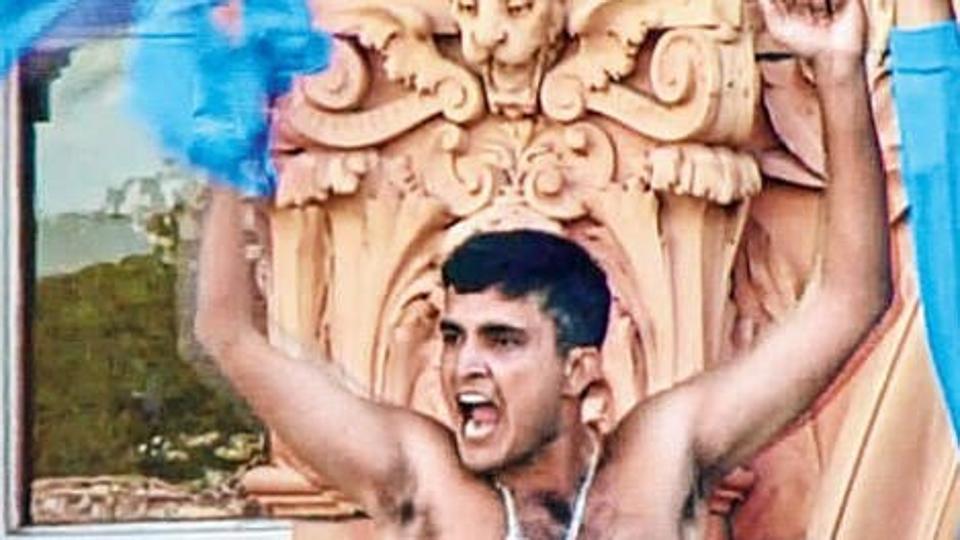 Prior to assuming the role of captaincy, the Indian team was perhaps a mediocre side who were famous for being known as ‘kings’ at home and an indecisive and hesitant unit outside the country. It is a known fact how Sourav successfully created a strong unit of players who were no longer afraid to take on challenges outside Indian subcontinent; thus forming the Team India.

Another factor of his leadership skills was his ability to scout raw talent and pick up young players who would successfully go on to be a part of a world class team. Zaheer Khan, Harbhajan Singh, Yuvraj Singh, Ashish Nehra, Virender Sehwag – they were all handpicked by the Prince of Kolkata.

Now, with Ganguly at the helm of affairs, it is being hoped that him along with Brijesh and Jay would be able to guide the teetering sails of the BCCI post the era of the Committee of Administrators (CoA) which has left the state of cricketing affairs in a dismal state in the country. Traditionally, cricket administration in India has always been facilitated by the bureaucrats and politicians who do not have the requisite experience or knowledge of what happens on the pitch and around. Ganguly has already showcased that he is an able administrator by heading the Cricket Association of Bengal Cricket responsibly and because cricket has already suffered enough under the COA, therefore electing someone like Ganguly will be instrumental in putting things back together. Sourav is charismatic, a fan-favorite, a national icon and one of the saner voices in the circuit and therefore him being elected at such a coveted post augurs well for Indian Cricket.

Mediator with a begging bowl? Pakistan wants to ‘mediate’ between sworn enemies Iran and Saudi Arabia

It’s easy to talk like a patriot, difficult to act like one. People from an Arunachal Village show how to walk the talk