Infrastructure has been a priority for the Modi government in the last five years. It made a significant investment in public transport, highway construction, railways, and water transport and air connectivity. The large public investment in infrastructure was supported by oil bonanza which government got in initial years due to a slump in crude prices. There has been a very low investment in roads sector by UPA government because various welfare programs like MGNREGA have constrained the government from financing infrastructure building. The last big push in road development was in NDA-1 government led by former prime minister Atal Bihari Vajpayee. The two big infrastructure projects- Golden Quadrilateral Network and Pradhan Mantri Gram Sadak Yojna (PMGSY) were started during this time. 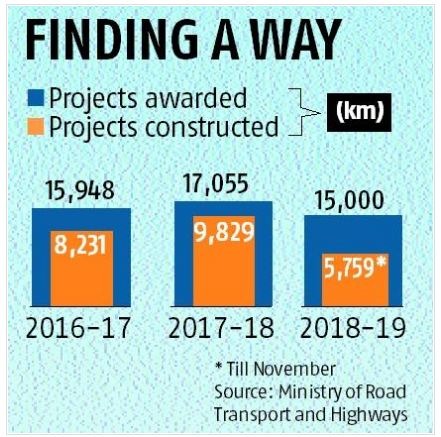 NDA-2 government also prioritizes infrastructure spending like NDA-1. After the completion of four and a half years, PM Modi led government has achieved enormous success in the field of infrastructure development. The construction of 33,361 km of national highways is being achieved under the leadership of PM Modi. The National Highway Authority of India (NHAI) has decided to tweak the strategy to speed up the construction of highways under the Bharatmala scheme. Now the public road constructor will consider only those projects which require minimal land acquisition. 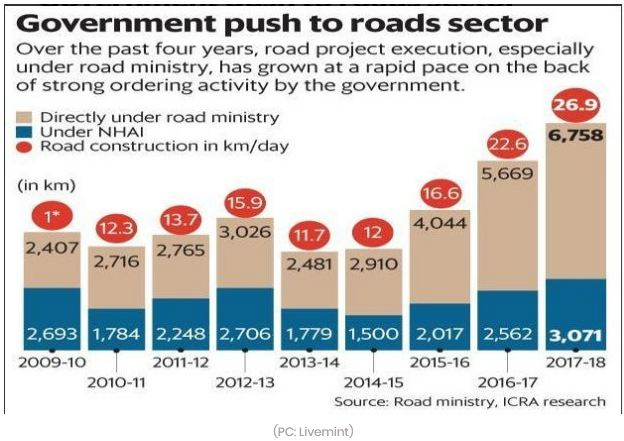 “This will help in getting a better fix on viability. Projects that have financial viability will be considered,” said a senior NHAI official. The land cost has risen exponentially due to the Right to Fair Compensation and Transparency in Land Acquisition, Rehabilitation and Resettlement Act, 2013 (LARR) which was brought by UPA government just a few months before the 2014 general election to win the votes of landowners. However, this slowed down the process of road construction and now the NHAI is facing problem in land acquisition, the cost has also gone up by 30-40 percent. 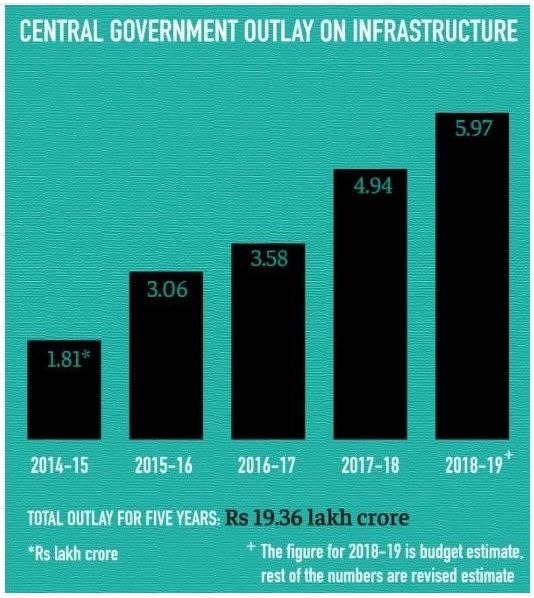 The performance of the Modi government on infrastructure front has been so good in the last four years that the prospect of it coming back to power has increased the private investment in the sector. The private investors expect that there will be huge infrastructure growth if the Modi government comes to power after the 2019 general election. BJP promised 144 lakh crore rupees investment in next five years if the party comes to power. As the scope for government is limited, the money will be sourced from private players and this boosted the confidence of financers. In the March quarter, the total loan given for infra projects was 52000 crore rupees compared 14400 crores in the previous quarter. This is the highest loan to infrastructure project since 2011. The private players expect a moderate return from infrastructure projects but the money is secure given the government backing.

Infrastructure has been a priority for the NDA government in the last five years. It has made a significant investment in public transport, highway construction, railways, water transport, and air connectivity.