Sri Lanka blasts : Hurting the economy by disrupting tourism was one of the intentions behind the terror attack

Sri Lanka, the island nation in the Indian Ocean, witnessed the deadliest attack on its soil since civil war. There were more than 700 casualties with 200 people dead including 30 foreigners. The targets were chosen in a way so that the attack could get maximum international media attention. The Christian community, which constitutes only 7 percent of the island’s population, was the first target of the attack, as three of the sites were churches. The attacks were coordinated in very sophisticated manner and were strategically carried out on the day of Easter. The other major targets were three upmarket hotels of Colombo, which were hit with the aim to hurt the tourism industry of the country. Sri Lanka receives large number of foreign tourists in the summers and the industry constitutes a major part in the economy of the country. 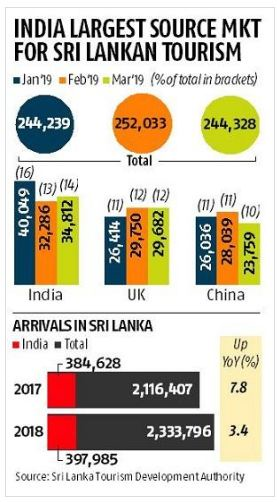 Tourism is a major source of foreign exchange for Sri Lanka and almost a quarter of the GDP is directly or indirectly related to this sector. The country, with 2.1 crore population, received 21 lakh foreign tourists in 2017, and more than 23.3 lakh tourists in 2018. Thus, every year Sri Lanka receives foreign tourists more than ten percent of the total population. Majority of these tourists are from India, China and United Kingdom. In 2019, the country received 2.4 -2.5 lakh tourists per month. In January, the three largest source countries sent more than one third of the total tourists with India, UK, and China accounting for 16, 11, 11 percent of the tourists respectively. 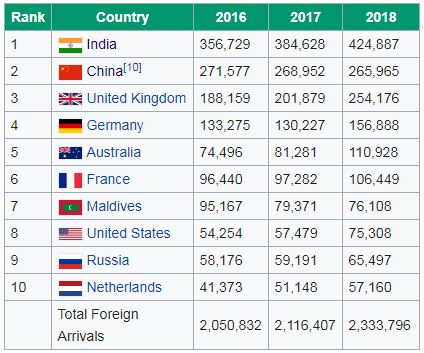 It is very clear that the main intention of the terrorist attack was to wreck the economy of the country. Targeting Christian community and posh hotels was a part of the plan to get maximum international media attention. This would hurt the economy of Sri Lanka in two ways- the number of foreign tourists would go down sharply and the international investors would pull out the money from the stock market of the country. Sharat Dhall, chief operating officer (B2C), Yatra.com said, “The unfortunate attacks in Sri Lanka have happened just ahead of the peak summer travel season. Sri Lanka has always been a preferred travel option for Indian tourists. While it is early to quantify the impact of this incident on travel to the country, we anticipate a short term effect on bookings with some travelers preferring to shift to other destinations for their summer vacations.” 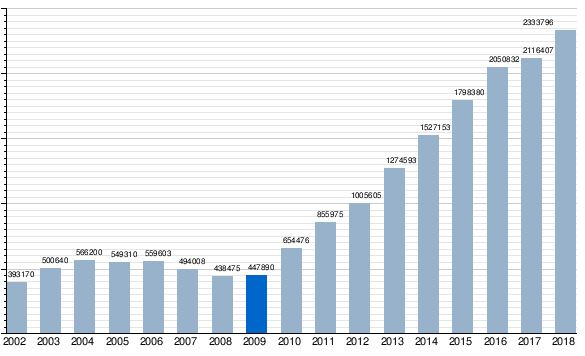 In the last one decade, the number of foreign tourists in Sri Lanka has gone up exponentially. The country received only 4.4 lakh tourists in 2008 and the number reached to 23 lakh in 2018, a fivefold increase. This surge in the tourist numbers was a result of to end of civil war in the countries. For decades, the island nation was wrecked due to tensions between Sinhalese and Tamil population. Sri Lanka became more prosperous than India in terms of per capita income in less than a decade.

The terrorist attacks would weaken the economy of the country and the island nation would be in chaotic situation once again. Some people from Islamic extremist groups are under suspicion for the attacks. The Muslim community, which makes up almost 9.7 percent of the total population, populates the coastal areas of the country.