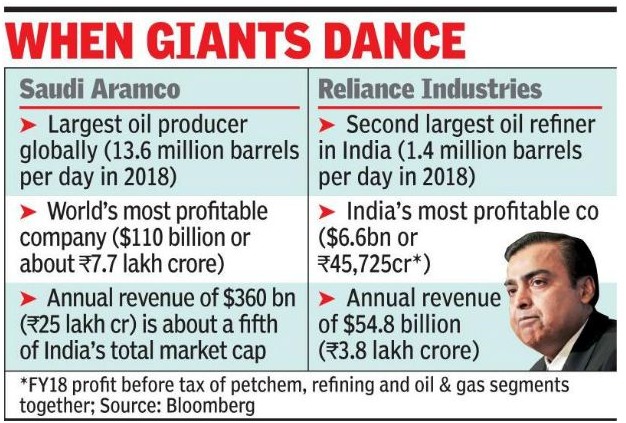 Saudi Aramco wants a larger presence in the Indian oil and gas business. The country is the third largest consumer of oil. The appetite of Indians for energy is growing and refining capacities need to be expanded.  India has the fourth largest oil refinery capacity in the world after United States, China, and Russia. The US has refining capacity 841 MTPA while China has a capacity of 589 MTPA. China alone accounts for 41 percent of Asia’s production capacity while Russia has capacity of 282 MTPA. India has 266 MTPA production capacity and may soon overtake Russia. 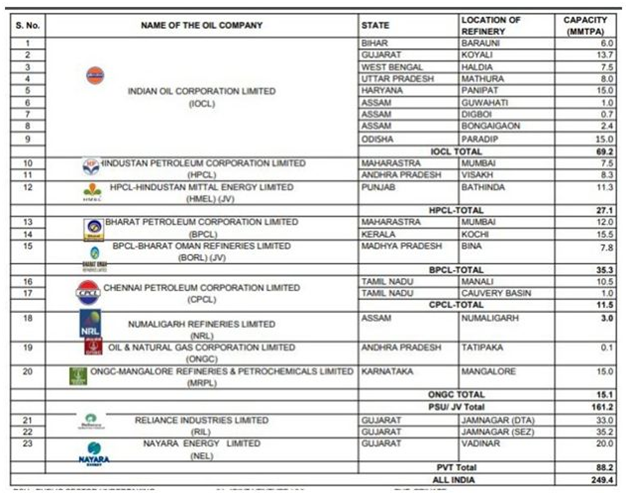 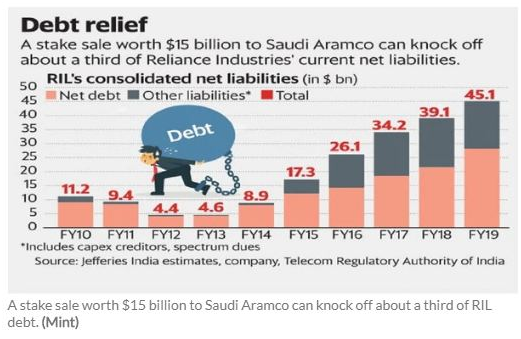 The deal would help Reliance Industries to knock off debt. The consolidated net liabilities of the company have grown exponentially in the last few years. In the fiscal year FY 19, the company has a net liability of 45 billion dollars which is almost 40 percent its total valuation. The debt has grown due to its entry in telecom business with Reliance Jio which distributed more freebies than any politician of the country could imagine. The company wants to free up the resources from refinery and petrochemical to focus on consumer and telecom. This is the reason behind the plan to create separate entity for the petrochemical business.

The Reliance plans to use company funds for the consumer and telecom business while the investor’s money would help it with Jamnagar refinery expansion plans. “RIL will not invest further in oil and gas in a significant way. Even if it does, it will utilise investors’ funds, not the company’s or of its shareholders. They may use funds from this deal to fund their Jamnagar refinery’s expansion,”said an official.

If the deal between Reliance and Saudi Armco is finalized, it will help both companies as well as the oil and gas industry of the country. The demand for oil and gas expected to grow in upcoming years given the growing economy, the investment by Saudi Aramco in Reliance Industries and Ratnagiri Refinery and Petrochemicals would help India fulfill the growing energy demand.

The plight of Congress-NCP : Top NCP and Congress leaders are openly campaigning for the BJP-Sena alliance in Maharashtra