Phenomenal efforts to increase road connectivity made by NDA

BJP has made huge promises on the infrastructure front in the manifesto of 2019 general election with an investment of 100 lakh crore rupees in the next five years. The party also made grand promises in the 2014 general election manifesto and delivered one most of them in the last five years.  The Modi government built 2 lakh km of new roads across rural India. In the last four and a half years, the government built 109 km per day compared to 95 km per day under the UPA government. 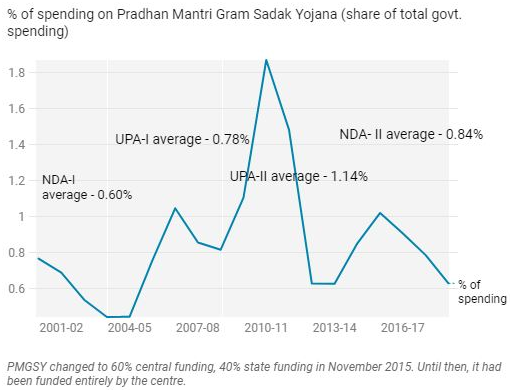 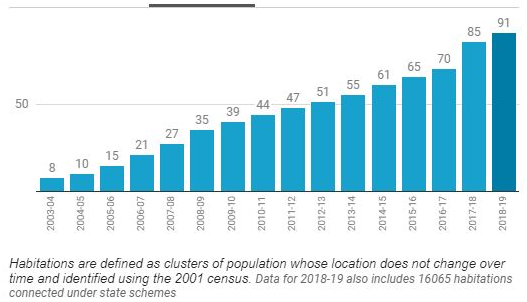 When the Modi government came to power in May 2014, only 55 percent of total habitations of the country were connected to roads. In the last five years, it reached 91 percent and by the end of ongoing fiscal year every habitation would be connected to road.

The five poorest states – Bihar, Madhya Pradesh, Odisha, Rajasthan and Uttar Pradesh got 50 percent of all new road construction. Most unconnected habitations are in Northeastern states. The Modi government has increased the infrastructure spending in the northeast considerably, in upcoming years villages in these states would be connected. 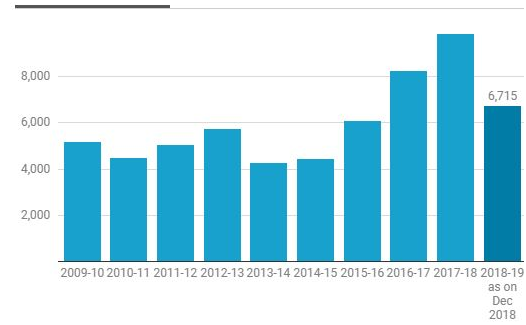 The rural roads are helpful in generating non-agricultural jobs that are crucial for the rural economy. These roads also provide transportation facilities for the agricultural produce and farmers get better return for grains by selling it in bigger markets. The road construction spree by NDA government would help the rural economy as well as overall GDP growth. This would also help the party in upcoming general election.

BJP announces subsidised Re. 1 ration packages along with other promises if voted to power in Odisha