Indian media is well known for sensationalising issues. To attract more eyeballs, media organisations exaggerate everything and make sensational headlines. The print medium is relatively better but few websites and almost all the television channels are more of Ekta Kapoor serials than platforms for sensible coverage and informative reporting.

The left-liberal media establishment collaborates with the opposition, mainly Congress which has nurtured and nourished it since the days of state monopoly over media and spreads ruckus. The state monopoly over media ended in last the few decades but the subservience of left-liberal media to Congress remains the same. The people in the media still pursue fear and rumor-mongering in the direction of their political masters.

The disdain of Lutyens’ media towards BJP is clearly visible from the coverage of important policies and issues. In 2017 when 70 infants died in Gorakhpur’s BRD Medical College due to encephalitis, the media blamed Yogi Government for this. However, the fact was that encephalitis was a major issue in the area well before BJP came to power in the state. Yogi Adityanath raised the issue in parliament when he was MP of Gorakhpur but the media ignored all this and held the newly elected government of the state responsible for this.

The hypocrisy of the media is exposed as there is very little coverage of the fact that the deaths by Encephalitis dropped by 66 percent in 14 most affected districts of Eastern Uttar Pradesh.  The total number of deaths by Encephalitis was 187 in 2018 against 553 in 2017. The number of reported cases in 14 worst affected districts of East UP also dropped to 2,043 in 2018 from 3,817 in 2017. The ratio of saved patients to the total number of admitted patients increased to 0.11 in 2018 from 0.7 in 2017. The record for the ongoing year is much better, 35 cases of Encephalitis reported in 2019 so far and all of them were saved. Therefore the success rate is 100 percent and no death from Encephalitis has been reported so far.

After the tragedy in Gorakhpur’s BRD Medical College, UP government prepared ‘Action Plan – 2018’ in collaboration with WHO and UNICEF to combat the Acute Encephalitis Syndrome (AES) and Japanese Encephalitis (JE). The government also launched a vaccination drive to combat JE, sanitation and information campaign to check AES which has no effective vaccination. 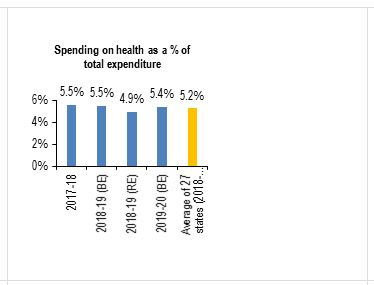 The short-sighted and ideologically polarised anchors and journalists in English media reported the Gorakhpur tragedy in a very partial manner to defame the newly elected BJP government. Indian media exaggerates every issue and the TV shows lack mature content. The media needs to behave more responsibly and should have the national interest in the top of their priority list.