2018 has been a bad year for Chinese economy, here’s why

The trend in the last few months gives a clear indication that the Chinese growth story is over. For almost 4 decades, the Chinese economy registered near a double-digit growth but now it is not able to sustain the same. The country has posted quarterly growth of 6.5 percent in the September quarter. This is the lowest quarterly growth in the decade and China has never been in such a bad condition since the global economic slowdown of 2008-09. Many corporate houses in China have defaulted on bonds with delinquencies spiked to the highest in 2018. The private sector, as well as public sector companies, are zooming towards a year of a record-high corporate bond default. Shanghai stock exchange has shed almost 3 percent value and reached to 2470 points from 3280 at the start of this year. The Chinese government tried to push the economy through huge stimulus packages and infrastructure spending but growth has remained subdued. In order to push growth, debt to GDP ratio reached to almost 270 percent. The economists and policymakers suggest another major stimulus package to reaccelerate the declining growth but the government is well aware of its failure. Perhaps this is the reason behind Xi Jinping’s conservative stance towards the stimulus package. The following charts suggest about economic future of China. 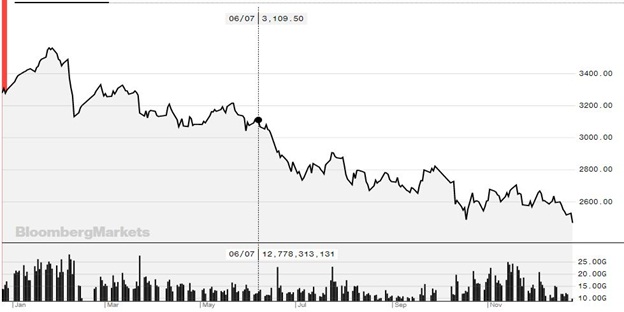 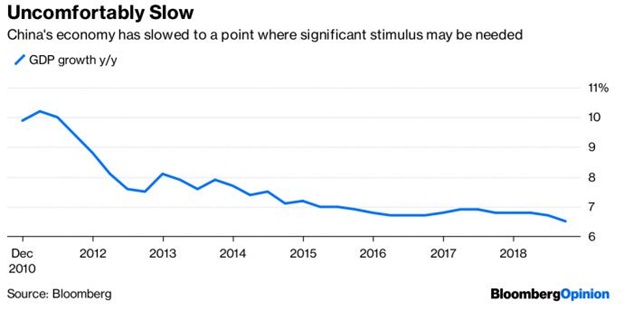 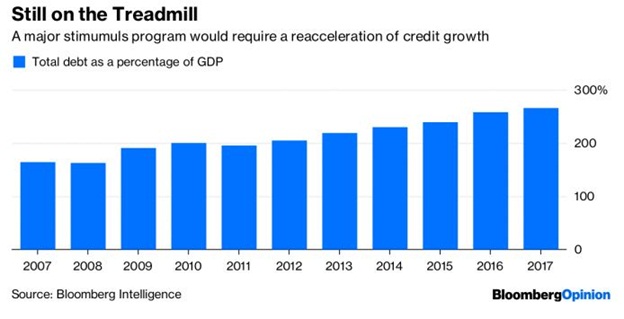 It seems that China did underestimate the impact of the trade war with the United States on its own economy. The heavy tariffs imposed by Trump administration decreased the exports of China. In the last four decades, China has established itself as the ‘factory of the world’ and its economic growth heavily relied on the exports of goods manufactured at cheap rates. The backlash against globalization and free trade across the world which resulted in increased ‘protectionism’ has ultimately hurt the Chinese economy.

The economic slowdown in China came along with major failure on the foreign policy front. Belt and Road Initiative (BRI), the major foreign policy tool of Xi Jinping seems to be failing in many countries. China’s most ambitious project to connect itself with Africa, Central, and Southeast Asia, Europe, and the Middle East through transportation infrastructure could be compared to post WW II Marshall Plan by the US to rebuilt western Europe. The US established itself as the ‘hegemon’ in Western Europe through the Marshall Plan but BRI failed to pay the same dividend for China. The dragon wanted to economically colonise poor countries in Central, South and Southeast Asia through this ambitious project. 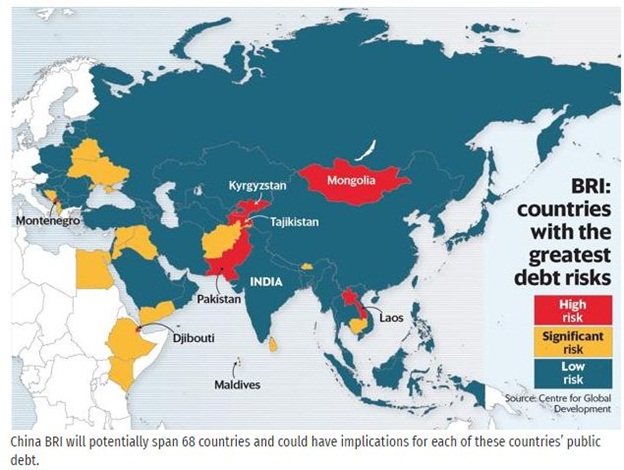 The ‘debt trap’ diplomacy of China is also failing as many countries including Bangladesh, Hungary, and Tanzania, Sri Lanka, Malaysia, Myanmar either renegotiated BRI or have cancelled it. Myanmar renegotiated the cost of Kyaukpyu port from $7.3 billion to $1.3 billion. The newly elected PM of Malaysia, Mahathir Bin Mohamad cancelled BRI projects worth 23 billion dollars.

The failure of the Chinese economy and the BRI has diminished the aura of the country and its ‘paramount leader’, Xi Jinping. Recently, Canada arrested Huawei’s chief financial officer, Meng Wanzhou on an extradition request by the US over money laundering charges. Huawei has been accused of ‘cyber espionage’ by western nations. Five Eyes alliance which comprises Australia, Britain, Canada, New Zealand, and the United States along with Japan and Germany has planned to cooperate to neutralize China’s increasing international influence.  “Consultations with our allies, with like-minded partners, on how to respond to China’s assertive international strategy have been frequent and are gathering momentum,” said a US official.

The failure of China on both economic and foreign policy fronts and west’s grouping against the dragon are set to diminish China’s global influence in the upcoming years.

Madhya Pradesh, Chhattisgarh and Rajasthan on the verge of bankruptcy

India’s Russia push is here: After deciding to invest in the Russian Far East, India to connect Mumbai with Moscow through Chabahar

Love for nephew, ousting of candidates, new candidates, and ego – Mamata has pressed the self-destruct button