The resentment against Chinese businesses is growing in the Pakistani society and its businesses. The recent attack on Chinese consulate in Karachi is nothing but the culmination of growing anger in Pakistani people against the Chinese encroachments in disguise of businesses and projects like China Pakistan Economic Corridor (CPEC). The way CPEC is being developed seems very different from a typical Foreign Direct Investment (FDI) as the majority of the contractors and almost all the executives of these projects are Chinese. Thousands of Chinese people are living in Pakistan for the execution of projects under CPEC.

There is wide cultural difference between the Chinese and Pakistani people. The socio-cultural friction between the Pakistani society and the Chinese people working in Pakistan causes unrest. The Chinese people working in Pakistan are westernized in their traits and also seem to be atheists. On the other hand, majority of the people in Pakistan are devout Muslims and label westernization and modernization both as sins. Many newspapers and websites have reported about the objections of Pakistani to the way Chinese women workers dress.

Pakistani government has tried to convince its people to avoid the cultural traits of the Chinese officials. Pakistan has no option left than to ignore the differences, as the Chinese government has granted huge loans to the country. But on the other hand, the defiance of the people against Chinese culture remains the same. The government of Pakistan needs to understand how different its people are from Chinese and these differences can not be bridged with money or anything else.

There also exists Lahore-Karachi rivalry angle in the operation of Chinese businesses. While Nawaz Sharif government was in power, Lahore based businesses houses were favored in business projects. But the election of Imran Khan was backed by Karachi based business houses and now with Khan’s government at the helm of state affairs, Karachi lobby seeks to renegotiate the CPEC project deals. The Karachi lobby wants previous contacts to be scrapped and renegotiate the deal which will allow them to bag the contracts earlier awarded to the Lahore business lobby. However, the Chinese companies are not in favour of renegotiation because earlier deals were favorable to them.

Karachi-based businessman, Abdul Razak Dawood who is also an advisor for Commerce, Textile, Industry & Production, and Investment to the Pakistan PM, had raised questions on CPEC deal and the allocation of projects. “The previous government did a bad job negotiating with China on CPEC – they didn’t do their homework correctly and didn’t negotiate correctly, so they gave away a lot. Chinese companies received tax breaks, many breaks and have an undue advantage in Pakistan; this is one of the things we’re looking at, because it’s not fair that Pakistan companies should be disadvantaged,” said Dawood in an interview. 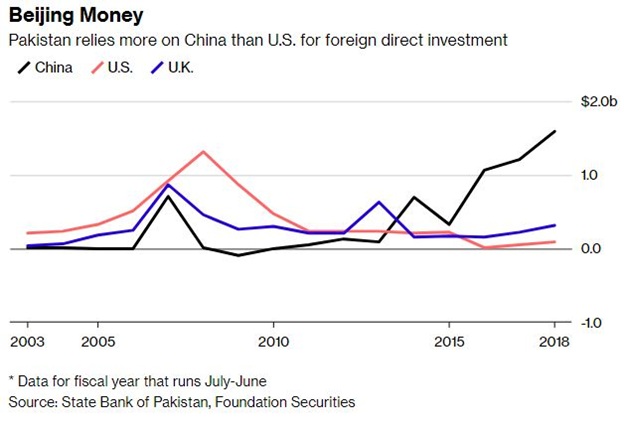 The huge debt and FDI which Pakistan owes to China has kept the Pak government on its toes. Pakistan’s foreign exchange reserve had dwindled considerably last year and continues to do so this year as well. It has come down to a meagre US $ 10.8 billion in May 2018 from the US$18.1 billion in April, 2017. In the fiscal year, 2017-18, Pakistan received $4.5 billion worth of loans from China apart from $ 1.5 billion trade facility. In the preceding year, China had extended $ 3.9 billion worth of loans to Pakistan. Therefore, in the garb of CPEC China has been doling out loans to the Islamic nation and encroaching in its sovereignty. Notwithstanding its shoddy and brief history, Pakistan is moving towards its darkest phase.

Congress cries foul on EVM even before results