How Demonetisation weakened the Naxals?

by Shubham Singh
in Analysis

When the Modi government came at the helm of affairs in 2014, one major challenge was of tackling the Naxals, who had by then gripped vast tracts of land right in the middle of the country under their influence. The government is countering the Naxals on all the fronts through anti-Naxal operations, increased developmental work. The government has also countered them on the ideological front with their finances chocked. Former BSF DG Prakash Singh once stated, “You choke their (Maoist) finance and ammunition and they are finished.”

The Modi government has not been only clamping down by way of encounters and combing operations but has devised a holistic strategy to corner the Naxals from all the sides. The demonetization move of the Modi government in 2016 has hit the Naxals hard. According to a research conducted by Public Policy Research Centre (PPRC) which based its findings on field works in Rajnandgaon, Sukma, Bijapur and Narayanpur districts of Chhattisgarh in July and August this year, claimed that demonetisation has affected the Maoists badly. Vinay Sahasrabuddhe, Director, PPRC and a Rajya Sabha MP from the Bharatiya Janata Party said, “The demonetisation broke the backbone of naxals in Chhattisgarh by invalidating maximum of their stored money in high currency notes.”

The report claims that the annual collection of Maoists through extortion and ‘levy’ from Chhattisgarh alone, ranges somewhere between Rs 350-400 crore. This large amount of money has been used to buy arms and ammunition, vehicles, or invested in real estate sector to further generate more money. Various methods are employed in order to store such large amounts of money. Money is packed neatly in multiple layers of polythene, kept inside wooden or metal box. Then these boxes are carried to various parts of naxal affected areas through vehicles. Naxals also convert money into gold coins or give it to their businessmen friends to invest it in some businesses. Later on, the money is returned to them when it is required. However, demonetisation of higher denominations currency notes made all the stored cash by Naxals, completely useless. ED has seized property worth Rs 1.5 crore, 32 acres of land and cash amount of Rs 2.45 crore, including Rs 1 crore, during the demonetisation exercise.

The research conducted by Public Policy Research Centre (PPRC) suggests that the Demonetization has helped in curbing the finances of Naxalites and has also exposed the involvement of villagers, local contractors, lobbyists, activists, supportive and subordinate organizations. According to media reports, more than 50 banks in Naxal-hit areas of Chhattisgarh have recorded deposits of nearly Rs. 20 crores within two weeks. The Police suspected that the money belonged to Maoists. Special Director General (Naxal Operations and Special Intelligence Bureau) Durgesh Madhav Awasthi told ANI, “We have issued an instruction that after demonetisation. The Naxals will bring out huge hoarded money buried in the ground for mobilisation in a bid to save it from becoming illegal tender. They are applying two-way approach to save their money: first, they are returning old money to their contractors and asking them to provide new currencies after getting it converted; secondly, they are using their rural and urban networks to deposit their money in banks.” On 19 November 2016, a villager was arrested by the Police in Muriyapada, Bijapur district, Chhattisgarh, with Rs 6 Lakh in old denominations. He was going to bank to exchange them with the news notes. The villager later on had reportedly accepted that money was given to him by Maoists in order to exchange them with the new notes.

Alok Verma, an aide of Maoists in Chhattisgarh arrested by the police, revealed several details related to the Maoists’ transactions and spending which happened after demonetisation. He revealed that the Maoists provided him with old demonetised notes worth Rs 92 lakh to exchange them with the new ones. Verma said that after exchanging the old notes, he bought agricultural land worth Rs 33 lakh, gold and silver jewels amounting to Rs 4 lakh, a Swaraj Mazda vehicle, a Mahindra pick-up vehicle and a motorcycle. Verma also returned Rs 30 lakh to the Naxals.

These monetary resources play a pivotal role in arranging weapons to unleash violence against commoners including tribal people and the security forces. Demonetisation played a significant role in highlighting the linkage between monetary resources accumulated by Naxalites through different sources, as claimed by the report.

The report further claimed that in comparison to 2015, the number of incidents pertaining to Naxal offences has decreased significantly by 20% in Chhattisgarh in the year 2017. This was mainly because of demonetisation. Because of the cash-crunch, Naxals lacked money to arrange resources to carry out attacks against the forces and common people. During the same period, the number of Naxals arrested or surrendered registered a rise of 55%. In the year 2015, 512 Naxals were arrested or made to surrender; it went up to 796 in 2017. The lack of resources caused by the demonetisation exercise provided security forces an opportunity to bring Naxalites in the mainstream and thereafter getting them surrender. 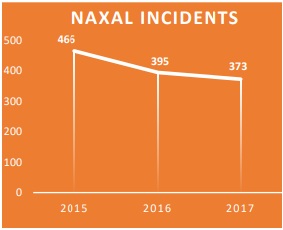 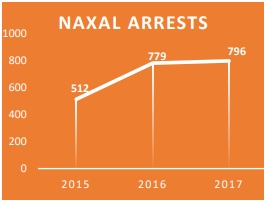 The demonetization exercise has also led to the implementation of many government schemes in Naxal-hit areas. According to the report, in Sukma alone, over 1500 solar pumps were installed in the last two years. Recruitment in the Naxal cadre has also registered a decline. It has come down to a two digit-number in Sukma district. With a single stone, the government has killed many birds. Demonetisation helped security agencies to gain success in developing local intelligence. When the crisis hit Naxals during demonetization, the police engaged the local communities and provided them with food, medicines, clothes and other essential goods. All this helped the police in gaining trust and confidence of the local population. The police also got success in convincing people to help the government in ending the menace of Naxalism.

Most importantly, demonetisation helped in unmasking many Urban Naxals and their organizations especially, the Kabir Kala Manch. Naxalists are funded by their urban sympathisers. Urban Naxals are the ones who provide intellectual, monetary and legal support to Naxalites.  Both of them work in tandem to overthrow the democratic structure of India and occupy power in Delhi through armed rebellion in order to establish a communist state on the lines of Maoist China. Post demonetization, Naxals used NGOs’ run by Urban Naxals to launder invalidated currency. Security agencies identified many such NGOs’ and blacklisted them after proper investigation. The following quote of Marcus Tullius Cicero, the influential politician of Ancient Roman Republic, aptly defines the Urban Naxals, “A nation can survive its fools, and even the ambitious. But it cannot survive treason from within. An enemy at the gates is less formidable, for he is known and carries his banner openly. But the traitor moves amongst those within the gate freely, his sly whispers rustling through all the alleys, heard in the very halls of government itself. For the traitor appears not a traitor; he speaks in accents familiar to his victims, and he wears their face and their arguments, he appeals to the baseness that lies deep in the hearts of all men. He rots the soul of a nation, he works secretly and unknown in the night to undermine the pillars of the city, he infects the body politic so that it can no longer resist. A murderer is less to fear.”

The Urban Naxals are also no less than traitors.  Sitting in their Lutyens’ bungalows and intellectual comfort zones, these Urban Naxals extend intellectual and financial support to the armed Naxalites who are killing their compatriots to capture the power through armed struggle against the Indian state.

Not confined to Chhattisgarh only, demonetisation has made a major impact in Jammu and Kashmir as well. Vinay Sahasrabuddhe said, “There was reduction in the incidents of stone pelting, as was reported in the media.” He further said, “But demonetisation can do only so much. There is also a problem of counterfeit currency from Pakistan and Nepal which needs to tackled.”

Going by statistics, the problem of Naxalism is shrinking both in size and severity with demonetisation playing a great role in it. In fact, Naxalism is more or less restricted to four Naxal pockets in the states of Bihar, Jharkhand, Chhattisgarh and Odisha. Ninety percent of the Naxal attacks took place only in these four states. Even in the severely affected states, there have been fewer instances of Naxal violence. However, this success has not come easily for the government. It has been the result of a revamped strategy taken up by the Modi government and the Home Ministry.

The government is hitting the Naxals where it hurts them the most. In a massive counteroffensive launched by the government, top level Naxal commanders and informers have been targeted. The construction and development activities are in full swing in the Naxal affected regions which is slowly taking the tribal areas out of wilderness. The Naxals no longer enjoy the cover offered to them by dense jungles. Naxals are exposed in the open and are no longer able to move their men and ammunition as freely as they used to do. After the demoetization exercise, the focus of the government is on giving a final blow to the naxals by further intercepting their funding and investment links. 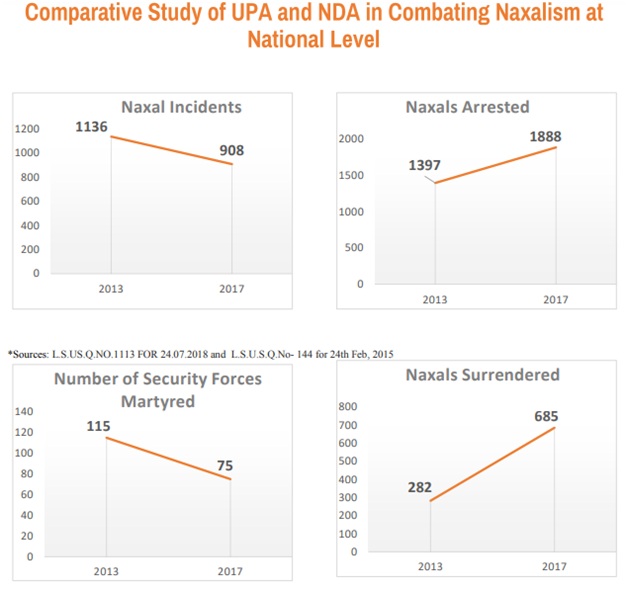 Thus, it is clear, the demonetization drive not only helped in rooting out corruption and providing a push towards the formalization of the economy but it also dealt a telling blow to one of the most pressing internal security problems.

‘Back off, Taiwan is not China,’ EU stands up for Taiwan and leaves China red-faced