The Wire peddles another lie to defame Indian Railways

Even as the entire nation is mourning the grave tragedy that occurred yesterday during the Dussehra event in Amritsar, there are certain news traders who are trying to trivialise this event and mislead the general public in order to please their political masters. It is highly condemnable how certain people are trying to indulge in blame game over this issue and trying to twist the facts surrounding the tragic moment.

This time around it is The Wire, a leftist media outlet which is known for its staunch anti Modi views and inherent prejudices. It has again been caught peddling lies. Disgraced journalist Abhisar Sharma peddled a lie while speaking for The Wire. He tried shifting the blame for the tragedy that unfolded yesterday and claimed to have found the ‘smoking gun’. He alleged that the top light of the DEMU involved in the mishap yesterday was not working. Abhisar then implied that since the top light was not working and therefore, the vision of the loco driver must have been hampered. He also raised the question whether the accident took place because of malfunction in its top light. Thereafter, he plays a video clip with a train whose top light is turned off and claims that it is the same DEMU, Jalandhar-Amritsar Express.

Abhisar Sharma then vociferously tried raising the question as to who is liable for this accident given that the top light of the DEMU involved in accident yesterday was not working. He further alleged that a number of accidents take place only because the top light of the concerned train might not be working. In a desperate attempt to blame the Railways, he questioned why the top light of the DEMU involved in the accident was not working. He did not stop here and claimed that even the driver of the train must also come under the scanner. Finally, Abhisar Sharma tried to make use of the tragic deaths that occurred yesterday and the emotions of those who survived the deceased. He also tried further politicising the tragedy by opining that even though organisers might be at fault, we must question the Railways minister, Piyush Goyal about the malfunction of the top light. 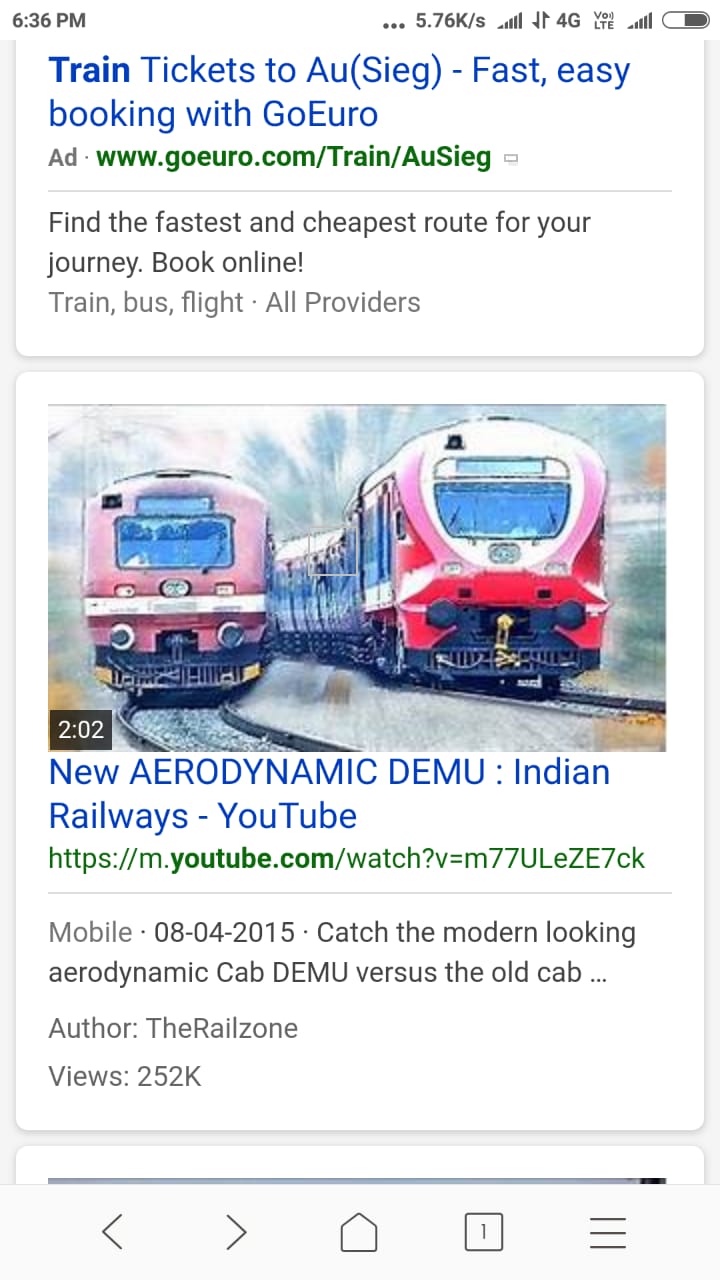 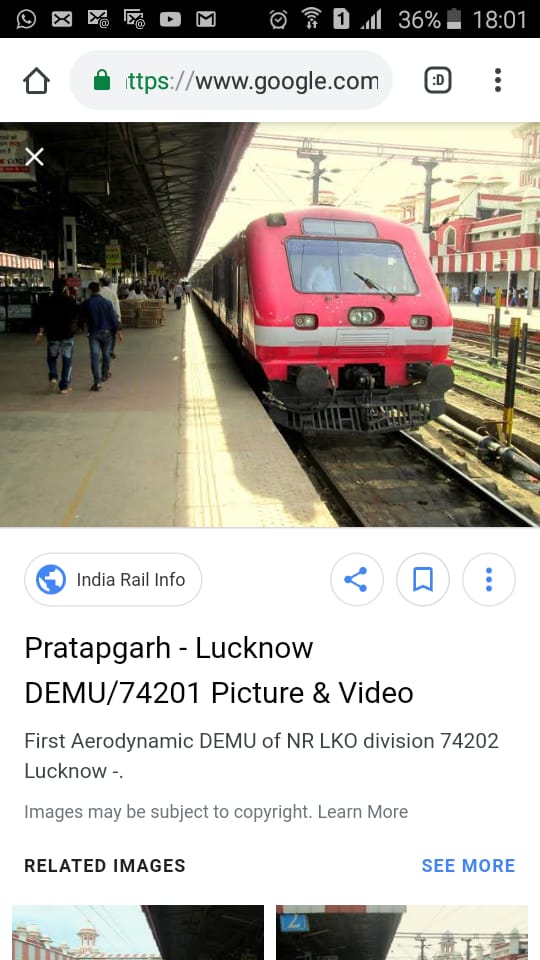 Therefore, The Wire has been caught shamelessly lying about the mishap that occurred yesterday. It claims that the top light of the train involved in the tragic accident yesterday was not working, when in fact the locomotive does not have any such top light, as seen in the pictures below. 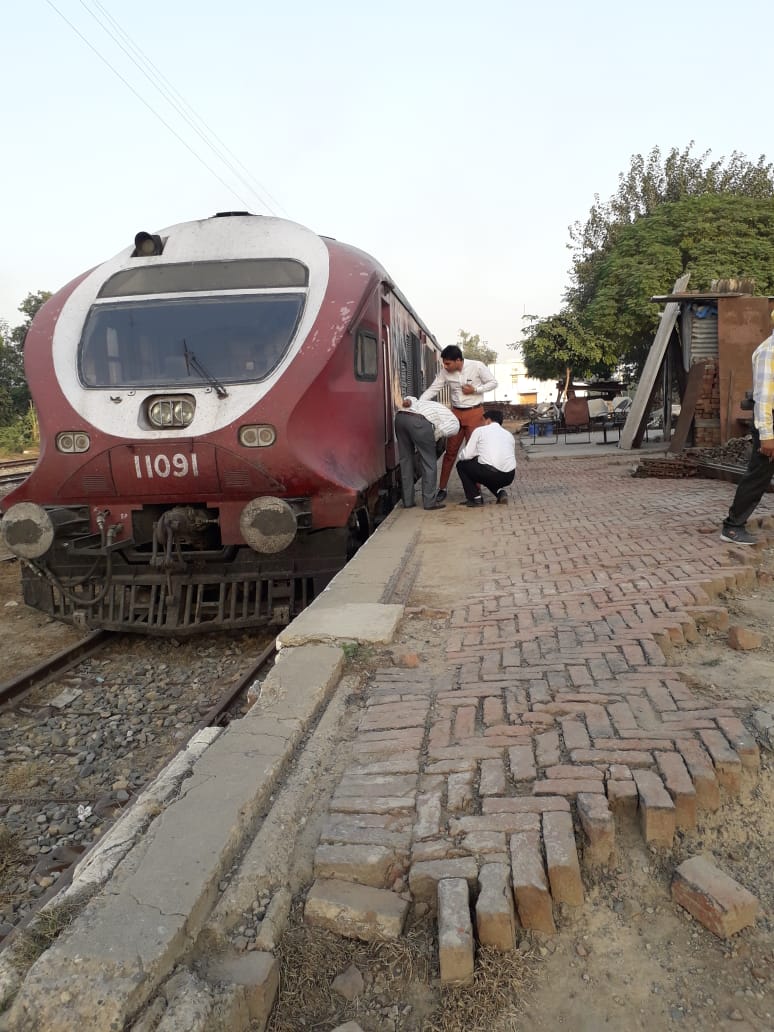 It is beyond comprehension how there could have been a malfunction with the top light when in fact there is no such top light. Indian Railways have variants of DEMU power cars i.e. DPCs having different shapes.
Conventional DPCs of 700 or 1400 HP have provision of headlight above the driver look out glass what is being shown in video news clip of The Wire. 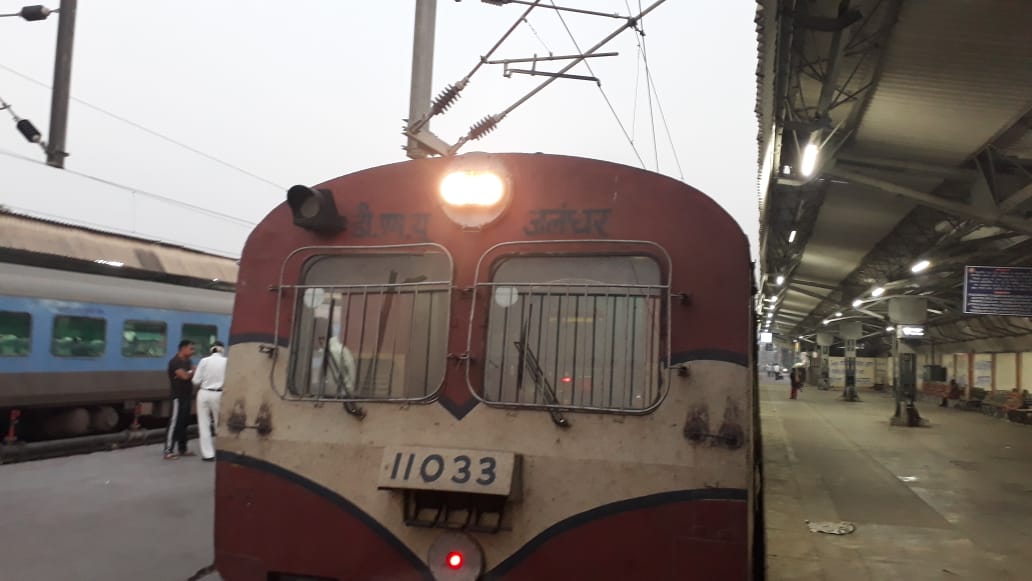 But DPC 1400 HP with aerodynamic profile have headlight provision under the driver lookout glass.
The DEMU involved in the incident has aerodynamic profile and therefore has headlight below the lookout glass
And this was on as seen the video as well as confirmed by loco pilot and other officers who examined the DEMU after the incident at Amritsar.

It is clear that The Wire is being faithful towards the interests that it serves by blaming the Railways for the tragedy. It had become public knowledge that it was because of the organisers’ negligence that the mishap occurred and the Railways was not even in the picture. The Wire, however, wants to shift the entire blame on the centre and is shamelessly lying about the reason of the heart wrenching deaths that occurred yesterday evening.

Ayodhya Art Festival: A celebration of the historic city and its cultural heritage