The emergence and rise of Caste politics in India.

by Guest Author
in History

When we talk of caste, we could mean two things: jati or varna.
Our learned elites harp on the jati system when we talk that varna does not matter in the present market economy but remarkably switch to the varna system while discussing History so as to show that Hinduism could never exist without the caste system and that it has its roots in the Vedas.

The word caste itself is derogatory, it means ‘pure breed’ and yet not one JNU jhola-chaap has questioned this colonially derived term for its offensiveness. Are we Indians horses or dogs? Or ripe for slavery so our breed could be our USP or brand in the slave market? So why are our immediate identity reduced to our ancestor’s choice of partners?

The colonial overlords who institutionalized Caste were willing to overlook the fact that although there was caste endogamy there was strict gotra exogamy that prohibited any hint of inbreeding in the population so these jatis were anything but pure breed.

In the Vedic era, family lineages were organized as clans or Kulas headed by a Kulapa. These organized into shrenis or guilds of people engaged in the same profession and found representation in the courts in the Janapada period. Even though these small kingdoms were annexed by powers like the Mauryas, these courts weren’t disbanded and the political structure was that of self-sufficient village republics. Guptas and Rajputs too did not actually tamper with them because Hindu Dharmashastras and Arthashastra talks of minimal State that is only concerned with public protection, public order and public welfare in the narrow sense (like roads and irrigation tanks).

Jatis began to take political life perhaps in medieval India when the State was far more interested to plunder temple wealth and convert people than protect them from invaders.
Otherwise agricultural jatis like Gurjars and Jats took warring roles and resisted State power. It is documented how Dadaveer JograjSingh Gurjar of Khubed (Panwar) clan commanded armed resistance to Taimur’s invasion.
Rajputs were far more interesting in this aspect. The same Marwari word denotes both alliance and betrothal: ‘Sagai’. 1 Marriages were mostly outside clans and bolstered the political weight of both parties in the entire community which were usually strictly divided on clan and status differentials. 2Inside the clan, the concept of ‘Bhaibandh’ or brotherhood meant that the entire clan controlled the lands. The Rajput Raja in effect was a nominal head selected by primogeniture who presided over the decision of his clan Sardars who took collective decision as an extended family.3 Thus, even if a king were defeated or killed in battle, other people of his clan would not forgo those lands for it belonged to the clan as a whole and would continue fighting until it was recovered.

Jatis achieved more consolidation as the Mughal Empire began to shrink. Susan Bayly’s thesis on caste showed how castes began to assume political roles just to fill the power vacuum so that the security of the kin could be protected. 4

The advent of the British changed this in two ways. They wanted to replicate The Enclosure system of England in Bengal and Awadh without understanding the Society. Indian agriculture relied on a combination of caste structures exrcising a right on a given land through levels of ownership such that everybody in the chain from the ruler to the tillers who are the agricultural labourer received a share of the yield. Earlier, every stakeholder had to be present near the land so that his income share would not be siphoned by other stakeholders. Permanent Settlement changed this and thus a new class of absentee landlords emerged who weren’t interested in increasing the yield but wanted to live off the agricultural surplus.

Further, the gradual decline of handicrafts thanks to England’s trade policies meant more people migrating to the agricultural sector for primary income and their daily morsel which in turn increased caste competition.

However, the most fatal blow had to be the appointment of race scientist Lord Risley for surveying and identifying caste.  A caste hierarchy was created, every people mapped to it and policies designed so that commn people had to mention caste to avail government benefits.

Overall, scholars feel that this kind of direct attempt to count caste and to officially record caste status changed the institution itself. Before this kind of intervention, caste identities had been much more fluid and less rigid; once they began to be counted and recorded, caste began to take on a new life. …..

The land revenue settlements and related arrangements and laws served to give legal recognition to the customary (caste-based) rights of the upper castes. These castes now became land owners in the modern sense rather than feudal classes with claims on the produce of the land, or claims to revenue or tribute of various kinds. Large scale irrigation schemes like the ones in the Punjab were accompanied by efforts to settle populations there, and these also had a caste dimension.

Once caste faultiness emerged, this became a godsend opportunity for the British to intervene and divide the society. Nicholas Dirk documents how the British used castes and furthered their Divide and Rule Policy in numerous occassions.6

It should be noted here that by most records, caste was no barrier in availing State sponsored secular education in the 19th century. 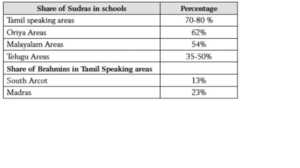 One could have wished that such a malicious attack on the jati system would go away after we achieved independence. However, while the White Sahibs left, Brown Babus were left behind.

For administrators like Nehru, who had taken the adroit task of ‘discovering’ India a good four thousand years after its civilization had benefitted the world; Jati was a hindrance for Indians to achieve Socialism, where equal income and centralized production were to supersede all other such colloquial village identities.
The Nehruvian State was in direct competition with the intrinsic governance structure present in the jatis as it tried to become a nanny State by foraying into sectors like Social Security and Industrial training.

Yet even in 2018, the same intellectually bankrupt intellectual class looks upon India and the jati system with the same disdain of 1947.

New evidence suggests that jati system had a huge role to play in India’s post 1991 growth story as well. The World Bank Development Report of 2002 had this to say of TirupurGounders8

“Since 1985 Tirupur has become a hotbed of economic activity in the production of knitted garments. By the 1990s, with high growth rates of exports, Tirupur was a world leader in the knitted garment industry. The success of this industry is striking. This is particularly so as the production of knitted garments is capital-intensive, and the state banking monopoly had been ineffective at targeting capital funds to efficient entrepreneurs, especially at the levels necessary to sustain Tirupur’s high growth rates. What is behind this story of development? The needed capital was raised within the Gounder community, a caste relegated to the land-based activities, relying on community and family network. Those with capital in the Gounder community transfer it to others in the community through long-established informal credit institutions and rotating savings and credit associations. These networks were viewed as more reliable in transmitting information and enforcing contracts than the banking and legal systems that offered weak protection of creditor rights.”

This is not at all an isolated case but only the tip of an iceberg. Communities like the Nadars, Kutchis, Patels, Marwaris are well documented in the realm of their networking in business.

Of late, India’s futile war on the jati system has had a religious motive.

The recent SC judgement that questioned the legality of Khap Panchayats went overlooked because of the stigma of caste associated with it. Yet, one of the party to the petition that asked for a ban on Khap Panchayat received increased Foreign Funding with the progress of the case. 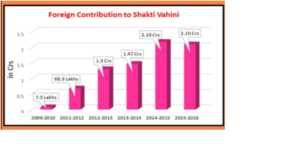 Thus, it can be reasonably said that the misrepresentation of our jati system will not end anytime in the near future. However, countering the narrative with fact is the only way out.

Citing disparity in rights between minorities and the majority, HRD Minister calls on revisit of Constitution

Is US planning to conquer China controlled islands in the South China Sea? Looks very likely