In the year 2017, Prime Minister Narendra Modi became the first Indian Prime Minister to visit Israel. He was accompanied by the Israeli Prime Minister Benjamin Netanyahu for most of his trip. Since then Modi and Netanyahu’s friendship has been one of the most talked about stories in National and International Media. The bonhomie between PM Modi and PM Netanyahu is a win-win for both the countries. Apart from being India’s most trusted defense partner, Israel openly supports India on the issues of combating Pakistan sponsored terrorism.

After PM Modi’s much, His Israeli counterpart Benjamin Netanyahu landed in India on January 14th, 2018. He is on a six day visit to India. Even before it began, the trip was being considered special and historic as it marked the open acceptance of Israel in India. Before leaving for India, Netanyahu was quoted saying, “my trip is intended to strengthen bilateral relations “even more”. This visit is an opportunity to enhance cooperation with a global economic, security, technology and tourism power. Modi is a close friend of Israel and of mine and I appreciate the fact that he will accompany me on extensive parts of my visit.”

On his part, Prime Minister Narendra Modi set aside protocol to personally receive Netanyahu with his characteristic warm hug as he arrived in New Delhi. The Israeli Prime Minister Benjamin Netanyahu had brought with himself a gift from Israel. It was a Desalination Jeep. 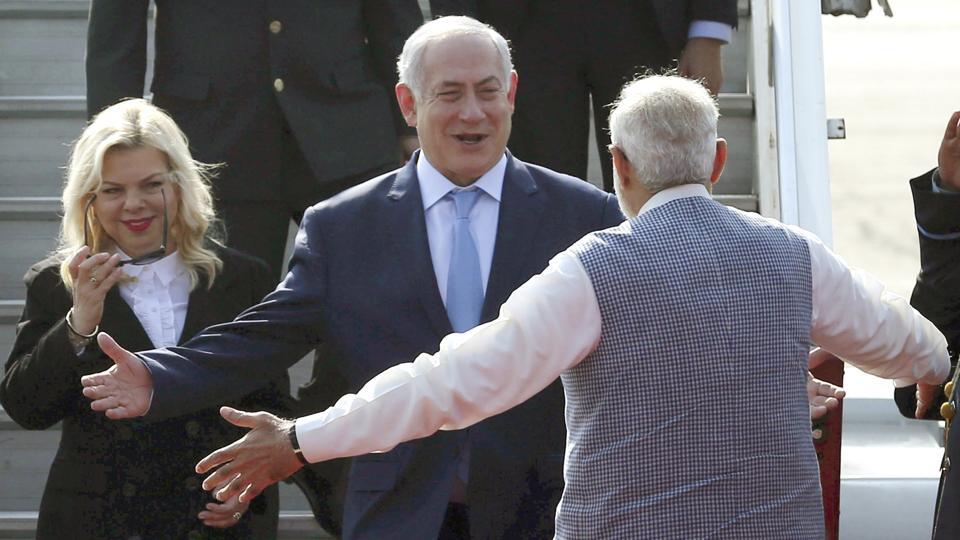 Yes that’s right, the Israeli Prime Minister gifted the Indian Prime Minister a desalination jeep known as The Gal Mobile Water Desalination and Purification Jeep. He couldn’t have brought a better gift for India. In a developing country like India, the desalination jeep is the perfect mobile water treatment system that can be installed in various parts of the country to increase the supply of fresh water. It was dedicated to the people of Suigam village by PM Modi in the presence of the Israeli PM Netanyahu at a function that was held in Ahmedabad.

Major parts in India face the problem of shortage of water each year specially during the summer season. When Prime Minister Modi visited Israel last year, he was shown a motorable vehicle at the Olga beach that can purify dirty water. Benjamin Netanyahu brought that vehicle to India as a gift.

What is Water Desalination?

Water desalination is the process of separating dissolved salts and other minerals from water. Water from brackish, seas, wells, surface (rivers and streams), sewages, and industrial feeds is subjected to pressure (applied and vapor), electric potential and concentration and filtered through specialized membranes to make it potable and usable for everyday needs.

Why PM Modi couldn’t have asked for a better gift?

India is a peninsula, surrounded by seas and oceans from 3 sides. India also suffers from erratic monsoons and hence the desalination technology becomes extremely important for it. It can help India solve the problem of fresh water availability in many regions of India.

India can use the technology and further develop it indigenously as a part of the ‘Make in India’ campaign to create its own desalination jeeps. A live demonstration of the desalination jeep from Suigam village was shown on a screen with the help of video conferencing at an event near Bawla town in Ahmedabad district. PM Modi said that the jeep in the border region will help the BSF soldiers in the region get pure water.  The desalination jeep can purify about 20 thousand liters of sea water and 80 thousand liters of contaminated river water per day.

The choice of the gift doesn’t just showcase the growing friendship between the 2 nation but also the foresightedness of the two prime ministers.

How Much FDI does India need for a double-digit growth rate?