by Abhishek Kumar Singh
in Law
0

Genealogically and anthropologically, it has been tougher for women to survive in society. Though both genders had their respective privileges and accountability, for a major part of history, it was women who bore the brunt of discrimination. The bastion has been broken to a large extent in modernised states. Still, the Armed Forces remained a tough nut to crack. Until February 2020, India was not different.

Nearly 80 women officers in the Indian Army have been cleared for promotion to the Colonel rank. They are not being considered for promotion in Engineers, Signals, Army Air Defense, Intelligence Corps, Army Service Corps, Army Ordnance Corps, and Electrical and Mechanical Engineers. The promotion board is considering personnel from every batch, including the 1992 batch, the year in which women were inducted into Short Service Commissions.

Legal barrier for the first batch

Even in 1992, it was not an easy task. There were strict legislative provisions against inducting women into the Armed Forces. Section 12 of the Air Force Act of 1950, Section 9(2) of the Navy Act of 1957, and Section 12 of the Army Act of 1950 prohibited entry into the Armed Forces in various capacities. It was not a blanket ban, but certainly akin to that. Fortunately, all 3 acts provided discretionary power to the Central government to make provisions for induction of women in Armed Forces.

The first organisation to break the shackle was the Air Force, way back in 1991. The Indian Navy and the Indian Army soon followed suit. While the Navy and Air Force faced less prejudice due to fewer extraneous demands on the human body, the Army did.

The Army’s function is mainly divided into three arms: combat, combat support, and services. Women had SSC in combat support and services, but not permanent commission. In combat, they were not even eligible for selection.

Later, the SC also upheld it. It took the government 8 years to implement it, but only for those women who joined the organisation after notification, and that too in only eight combat support services.

Also read: Reasons behind Grant of Remission in India

The matter ultimately reached the Apex Court. Government arguments relied on ‘pregnancy, motherhood, and domestic obligations, differences in physical capabilities, and the peculiar dynamics of all-male units. Its contention was that due to this, “legitimate dues of male officers” had to be compromised. Additionally, border areas and their inhuman peculiarities were cited as another reason behind it.

Current Chief Justice D.Y. Chandrachud refuted the government’s argument. He held that the government has itself established that physiological features of women have absolutely no consequence on her Constitutional entitlement. In other words, a woman could not be discriminated against for permanent commission just because she is a woman.

The Court delved deep into the history of women in the Armed Forces. Coveted women personnel like Lieutenant Colonel Sophia Qureshi, Lieutenant Bhavana Kasturi, among others, were cited as evidence of woman power. 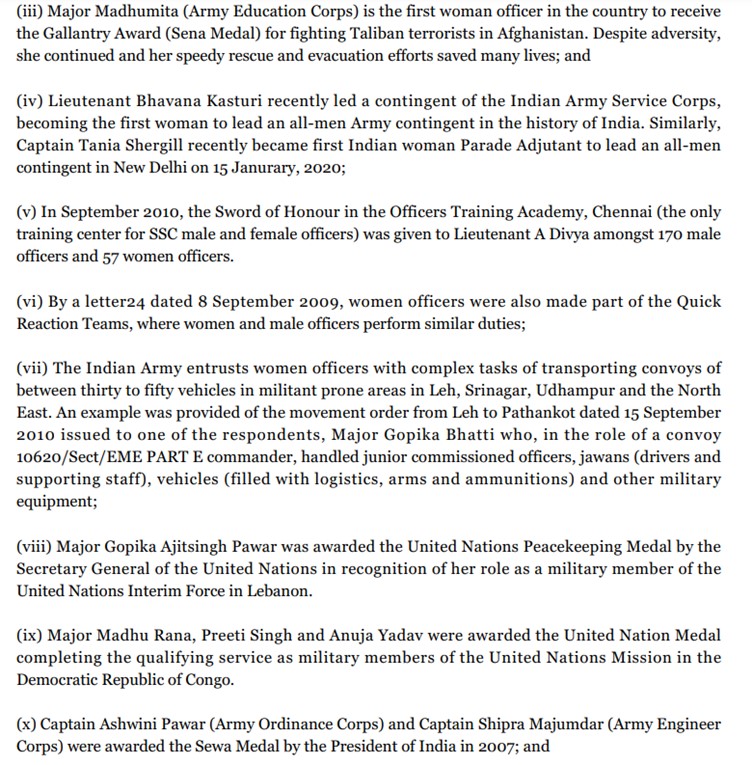 The Court also took the government to task for what it termed “sex stereotypes.” The court refused to accept the established norm that domestic obligations rest solely on women. It held that such arguments are based on social assumptions about women’s role in marriage and family. That is not a constitutionally valid basis for denying equal opportunity to women.

Also read: There are strict guidelines about sale of acid that no one really follows

The Delhi High Court’s order was ultimately upheld and it opened the gates for women officers of Short Service Commission to avail chances of getting upgraded to Permanent Commission. 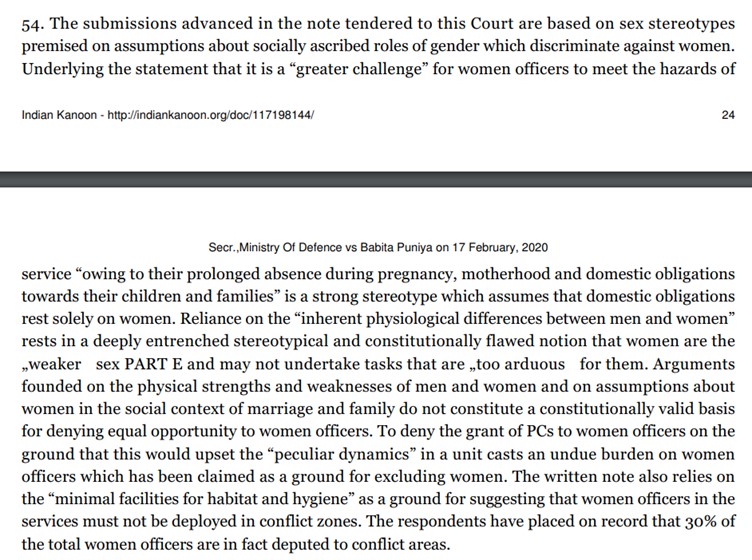 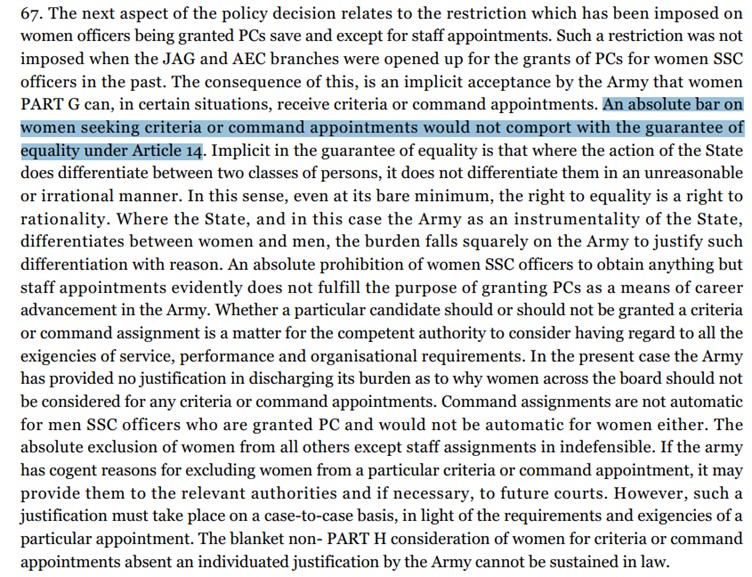 It took 30 years, but the fight was worth it. The case has made it possible for India to get its first female military chief. That future is not far away.

Everything about Kesh lochan ritual in Jainism