Dharamshala Cricket Stadium, History, Architecture, and How to reach

Dharamshala Cricket Stadium was established in the year 2003 in the beautiful town of Dharamshala in Kangra district of Himachal Pradesh. Today, it is seen as one of the most beautiful cricket stadiums not only in India but all over the world.

History of this Stadium

Dharamshala Cricket Stadium was established in 2003. However, the first international cricket match was played in the year 2013 at this beautiful cricket stadium. Prior to 2013, it was only used for India’s biggest domestic cricket tournaments, the Ranji Trophy and the IPL. The cricket stadium also served as a practice ground for the Indian cricket team, Kings XI Punjab for IPL and the Himachal Pradesh cricket team. 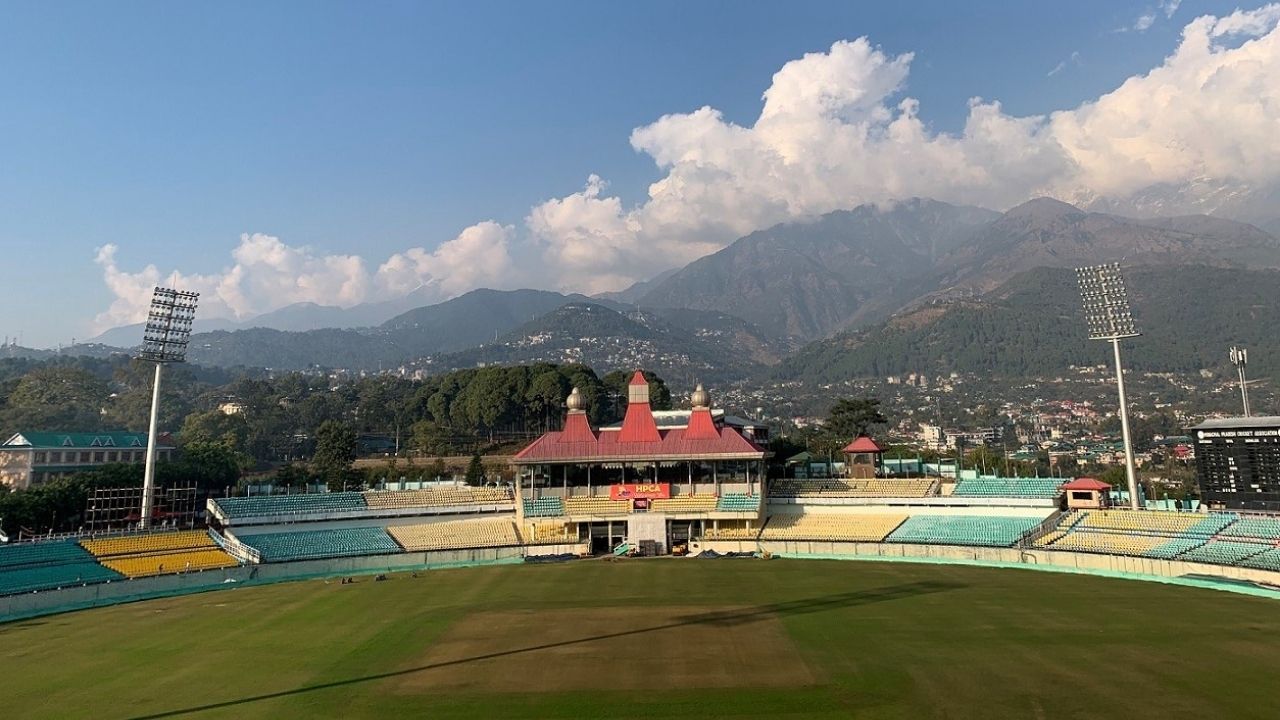 Architecture of this Stadium

Dharamshala Cricket Stadium is the first of its kind in India to use ryegrass in the outfield. Due to extreme weather conditions in winter, when the temperature becomes very low, the common grass dies. Ryegrass, on the other hand, can easily survive even when the temperature falls below 10°C. The use of ryegrass makes stadium maintenance much easier during the winter.

Another impressive feature of the Dharamshala Cricket Stadium is the structure of its stands. The stand is made small in size so that air can pass through easily. This one feature makes it a great ground for fast bowlers as they can expect wind assistance. 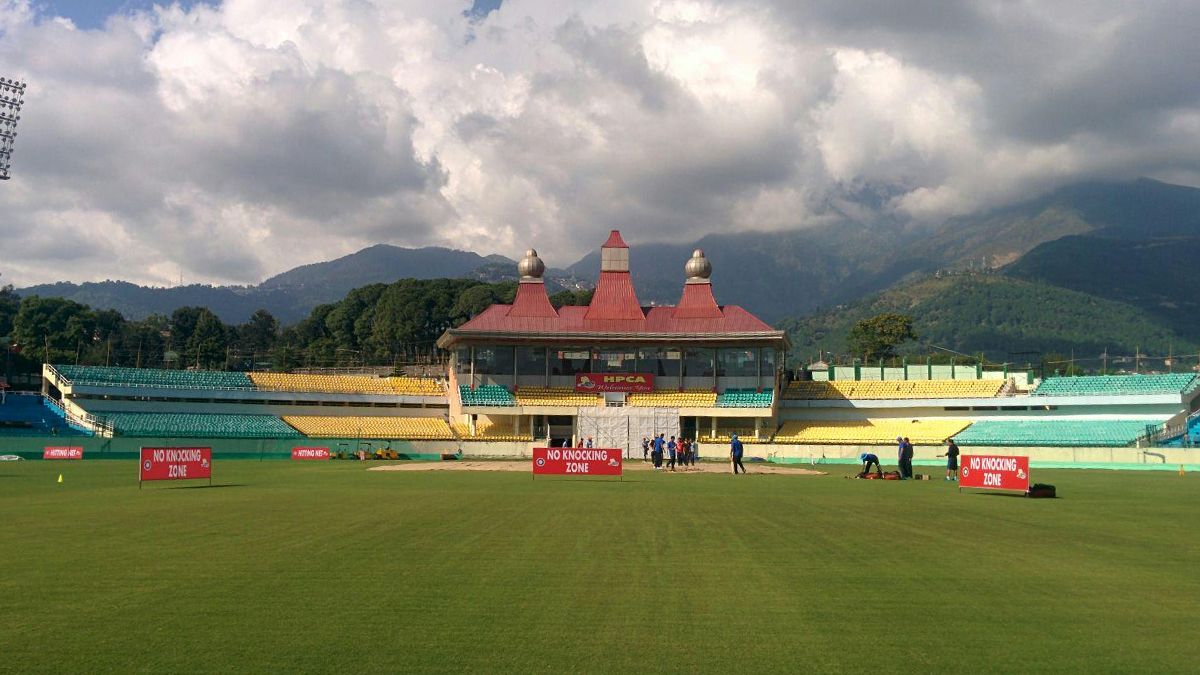 The most beautiful thing about the Dharamshala Cricket Stadium is its architecture, which is inspired by the Tibetan style buildings. The stadium is painted in vibrant colors reflecting the rich history and culture of Dharamshala. Against a thick cloudy backdrop of the Dhauladhar range, the stadium offers breathtaking views.

How to reach Dharamshala Cricket Stadium

The stadium is conveniently located at Gaggal, Himachal Pradesh at just 11 kms from the Kangra Airport. You can easily find local vehicles to reach the stadium.

However, the most scenic way to reach the stadium is to travel by road. During your visit to the stadium, you can enjoy the majestic beauty of Himachal Pradesh and explore its splendid culture. You can take a cab ride from Chandigarh, which is located at about 250 km from Dharamshala. Or, you can travel via direct taxi from New Delhi, which is located at 475 kms from Dharamshala. 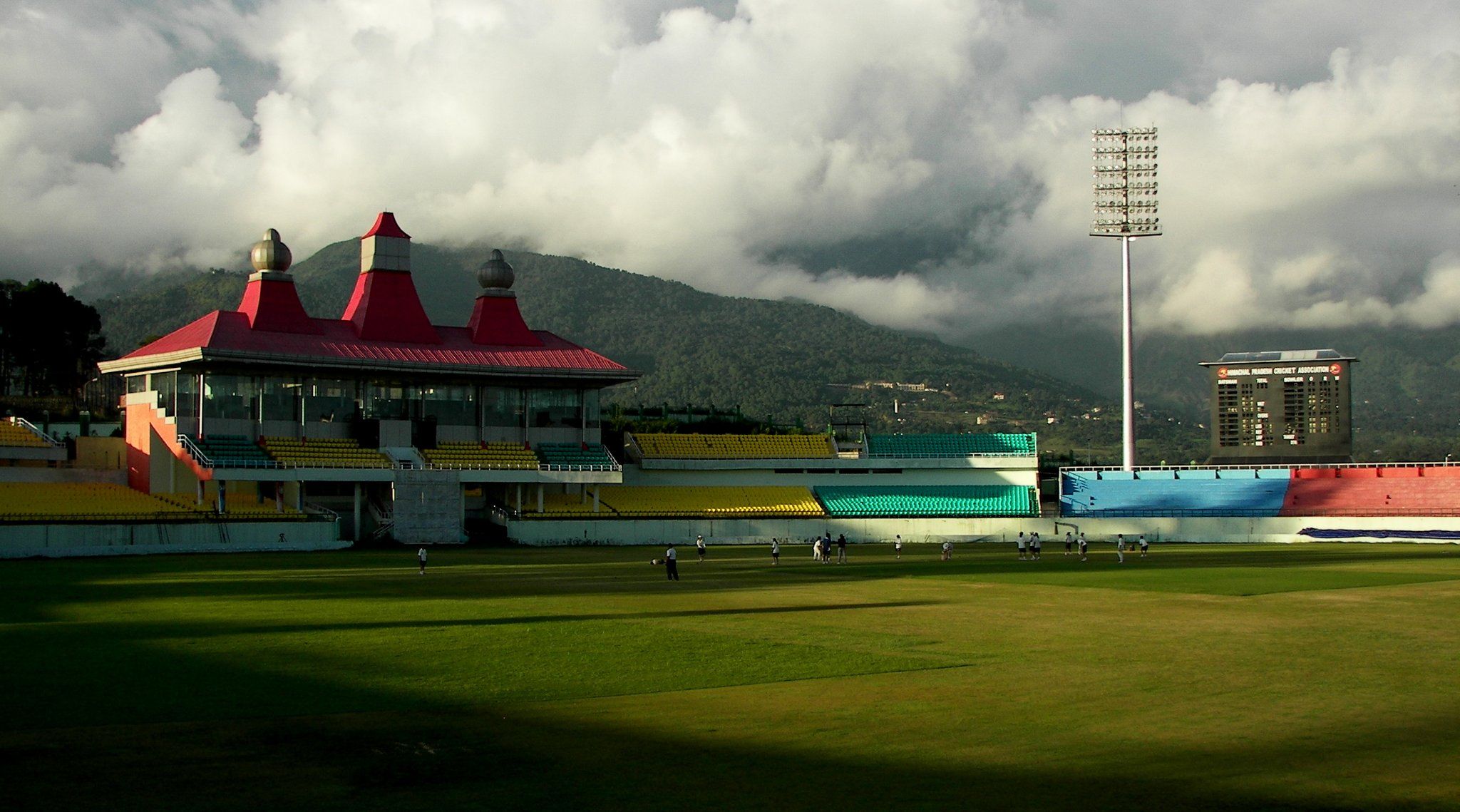 Yes, Dharamshala Cricket Stadium is the highest international cricket stadium in the world situated at an altitude of 1467 meters above sea level.

Where do cricketers stay in Dharamshala?

Cricket teams visiting Dharamshala stay at Pavilion Dharamshala, a luxury accommodation run by the Himachal Pradesh Cricket Association. The hotel is spread over 9 acres and has around 100 rooms for comfortable stay of 2 or more teams, their support staff and all other members.

Talkatora Indoor Stadium, Architecture, Facilities and How to reach