HOME » Politics » Trending » What is the difference between WhatsApp community and group?

What is the difference between WhatsApp community and group?

Polls can be done through WhatsApp community feature and apart from one tap video calling, 32 people can join a group simultaneously in video calling.

Meta-owned WhatsApp recently rolled out the community feature on its platform. Polls can be done through WhatsApp community feature and apart from one tap video calling, 32 people can join a group simultaneously in video calling. The biggest advantage of this feature is that you will be able to keep all the groups inside one community. Within the community, up to a maximum of 20 groups can be included in a single community. Let us tell you that Communities was first tested by the company in April and now it is being rolled out for everyone.

How is the WhatsApp Community feature different?

According to the report, the WhatsApp Community feature has been brought to organize similar groups. With the help of this, many WhatsApp groups of the neighborhood and groups of the office can be kept in different community features. That is, a community office can be formed, in which all the groups related to the office will be there. At the same time, a community can include neighbors and other similar groups. WhatsApp believes that this makes it easier to manage multiple groups. 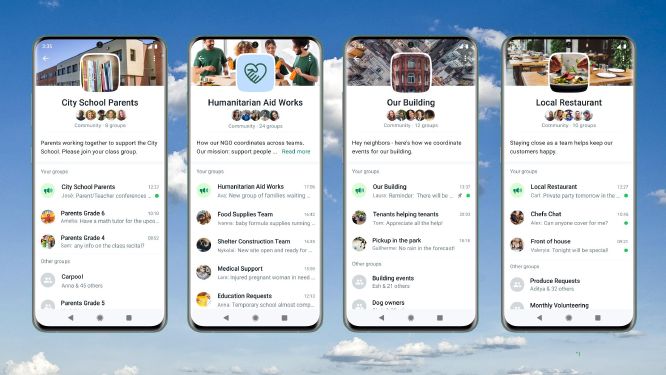 To understand the WhatsApp community feature in simple words, it is a group of groups, in which many groups can be kept within the same community. At the same time, 32 people can also be included in a group call with one tap video calling.

WhatsApp told the difference between the two

Soon after the launch of the new feature, users compared the new community feature to groups and questioned its need. To answer the questions, WhatsApp on Thursday shared a video on Twitter with the caption, “Difference between communities and groups explained.”

According to WhatsApp, WhatsApp Groups allows users to join everyone in the same conversation and helps connect with family and friends, while the Community feature connects schools, neighborhoods, camps, etc., and brings together all related groups in one place. Helps bring it on and keep everyone in the loop with the announcement group.

It’s something like Slack or Discord, but with WhatsApp spin (including end-to-end encrypted messages). Admins in the community can share updates with the entire community through an announcement channel.