HOME » Knowledge » What is meant by the idea of Satyagraha? – An Explanation

What is meant by the idea of Satyagraha? – An Explanation

What is meant by the idea of Satyagraha?

The idea of ​​Satyagraha means raising voice against injustice by making truth your strength. It is the belief in the power of truth. In this article we are going to discuss in detail about what is meant by the idea of Satyagraha?

Mahatma Gandhi protested against the treatment of black people by the South African government. We will oppose them without the use of force, this was the principle of their protest. Before that time people were unaware of such protests.

What is meant by the idea of Satyagraha? – Explanation

The idea of ​​Satyagraha refers to a unique method of mass agitation that emphasizes the power of truth and the need to seek truth. It affirms the belief that if the cause is right and the fight is against injustice, there is no need for physical force or coercion against the oppressor. Satyagraha was a different method of mass movement. The only meaning of this was that if your aim is welfare and true and you are against conflict then no physical force or weapon is required to fight the oppressor.

In ‘Satyagraha’ there is no place for violence towards one’s opponent. He was a proponent of non-violence. With patience and sympathy, the opponent should be freed from his mistake, because what appears to one to be true, may appear to be wrong to another. Patience means suffering. Hence the meaning of this principle is, “Protection of the truth not by causing pain or suffering to the opponent, but by suffering himself.” 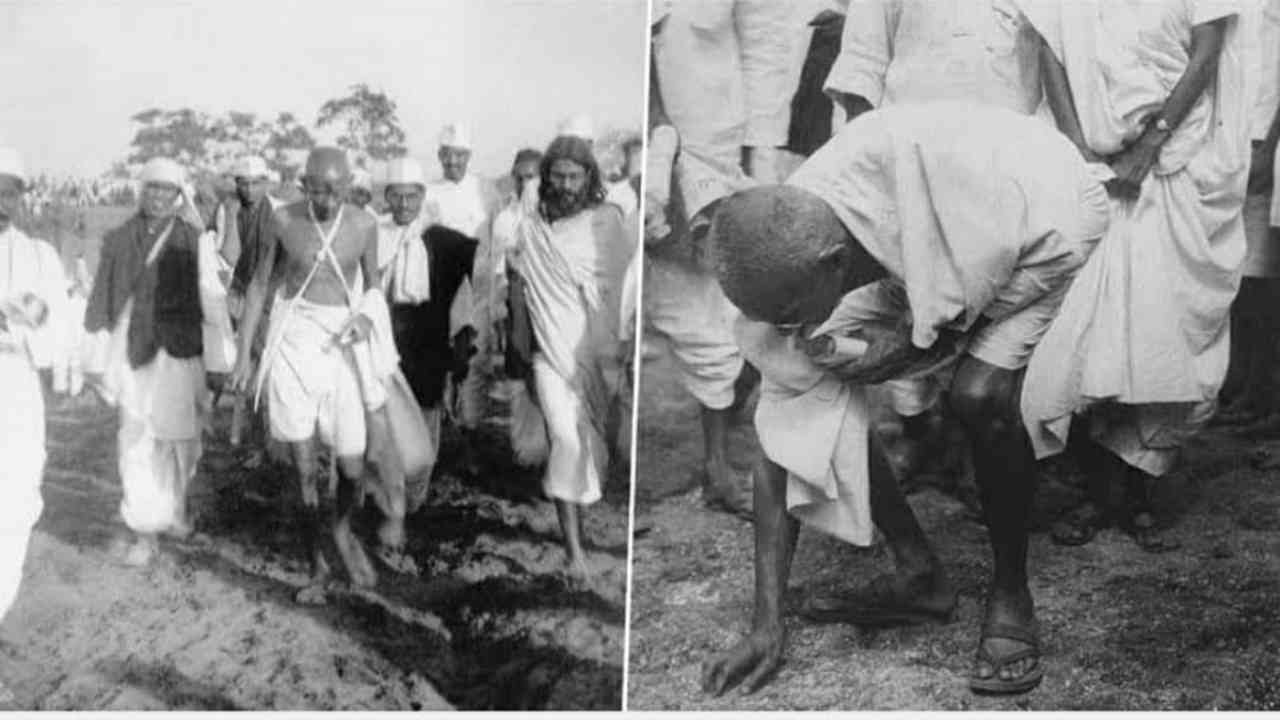 Many experiments of Satyagraha and non-violent resistance are going on continuously in different corners of the world. In World War II, thousands of anti-war pass fighters went to prisons rather than join the army. Philosophers like Bertrand Russell were locked behind prison cells for anti-war satyagrahas.

Thousands of protest against nuclear weapons by marching 60 miles each year, from the nuclear weapons factory Alder Maston to London. The story of the sacrifice of the Negro leader Martin Luther King has become an immortal legend of the Satyagraha struggle.

Who does not get thrilled by the story of Danilo Dolchi’s Satyagraha of Italy? All these efforts may not meet the test of Satyagraha, but they are definitely a step towards peace and non-violence.

What is meant by the idea of Satyagraha? – Definition

“Satyagraha” is not only a method of resistance, it is also a specific way of life, which is based on the tenets of non-violence, truth, non-violence, non-violence, fearlessness, celibacy, equality of all religions, etc. One whose personal life is not pure because of these vows, he is a true Satyagrahi. That is why Vinoba calls these vows “Satyagraha Nishtha”.

The Salt Satyagraha movement in India is one of the 5 major movements by Gandhiji which changed the picture of the country. In this movement that started on March 12, 1930, Gandhiji opposed the British rule monopoly on salt.

DK Shivakumar could float his own party in Karnataka