by Abhishek Kumar Singh
in Sports
0

In the last few months, Surya Kumar Yadav has emerged as India’s saving grace. The man has himself proclaimed that if his team requires, he can bat anywhere and in any situation. It is admirable since Surya Kumar has one of the unorthodox techniques ever seen ever observed on the cricket field. Some adherents of textbook technique would not even call it technique as well.

If you have observed his stance, you can literally predict that the man is incapable of playing shots through the offside. He does not hold the bat like normal batsmen. His back lift while holding the bat signals to bowlers that it would be next to impossible for him to rotate the bat through the off side. The stance is such that other than drives and flicks through leg side, nothing looks probable.

To be frank, this weakness was the reason why Surya Kumar was an inconsistent performer through most part of his career as a domestic player. For nearly a decade, he struggled to make his mark as a top-notch performer of Ranji Trophy. It is not that he did not try. In fact, he gave his best in order to compensate for that weakness. That ramp shot, for which he is compared to AB de Villiers, is actually his survival technique. He had to find a way to score runs in 4-day matches. Surya Kumar found that the area behind the wicket keeper was vacant and started to play his shots in that region.

Short cut did not help him

But it was always a stop gap arrangement. Soon other teams started to decode his strong areas and place fielders accordingly. It is here that Surya Kumar was cramped for room as well as runs. At the same time, Surya Kumar was not willing to give up his technique since muscle memory would make it impossible to resurrect his career in a few months.

The only solution was to look for some tinkering with existing technique and stance. Yadav did a deep reading of the mechanics of his game. He found that if he could start scoring runs through the off side, the problem would be sorted. The hurdle was that in order that his kind of stance allowes only flexible players to play it through the offside more frequently. Yadav was not supple at all.

Read more:- Indian cricket was once carried by its legends, today it is being destroyed by modern legends

Punished himself to change the fortunes

But one thing Yadav had was determination. He took on an unforgiving diet and hard-core training for changing physical as well as mental apparatus. While earlier he used to drain by the evening, Yadav now decided to train during the peak hours of 12 to 3. The reasoning behind that was much more than weight loss. During these hours, pitches are dry which helped him improve his game against spin.

Now Yadav was adapting to change. He was not finding it difficult to adapt to spin since it had become easier for him to bend his knees and play a sweep shot to lower bowler’s confidence. When the spinner kept it little short, Yadav had no qualms in cutting it through off side. In case the ball came at more than 145km/hr, Yadav’s newly developed flexibility helped him get behind the ball and played it through the offside. His game was now complete and Yadav was ready to launch in IPL.

Results are for everyone to see

After a dismal show with KKR for a few years, Yadav showed the first glimpse of his brilliance in the 2018 IPL. The tournament was the reason he probably adapted to slight change in his batting stances to spin and pace. While taking stance for pace, his front foot is more open in order to provide him leverage to play shots. Similarly, while playing against Spin, Yadav keeps a relatively small gap between both feets. That is because the ball comes at a slow pace and the small gap makes it easier to play sweep, reverse sweep, paddle and other shots. 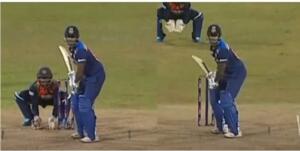 Moreover, he also takes full advantage of his strong wrists by holding the bat loosely. His wrists do not catch the handle as firmly as Virat Kohli’s does. This is the reason why it is easier for him to slice the ball through 360 degrees, while Kohli’s tight grip makes it a tad difficult for him. It is only on the back of his wrist that he can play the same ball over fine leg as well as long off.

The Surya Kumar Yadav of 2022 cuts, pulls, hooks, drives, flyas away, sweeps, reverse sweeps, paddles and even throws the kitchen sink when needed. He is a complete batsman in himself. The only think which can stop his juggernaut is his laziness and indiscipline, which luckily have been absent from his daily routines for the last few years.

ONGC will set up its plant in US sanctioned Iran

Key Reasons to Get a Wedding Loan for Your Dream Wedding