by Abhinav Singh
in Defense
0

For years, the insipid leadership at the centre in New Delhi ensured that the strategically important archipelago of Andaman and Nicobar Islands situated at the juncture of the Bay of Bengal and the Andaman Sea remained a dormant landmass. However, ever since Prime Minister Narendra Modi came to power in 2014, he realised the importance of the Island to keep a mischievous power like China at bay. The same China, that has been implementing its string of pearls strategy around India and trying to push us into a corner.

Andaman and Nicobar Islands chain is a huge force multiplier for India due to its geographic location as it connects South Asia with Southeast Asia. The Northernmost point of the Island chain is merely 22 nautical miles from Myanmar, while the Southernmost point is only 90 nautical miles away from Indonesia.

Manning the chokehold and frustrating China 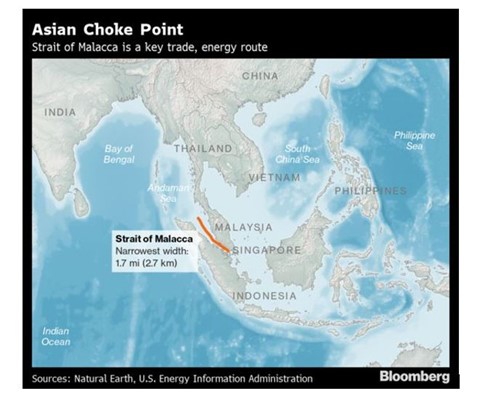 You see, controlling Andaman and Nicobar Islands essentially means controlling China’s economy. And as reported extensively by TFI, China’s agitation in the region is palpable because New Delhi has actively started militarizing areas near the strait.

The Union government of India has provided Rs 5,650 crores to develop military infrastructure in the region. As a result, the naval air stations INS Kohassa in Shibpur and INS Baaz in Campbell Bay are reportedly having their runways extended.

Once the runway at INS Baaz is expanded to 6,000 feet, the Indian Navy will be able to operate its P-8I maritime surveillance and reconnaissance aircraft from the Naval Air Station. Moreover, the Modi government is working on a plan to develop the Greater Nicobar Island as a regional hub with a trans-shipment terminal, a greenfield international airport, township and area development and a 450 megavolt amperes gas and solar-based power plant.

Apart from the aforementioned naval stations, India is also developing a deep-sea port in Indonesia’s Sabang, not far away from the islands. The port will bring India close to the Strait of Malacca and nullify the increasing Chinese presence.

Moreover, with India having excellent relations with its QUAD partner Australia, if push comes to shove, it can use Cocos Island as a military base under the mutual logistics support agreement. Cocos Islands, an Australian Indian Ocean territory is situated southward of the Andaman and Nicobar Islands and alongside the US-controlled Diego Garcia Island, gives India the wood over China. 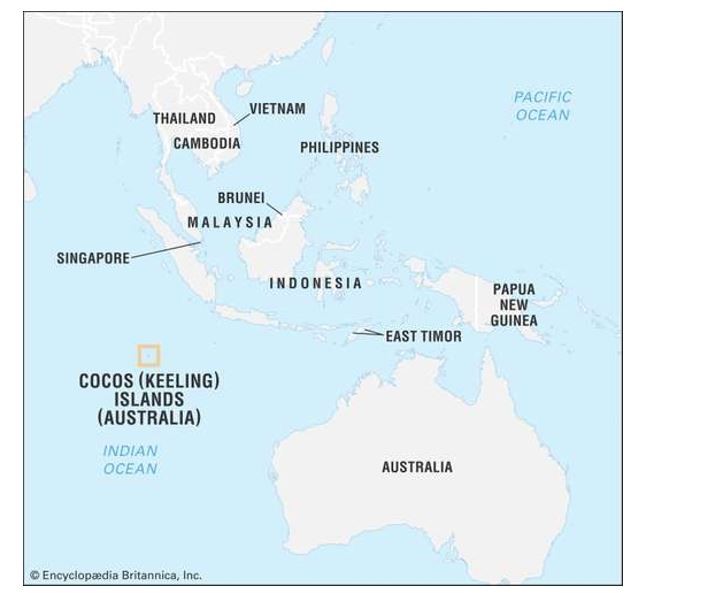 Apart from enhancing India’s presence in the vast Indian Ocean, it plugs a major loophole when it comes to India’s situational awareness in the Indian Ocean Region (IOR). Mutual use of Cocos Islands in the Australian external territory can correct these blind spots for India, as the Islands lie close to the Indonesian straits of Sunda, Lombok, and Ombai-Wetar.

India has also gained an advantage with access to the port of Duqm in Oman which can be used for military purposes and logistical support. The Chabahar port, which is yet another strategic point located on the Southeastern coast of the energy-rich Iran, also gives India the opportunity of expanding its footprints and countering China’s hold on Gwadar port.

When you draw a hypothetical line through these islands, it effectively cancels out China’s string of pearls strategy with the double fish-hook strategy.

Additionally, fighter jets like Sukhoi-30MKIs as well as long-range maritime patrol Poseidon-8I aircraft frequently operate from the island cluster but are not stationed there as of now. If the change in plans regarding Andaman and Nicobar Islands leads to any fruition then these beasts could be stationed permanently in the region and China, in particular, will be miffed.

Read More: China wanted to encircle India with a String of Pearls. It now finds itself encircled by India instead

PM Modi has the will to act upon the strategic decisions

This isn’t the first time that idea of militarizing the Andamans has been floated around but this is the first time that a government is showing the will to execute the all-important decision in flesh and blood. The previous governments used to be wary to not miff China and also the smaller countries like Indonesia and Malaysia who would have been alerted by the military in their neighbourhood.

However, the Galwan valley incident made the defence establishment re-examine the islands’ role as India’s crucial military outpost that overlooks China’s critical sea lanes transporting the bulk of its crude oil imports and other trade through the Malacca Strait.

The expanding Chinese presence and build up in the Indian Ocean region had always been a cause of worry for the experts but with India strengthening its foreign relations and now militarizing Andaman and Nicobar Islands— the dynamics of the region are surely changing. India is no longer a mere spectator. The country is now making use of the advantage that the archipelago offers to India. And consequently, building up military infrastructure in the region is the first step towards strengthening India’s presence in the region.

If there exists an art of destroying remakes, “THE PERFECTIONIST” Aamir Khan is certainly the artist