Rae Bareli has been a traditional Congress bastion. Interestingly, in 2019, it was the only seat that Congress managed to win out of the 80 Lok Sabha seats in UP. Now, UP is all set to go for polling booths for the state assembly election and, the Congress party seemingly is in no position to win the state. However, with Sonia Gandhi as the face in Rae Bareli constituency, it could have probably won the constituency at least. But, Rae Bareli has already rejected Sonia Gandhi and the Congress party has to be blamed for it. Let’s find out how?

Sonia could have saved Congress in Rae Bareli

Rae Bareli seat has seen fierce and decisive elections since the very beginning and has played a pivotal role in deciding the outcome of the elections in other parts of the state and nation.

Sonia’s political constituency since 2004, Rae Bareli has been a stronghold of the Indian National Congress (INC) since the 1999 general elections. The late Prime Minister Indira Gandhi too used to contest elections from the Rae Bareli seat.

Thus, Sonia probably could have helped Congress party to win the constituency in the upcoming assembly elections.

Sonia Gandhi not among the star campaigners in Rae Bareli

But, this is the Congress party. Only in Congress party, the prominent face in the constituency can be sidelined. Reportedly, Sonia Gandhi does not figure among the party’s star campaigners for the fourth phase of assembly elections in Uttar Pradesh.

Congress has lost it even before fighting

Rae Bareli is not the most developed part of the country. People face many hardships here. It lacks basic facilities such as regular electricity and quality education. The conditions of unemployment and illiteracy have driven away many people of the younger generation to cities in search of jobs and employment. The indifference of the Congress Party leaders like Sonia Gandhi has not helped Rae Bareli develop at the fast pace in which it should have.

In 2017, Aditi Singh won from the Raebareli Sadar assembly constituency by a margin of 95,000 votes, even in the face of a massive Modi wave in the state. If Aditi Singh could survive a Modi wave of that magnanimity, for her to put an end to the Congress’ fortunes in Raebareli will not be much of an uphill task. 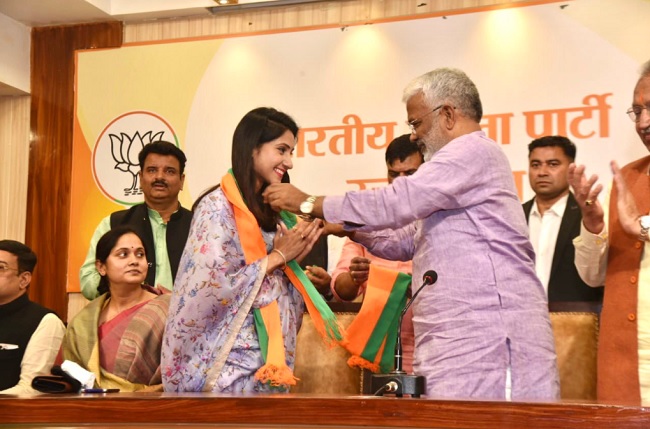 The victory of Congress in Rae Bareli will only remain a dream for the party. If Sonia Gandhi was made one of star campaigners, the aged-old party could have probably won the constituency. But given her work in last three years, it seemingly is not possible as Rae Bareli has already rejected Sonia Gandhi.

Guess who all are hijacking the Hijab row and making it communal?

No more legal immunity for the Waqf Board!