When Narayani slayed 4 Muslim demons to save her younger sister. Award for brave women

by Abhinav Singh
in History
0

As TFI’s series to shed light on the Genocide of Malabar Hindus comes to a draw, it is imperative to not only enunciate the names of barbarians who participated in the butchering of thousands of innocent Hindus but also the brave hearts who stood up, showed indomitable courage, remarkable tenacity and pushed the Moplah’s on the backfoot. One such protagonist is a woman named Erinhikkal Narayani, fondly called Narayaniamma whose rearguard action against the Mappillas is one for the ages, one that needs to be celebrated, cherished and included in modern historic discussion regarding the events of the genocide.

The barbarity at Tuvvur well

In one of the previous issues, while dissecting the truth of the Moplah genocide where 10,000 Hindus were killed for not converting to Islam, we had touched upon the Tuvvur well incident apart from the Wagon Tragedy incident.

The Muslim genociders confined and captured Hindu men and lined them up near a well in a place called Tuvvur in northern Kerala. Each one of them was asked whether they were ready to convert to Islam. Those who were not ready to abandon their dharma were decapitated and thrown into the well.
Read More: Truth of Moplah Massacre: 10,000 Hindus were killed for not converting to Islam

However, it all started on August 24, 1921, when a huge rally was organized by a Muslim leader named Chembrasseri Kunhikoya Thangal with 4,000 Muslim followers congregating on the top of this barren hill.

On the 25th Morning, nearly 100 houses with the sleeping inhabitants of Tuvvur were surrounded by Mappilla rebels. The residents were ordered out and some escaped. The men had their legs and hands tied. Thangal stood under a solitary tree on the hill and surveyed the captured Hindus, who were tied and kneeling before him.

The charge against the Hindus were readout. Thirty-three Hindus were sentenced to death. The first three were killed point blank with bullets. Others were carried one after the other to a nearby well, like a whimpering lamb in a slaughterhouse.

The executioner stood near the well with his enormous axe and a platform specially built for the killing. Most of the Hindus were beheaded and their bodies were thrown into the well. However, some of them did not die immediately but were still thrown into the well to squirm in insurmountable pain and misery.

Hindus squirmed in pain for three days in the well

Those who survived the fall were destined to die a slow painful death among the bloody corpses. It is believed that three days after the bloodshed, people heard cries from the well but they could not come forward to help as the Moplahs had frightened them. Anyone who dared to reach the well only saw the bottom of the well filled with remains of the dead.

There is another story associated with the Thuvvur well. It is said that after two days a nearby Mappila named ‘Kandarmadi’ climbed down the well using a ladder and hacked the remaining Hindus to death using a machete

Read More: Islamic Capture of Hindu Properties – The 100-year Long Hounding of Hindus in Malabar which led to Moplah Massacre

Buoyed by successfully persecuting Hindus in Tuvvur, the Mappillas went on a rampage and started picking out Hindus from houses for the sole purpose of killing. On September 26, some Moplahs entered the house of Erinhikkal Narayaniamma, a resident of Areekode taluk. These Moplah rioters, determined to commit their gruesome, animalistic barbarity, broke the outer door and entered Narayani’s house during the night.

There were some other women in the house at the time and for the Moplahs, it appeared an easy prize. Narayani was aware of the circumstances and she took the matters into her own hands showing tremendous strength, courage, and self-respect.

Seeing the Mappilas entering, Narayaniamma tried to save the lives of the other women. Unfortunately, a Mappila stabbed her with a knife. Narayaniamma, unperturbed by the stab wound retaliated fiercely. She killed the attacker Mapilla with her dagger.

Narayani protected the life and modesty of her sister and other women by displaying true warrior-like valour. Astonished by the gallant counterattack from a woman, the Moplah cowards gathered together and surrounded her from all sides.

Even with the odds highly stacked against her, Narayani did not back down and only dropped on the ground after inflicting serious damage to 3-4 Mappillas. While Narayani absorbed the knife attack, the other women of the house safely evacuated, using the commotion as a decoy.

After hearing about the attack, a man named Krishnan Nair came forward to help and attacked the Mappilas. However, Nair, outnumbered by the Mappilas was quickly neutralized as well. The next day, Narayani was brought to the Kozhikode hospital. She had numerous wounds on her body. And ultimately, she departed for the higher abode, having saved the lives of several women. 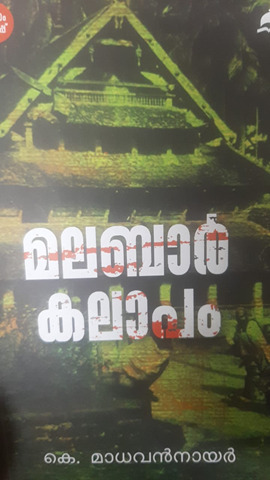 The steely resolve and grit of Narayani are depicted on page 204 of Malabar Kalappam, a book published in Malayali language by K Madhavan Nair. Her incomparable valour has also been described through a Malayali folk song called Ernad Kalappam. Kalappam in Malayalam means ‘riots’.

Read More: How Tipu Sultan and his father Hyder Ali sowed the seeds of Moplah massacre

And while we remember the horrors of partition, there is a pressing need to remember the Moplah genocide of Malabar Hindus in the same vein as well. On the centenary of the genocide, it becomes even more important that we as a society stand up and acknowledge the correct history of the events. It is imperative that we recognize people like Narayaniamma and teach our present and future generations about her life story.

By christening a ‘Mopla Narsanhaar Diwas’, we stand the ground against those who try to victimize the villains and marauders who killed and butchered thousands of innocent Hindus.

By denying RS nomination to Milind Deora, Gandhi Family has handed him the pink slip