India is being tested by its enemies from within. Almost regularly now, news appears of how “extremist Hindus” are targeting the peaceful Muslim community, forcing its members to chant ‘Jai Shree Ram’ and defiling their places of worship. That the temples of Hindus are continuously desecrated by Islamists is conveniently given a miss by the mainstream media. However, even news of Hindus targeting Muslims is now turning out to be fake and part of a larger liberal narrative to project India as a fascistic state which seeks the elimination of a particular community.

Nothing could be farther from the truth. As of late, Muslim miscreants have themselves been pretending to be Hindus in order to sow communal discord in the country. By pretending to be Hindus, such Islamists wish to provide ammunition to liberals who are in any case desperately trying to portray a doomsday picture of India, particularly prior to the crucial Uttar Pradesh polls early next year. The recent controversy which came to light out of Ghaziabad is a testament to the same. 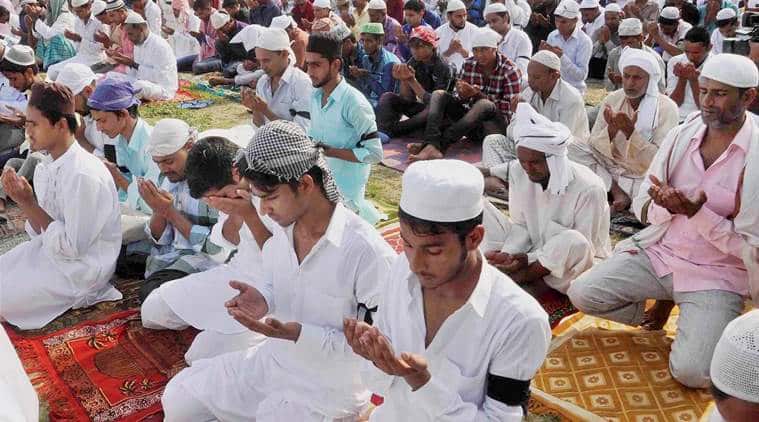 A Muslim wizard called Abdul Samad claimed he was beaten brutally by a mob which forced him to chant ‘Jai Shree Ram’. The popular narrative was that a Hindu mob beat up an old Muslim man, chopped off his beard and forced him to chant ‘Jai Shri Ram’. All was going perfectly according to the script until Ghaziabad Police decided to debunk the bogus narrative being peddled by Islamists and their liberal stooges. In a tweet, Ghaziabad police informed that three accused had been arrested in the case – all of whom happen to be Muslims.

The police also said that the perpetrators include Arif, Adil, Kallu, Polli and Mushahid. Despite Muslims beating their own co-religionists owing to a personal feud which has been attributed to the victim’s failed wizard-craft, liberals were quick to pronounce all Hindus guilty and accomplices to the supposed targeted harassment of an old Muslim man, in line with the growing ‘Islamophobia’ in India.

Late last month, it came to light that the communally volatile town of Bhainsa in Telangana was once again being prepared to turn into a mass graveyard for Hindus. In May, it was found that a mosque in Bhainsa had its walls scribbled with ‘Jai Shree Ram’. Naturally, Hindus were brought under the lens of trying to instigate communal violence in Bhainsa by ‘desecrating’ a mosque.

In a shocking revelation, however, Bhainsa Police revealed that at least three Muslims were caught trying to instigate communal violence by themselves writing ‘Jai Shree Ram’ on the walls of the mosque in question. ASP Kiran Khare said that CCTV footage of people writing ‘Jai Shri Ram’ on the walls of the mosque had helped identify Mohammed Abdul Kaif, Mohammed Abdul Majid and a 14-year-old minor whose name has not been disclosed. The accused said the minor boy wrote ‘Jai Shree Ram’ after Abdul Kaif ordered him to do so. CCTV footage as well as handwriting, meanwhile, match the suspect. ASP Khare said the accused have confessed to the crime.

Read more: Old Muslim man gets beaten up and claims he was forced to chant Jai Shri Ram. But the men who beat him were Arif, Adil and Mushahid

Although unrelated, an ISIS operative currently lodged in Tihar jail had recently released a video in which he claimed he was beaten up by other inmates and forced to chant ‘Jai Shree Ram’. Prima facie, the injuries appear to be self-inflicted. Jail authorities have claimed the same before the Delhi court. The pace at which the operative is speaking tells a lot about how he fears being caught in possession of a mobile phone. To blame Hindus and slander ‘Jai Shree Ram’, Islamists, in cahoots with liberals, are waging no less than massive disinformation campaigns.

Hindus are being made targets of a conspiracy. While Muslim miscreants masquerade as Hindus trying to pin the blame on the majority community, their liberal colleagues paint the picture of India turning into a radical and intolerant state where people are being targeted on the basis of their religion – particularly if they happen to be adherents of Islam. Moving forward, India must be extra cautious and swift in identifying such individuals and punishing them in a manner that sends a resounding message across.