Rakesh Jhunjhunwala, the Big Bull of D-Street recently lambasted media for its negative coverage during the second wave of the pandemic and took a dig at it for excessively targeting the Modi government. In an interview with Aajtak’s Prabhu Chawla, the ace investor gave 9 out of 10 marks to the Modi government in its economic management and lauded its efforts of introducing major reforms in the agricultural, mining, labour and power sectors — the effect of which will be seen later.

Iterating that government benefits were reaching the lower strata of the society, Jhunjhunwala drew an analogy saying, “Rajiv Gandhi, back in the day remarked that when the government releases Rs 100 for the welfare of the public, only 15 reaches it while 85 gets lost or siphoned. However, now (under Modi government) Rs 85 reaches the public while only 15 rs get lost.” 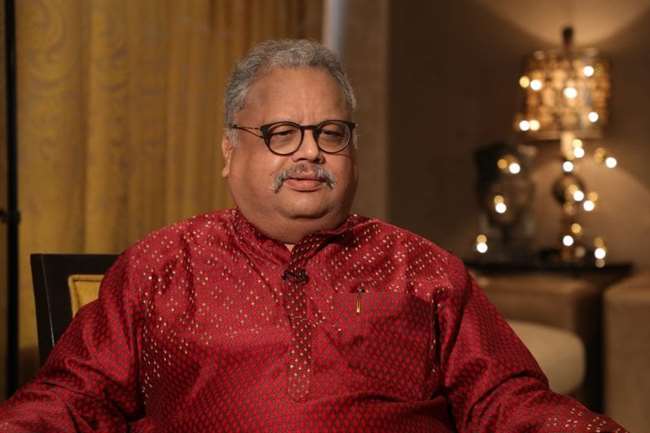 Jhunjhunwala also put the journalist on the spot by asking about their hypocrisy when it came to covering PM Modi and West Bengal Chief Minister Mamata Banerjee during the recent election campaigning trail.

“The likes of you and your journalists have excess love for PM Modi and his government. If PM Modi campaigns, it is considered wrong but when Mamata Banerjee does, it is deemed right,” said Jhunjhunwala in a sarcastic tone.

The investor added that the media was doing a bad job by creating an environment of fear and psychosis by presenting a dystopian image.

“The press is doing only one job—fear and psychosis, depression, bodies. This is a war. We need to win it. But you are only telling people this will, happen, that will happen. My children are scared of the coverage done by the likes of you,” said Jhunjhunwala.

When asked how the stock exchange was performing well despite the gloom around, the investor gave an example of State Bank of India (SBI) and its recent release of results where the public sector bank recorded quarterly net profit and an improvement in most of its asset quality metrics.

“Markets work on reality and not on sentiments. Today State Bank’s results came in. The bank’s defaults in the current quarter is the lowest in 4 years. And this is a flu, not cancer, we will emerge victorious from it. This virus can have a working effect of two or three months but because I am an investor in a company, would I leave an opportunity to grow in the coming 10 years due to the results of these three months?” asked Jhunjunwala.

Read More: Remember the WHO report that blamed the Indian double mutant? It was a hit-job by Indian media

Jhunjhunwala added strength to his arguments and tackled Chawala’s ‘obviously motivated’ questions by remarking that the GST collections stood at Rs 1.41 lakh crore in April and a visible rise in income of all the big companies of the country had increased in the last 3-4 quarters.

The heavyweight investor signed off by taking a jibe at the India Today group once again by saying that media had found the pandemic as an ‘opportunity’ to hit back at PM Modi.

The interview by Jhunjhunwala proves that despite the opposition parties and the liberal cabal collectively clamouring to demonize the government — the market remains unaffected and unperturbed, all the while standing in solidarity with the current central regime.

Are Christian Missionaries preventing people in the northeast from getting vaccinated?