Just days after former Mumbai Commissioner of Police alleged that the Maharashtra Director General of Police was pressurising him to withdraw his case against former Home Minister Anil Deshmukh, three businessmen have written to the Maharashtra DGP where they allege that Singh had extorted crores of rupees from them. While Param Bir Singh is no saint, the timing of the letter could hint towards a concerted attempt by the state’s most powerful to silence Param Bir Singh as the former top cop simply knows too much.

A letter written by three businessmen, Sonu Jalan, Ketan Manshukhlal Tanna and Moonirahmed Patha to the Maharashtra DGP alleges that Singh in the past had extorted crores of rupees from them.

Sonu Jalan, who was arrested in a gambling case by Thane Police, in the letter said, “After my arrest, I was taken to the cabin of Param Bir Singh by Pradeep Sharma. Pradeep Sharma and Rajkumar Kothmire demanded Rs 10 crore from me.” 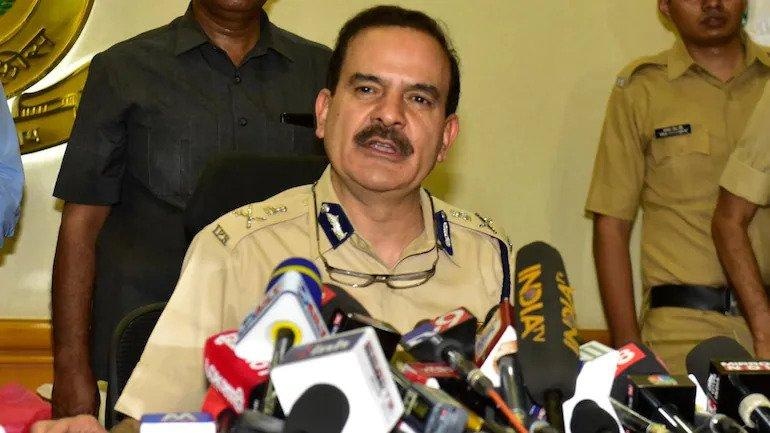 Jalan further alleged that he was threatened with including him and his family members in various other cases by the officers. “After negotiation, the amount was settled at Rs 3 crore, which was handed over by my sister,” alleged Jalan. Tanna and Pathan mirrored Jalan’s allegations as they also claimed that they were framed in fake cases and in order to get their names cleared – crores were extorted from them.

He added, “All of you know the explosives were kept in front of Mukesh Ambani’s residence when Param Bir Singh was the police commissioner. His role, along with Sachin Vaze, has been found suspicious in both explosives and murder cases of Mansukh Hiren. He was transferred because his mistakes could not be forgotten.”

Earlier this month, Param Bir Singh, in his letter to the Central Bureau of Investigation (CBI), alleged that the current Maharashtra DGP Sanjay Pandey told him that he would “settle” ongoing inquiries against him if he withdraws his complaint against Anil Deshmukh.

In his letter, Singh wrote, “He (DGP) advised me that he had fought the System for many years, but the fight is never a victorious one as the ‘System eventually gets you’. In his experience, he said, one can’t fight the System. In this light, he further added that the departmental inquiry dated April 1, 2021, initiated against me was one of the few actions being contemplated by the state government. The state government, he said, was also considering lodging criminal complaints against me.”

Read More: ‘Maharshtra DGP is putting pressure on me,’ Param Bir Singh makes another stunning revelation against the Uddhav govt

Singh further alleged that DGP Pandey advised him to “not fight the government even if I happen to be correct in taking a stand, as it would further cause me trouble and eventually take me nowhere”. According to Singh, Pandey also advised him to “withdraw” his letter that he had written to Chief Minister Uddhav Thackeray.

It seems that all the crooks in Maharashtra are on tenterhooks and are trying to save themselves as the CBI investigates Singh’s allegations.

‘Where is all of Delhi’s oxygen going?’ Gaurav Bhatia levels damning allegations on AAP’s Raghav Chadha