HOME » Politics » Opinions » Himanta, the outsider, who became a BJP CM in 5 years, will attract other outsiders with similar credentials

Himanta, the outsider, who became a BJP CM in 5 years, will attract other outsiders with similar credentials

The elevation of Himanta Biswa Sarma as the Chief Minister of Assam has sent a clear-cut signal to self-made and hardworking leaders in other parties that the saffron party always rewards talent and one does not necessarily need to be associated with the RSS to rise up the ranks in the saffron party. Sarma’s elevation may well attract other outsiders with similar credentials into the BJP.

Little did the Indian National Congress know that a miffed Himanta Biswa Sarma would cause the party so much harm when he defected to the BJP in August 2015. Not only did Sarma snatch the Congress citadel of Assam, but also made the entire region of North East a BJP bastion.

Make no mistake, the erstwhile Congress no.2 had to work tremendously hard to realise his goal of becoming the Assam Chief Minister. After helping root out the government of his former mentor, Tarun Gogoi in 2016, Sarma was not given an immediate reward and instead had to settle with handling key portfolios in the Sarbananda Sonowal government. Gradually, Sarma went on to assume the responsibility for the entire North East and helped the party rapidly expand its footprint in the region. Sarma also became the BJP’s Man Friday as even the deftest political minds were surprised with how skilfully Sarma managed to save the N Biren Singh government in Manipur which looked destined to fall at that time.

Sarma was rewarded his due after delivering Assam yet again – a state with almost 34% minority population with the BJP up against the alliance of INC-AIUDF. It is pertinent to note that Sarbananda Sonowal had joined the BJP from Assam Gona Parishad and went on to become a Union Minister and subsequently the Chief Minister of Assam.

In Madhya Pradesh, the Congress’ continued ignorance of its rising star Jyotiraditya Scindia in favour of the old guard i.e. Kamal Nath, saw the former switch sides to the BJP. Scindia delivered on its first promise of ensuring the downfall of the Kamal Nath government. Then he delivered the installation of the Shivraj Singh Chouhan government which was further stabilised in the by-polls which took place with Scindia loyalists winning handsomely, thereby, ensuring that the Shivraj Singh Chouhan government completes its term. 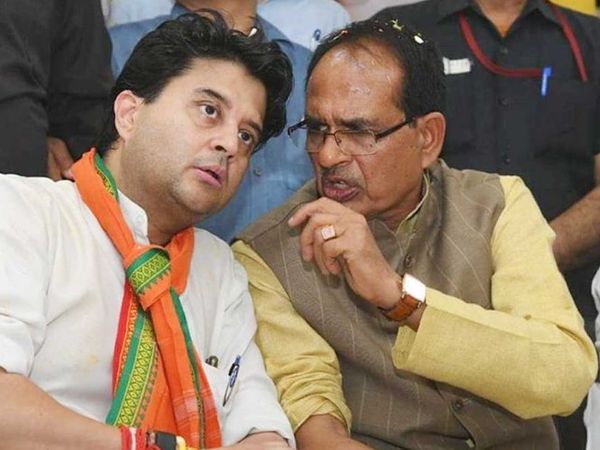 While Scindia has been rewarded with a Rajya Sabha seat, it is likely that he will go on to play a much bigger role in the future perhaps in Delhi as a Union Minister or maybe succeed Shivraj Singh Chouhan as Madhya Pradesh CM if he manages to deliver the state to the BJP come 2023.

It is likely that Sarma’s elevation will attract other outsiders with similar credentials into the BJP which will further solidify the saffron party.

Akhilesh hasn’t even tweeted about Azam Khan who is in critical condition, UP Muslims aren’t going to like that

From Patna to Kolkata to Delhi: Prashant Kishor’s political ambitions know no bounds