Why no pollster can get Bengal right ever

As the exit polls were declared yesterday evening, the pollsters were divided over the results of the West Bengal assembly election. Many declared hung assembly, a few gave victory to BJP, and a few to TMC, while some others like Axis-My India kept the results in a range that had no clear verdict.

While the result of all other states that went into polls – Assam, Kerala, TamilNadu, Puducherry – were very clear in the chart of every polling agency, there was confusion regarding the West Bengal assembly election with very few agencies declaring clear victory for any party. And, there is a very peculiar reason behind this.

Given the history of political violence in West Bengal, the voters either do not tell which party they have voted for or just lie about it. Because, a voice of truth in front of the camera can cost them their lives, job, or any other thing dear to them. 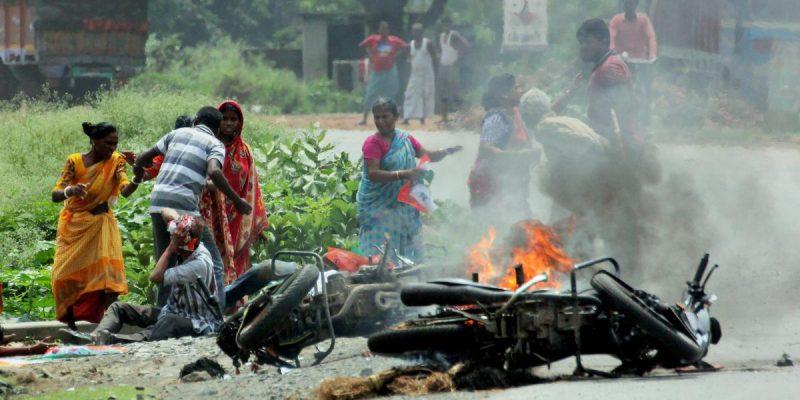 The state has a very long history of political violence, starting after the Communist parties came to power in the mid-70s. The rise of Naxalism further contributed to political violence in the state; Naxals used to kill people just for exercising their right to vote because they do not believe in the authority of the Indian state, irrespective of the party (even people voting for Communist parties were not acceptable to them).

Moreover, the Communist party itself promoted political violence – from booth capturing to the killing of opposition leaders – to establish its monopoly in the state. The Communist parties also ended the difference between the party and the government, so the police stations and the offices were being run by party officials not government officials and Mamata continued this practice.

Even in the 2021 assembly election, the TMC goons were on a rampage to destroy any person who stood for BJP. The convoys of most of the senior leaders including BJP national president J P Nadda, BJP state president Dilip Ghosh, the opponent of Mamata Banerjee Suvendu Adhikari were attacked by TMC goons.

Read More: With eight days left in the results, Mamata is purposefully creating problems for the BJP, leaving West Bengal in the lurch

In more than one year of the campaign period, more than a dozen of BJP workers were killed in different districts of West Bengal. In Nandigram, the TMC goons even raped the wife of BJP karyakarta who was busy in the rally of Suvendu Adhikari and Amit Shah raised this issue during the election. “After reaching here, I got a sad piece of news. A woman was raped within 5-km radius of the place where Mamata Banerjee is staying. If a woman can be raped at a time when she is present in the area, how can women be safe & secure?” said the Union Home Minister.

As per reports, the victim’s husband is an active worker of the BJP. He was threatened by TMC on several occasions in the past. According to him, he was busy participating in the election rally of BJP leader Suvendu Adhikari on Monday. On returning home in the evening, he found that his wife had been missing. Later, the BJP worker discovered that his wife had been lying in an injured and unconscious state, behind his house in a canal.

The culture of political violence in West Bengal ensures no voter would actually tell which party she/he voted for, and given the fact pollsters depend on the information collected from voters to make predictions, no pollster can get the state right. When the results get declared on May 2, it will be interesting to watch which pollster got the results right despite the constraints that the state of West Bengal poses.

An NGO called “IMANA Cares” is collecting crores of Rupees in donations for Covid relief, but something doesn’t look right