As the Union government liberalised the vaccination policy to include all the above 18 years and involved the private players in the vaccination drive, the state governments in two BJP ruled states – Uttar Pradesh and Assam – have announced free vaccines for everyone.

“We have decided to vaccinate all above 18 years free of cost. The state government will take forward the vaccination program with its own resources,” Uttar Pradesh Chief Minister Yogi Adityanath said in a statement after a Cabinet meeting Tuesday evening.

Vaccination for everyone would cost thousands of crores of rupees given the fact that the state of Uttar Pradesh has a population of around 22 crores and at least 15 crore people qualify for the vaccination age. But, the Yogi government saved a lot of money by pruning the unnecessary public expenditure and by reducing various bonuses to the state government employees. Now, the money will be put to better use – to vaccinate all the eligible citizens of the state free of cost. The Uttar Pradesh government has a total budgetary expenditure capacity of more than 5 lakh crore rupees, and this gives Yogi Adityanath room for spending money on vaccination.

Similarly, Assam Health Minister Himanta Biswa Sarma tweeted: “Assam will give FREE vaccines to everyone from 18-45 years. GOI is giving free vaccines for 45 +.” 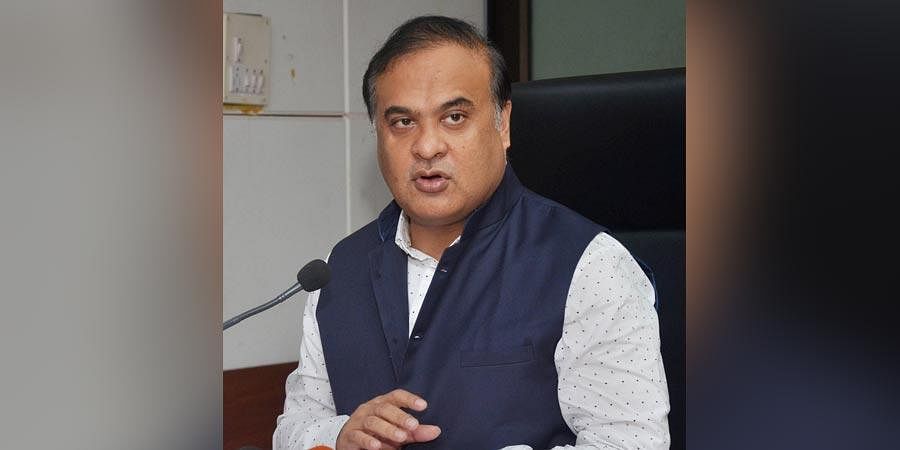 Funds collected in Assam Arogya Nidhi last year shall be utilised for the procurement of the vaccines, Sarma said, “Today itself, we’ve placed orders for 1 cr doses with Bharat Biotech.”

The government of Assam found a way to finance the free vaccination program despite the fact that the state witnessed an election a few weeks ago and, therefore, the state expenditure is higher than other states. This also shows the smartness of Assam’s finance minister and health minister, Himanta Biswa Sarma.

While the two BJP run states have found the financial space to offer free vaccination to the citizens, the opposition parties, that promise everything under the sun for free during the elections and in manifestos, are yet to announce anything on similar lines.

The states like Punjab, Maharashtra and Kerala, where the situation is severe, are yet to announce anything on free vaccination despite being richer as compared to Uttar Pradesh and Assam.

The BJP run states follow conservative economic policies and keep the debt to GDP ratio low, and this gives them space for spending in testing times like these. On the other hand, the states run by Communist parties, or the ones by regional parties like TMC and TRS, spend indiscriminately in order to win elections, and this puts them in a narrower space in times like these when the money is actually needed.

The excellent financial management of the BJP run states is a less highlighted aspect of the governance agenda of the party because the complexity of public finance is hard to explain to laymen. The BJP run states also perform better in terms of economic growth compared to those ruled by other parties, and these facets are rarely highlighted.

The excellent financial management in BJP run states has given Uttar Pradesh and Assam to announce free vaccines, and in the coming days, few other BJP run states might announce the soon, and the party needs to be appreciated for that.