Prashant Kishor, as has been explained by TFI umpteen number of times, is not an election strategist. At best, he is a good number cruncher. As chief of IPAC – the consultancy firm employed by Mamata Banerjee to help her win the state of West Bengal once again, Kishor has assumed unparalleled significance in the state and across the country – among opposition parties and their social media cheerleaders. However, after the explosive Clubhouse episode, where Kishor almost admitted that a TMC rout was inevitable, the self-proclaimed poll strategist is having his entire career flashed before his eyes.

Prashant Kishor is a businessman. What matters to him is money. He has no loyalties and all that he is concerned about is a constant flow of truckloads of cash. Mamata Banerjee is currently his project. Ensuring her victory is his motive. However, if he does not achieve victory for the incumbent chief minister and her party, he will not be particularly sorry or sad. He will move on to his next project, which is Captain Amarinder Singh and ensuring his victory in Punjab in next year’s elections. This is what has been going on for so long. 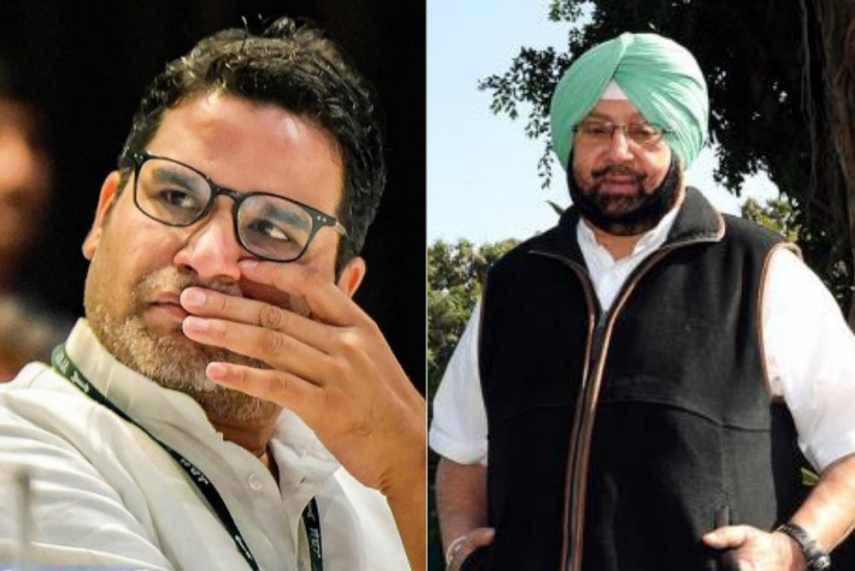 But the Clubhouse fiasco dramatically changes the equation. Prashant Kishor was trusted by opposition parties and leaders for being a great asset when it comes to making elections difficult for the BJP. Now, however, Prashant Kishor has turned out to become a liability. A liability for no less than Mamata Banerjee – who is fighting a battle of existence and of political relevance. Admitting that the Dalit votes, Hindi-speaking votes, Matua community votes are all going to the BJP has made politicians across the country realise that Kishor is fast losing his sheen. He is not being able to preserve “vote banks” which parties like the TMC so desperately require to remain in power.

In Punjab, where Captain Amarinder Singh has accorded a cabinet position to Prashant Kishor, the number cruncher is in for a ride. The incumbent chief minister is all set to win the border state next year all on his own unless something goes magnanimously wrong for him. Prashant Kishor will have close to no contribution in ensuring a Congress win in Punjab. So, is Prashant Kishor needed in Punjab by Congress? Absolutely not.

Prashant Kishor has built a grand façade around himself. That of him being a top-notch election strategist, analyst and psephologist. However, by admitting that PM Modi is tremendously popular in Bengal, Kishor has dug his own grave. As an epitaph to be laid over the grave, PK was also caught justifying PM Modi’s and the saffron party’s incredible capabilities. Prashant Kishor has discredited himself and demolished the façade surrounding him, which made him employable.

When Prashant Kishor realised that his Clubhouse chit chat was about to spell doom for Mamata Banerjee, not more than it would for his future employment prospects, he asked his friends, “Is it (the conversation) open (to the public)?” Realising that it was, Kishor went into a long bout of silence. It was painful. The world came shattering down for an acclaimed number cruncher. One mistake – trusting Lutyens journalists.

As for Mamata Banerjee, she will be furious with Prashant Kishor. And as for the BJP, the man has once again proven beneficial. He has single-handedly demolished whatever little morale remained among the TMC cadre. Going into the coming phases, the TMC’s obliteration will only get exacerbated.

Param Bir Singh cost the Maha Vikas Aghadi their home minister. Now he will pay the price for it

The age of India is here