Black marketing of Remdesivir: Fadnavis warned about malpractice a week ago, Maharashtra govt finally wakes up

The Maharashtra government has finally awakened from its deep slumbers and started going after the black marketers of the Remdesivir injection — the key antiviral drug for Covid-19 patients, which has been in short supply in the state owing to lecherous middlemen usurping the deliveries.

Two men named Siddharth Yadav (21) and Rizwan Mansuri (32), a doctor, were arrested a little after 7.30 pm on Tuesday this week for trying to black-market the medicine. The Malwani police had received a tip that a few individuals were hoarding the Remdesivir injections from chemist shops and selling them at a markup price to people desperate for the antiviral drug.

According to a Hindustan Times report, Shekhar Bhalerao, senior police inspector of Malwani police station, said the two were questioned about their source for the injections. The two men allegedly told the police that a medical representative, Chiranjiv Vishwakarma, arranged for the injections and was expected to meet them soon to pick up the money from their sale. Vishwakarma showed up and was also arrested.

Meanwhile, the Pune police also arrested five men and recovered four vials of the Remdesivir injection used for Covid-19 treatment and currently in short supply. The four arrested men have been identified as Mohammad Mehboob Pathan (28), Imtiaz Yusuf Ajmeri (52), Parvez Mounoddin Shaikh (36) and Ashwini Vijay Solanki (41). A raid was carried out by the officials of Unit 4 of the Pune Police Crime Branch on Wednesday which recovered the vials of Remdesivir injections. 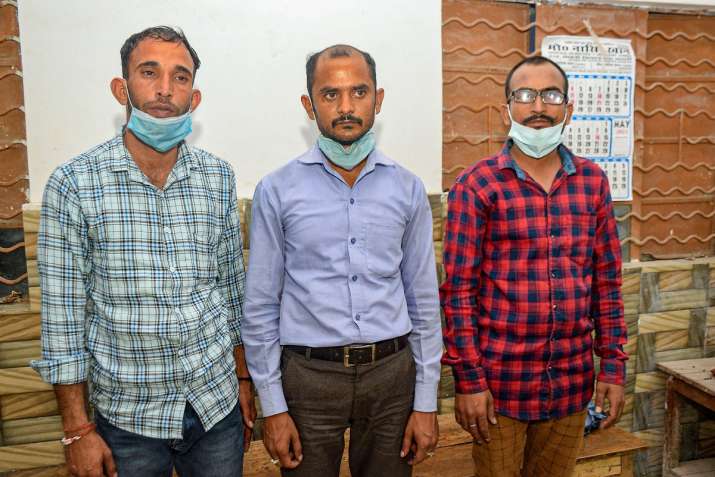 Former Maharashtra Chief Minister Devendra Fadnavis had warned about the malpractice over a week ago and had slammed the Maha Vikas Aghadi government for not curbing black marketing.

“Remdesivir injections are being sold in the state through the black market. The government should get injections from the states where the situation is under control. It should also take strict action against all those who are involved in black marketing,” Fadnavis had said.

Moreover, the fact that news reports of Brihanmumbai Municipal Corporation (BMC) allegedly purchasing Remdesivir injections at double the rate of the quoted price has also not helped the deteriorating image of the MVA government.

Since the pandemic started, the Shiv Sena officials have allegedly used the Covid rules and regulations, as well as public expenditure on Covid, as a money minting machine to siphon off thousands of crores of rupees for the party as well as for themselves.

BMC buys #Remdesevir injections at 1,568 rupees per vial from #Haffkine, which Haffkine itself had quoted for 665 rupees per vial. Why this kolaveri ? pic.twitter.com/LtOG4bsveb

Instead of owning its shortcomings, leaders in the MVA government have resorted to playing the time-consuming blame game. While Remdesivir injections are in short supply, the state with the highest caseload is suffering from a lack of hospital beds as the entire sector has been put under tremendous stress and is on the verge of collapsing.

As reported by TFI, Congress leader and Cabinet Minister Aslam Shaikh, while blaming the celebs and cricketers for the shortage of beds at the hospital, said, “Some celebrities from the film industry and cricketers had mild symptoms or were asymptomatic, but they got themselves admitted to major private hospitals and occupied beds for longer periods.”

While the Maharashtra government took its sweet time in arresting the black marketers, one reckons it is just the tip of the iceberg as hundreds of such men and groups have been operating in broad daylight to siphon the medicine. Hopefully, the MVA government rounds up every single one of them, instead of arresting a few for the media optics.