Last August, India deployed the Special Frontier Force (SFF), an elite paramilitary force that primarily consists of Tibetan soldiers to take over strategic heights of the South bank of Pangong Lake. Chinese PLA was taken by surprise by the tactics of the Tibetan soldiers – because they are locals and know the area very well.

The lack of local soldiers cost the PLA a strategic loss in the Pangong Tso area, and now to prepare themselves for the future, the Communist government has instructed them to hire Tibetan soldiers.

As per intelligence reports, People’s Liberation Army officials from Lhasa visited Rudok town in Ngari Prefecture in the far west of Tibet Autonomous Region (TAR) in February to design the plan for recruitment. Now the PLA has finalised the effort to induct a Tibetan Army Unit in order to ensure that the next time it does not lose to the Indian armed forces due to lack of local recruits.

“These new recruitment drives are being held at a time when there are reports that mainstream Chinese troops from lower altitudes faced problems during their deployment in Tibet. We have intercepts showing their troops suffered from health problems such as severe mountain sickness and high altitude pulmonary oedema,” said an official, as per a report by Hindustan Times. 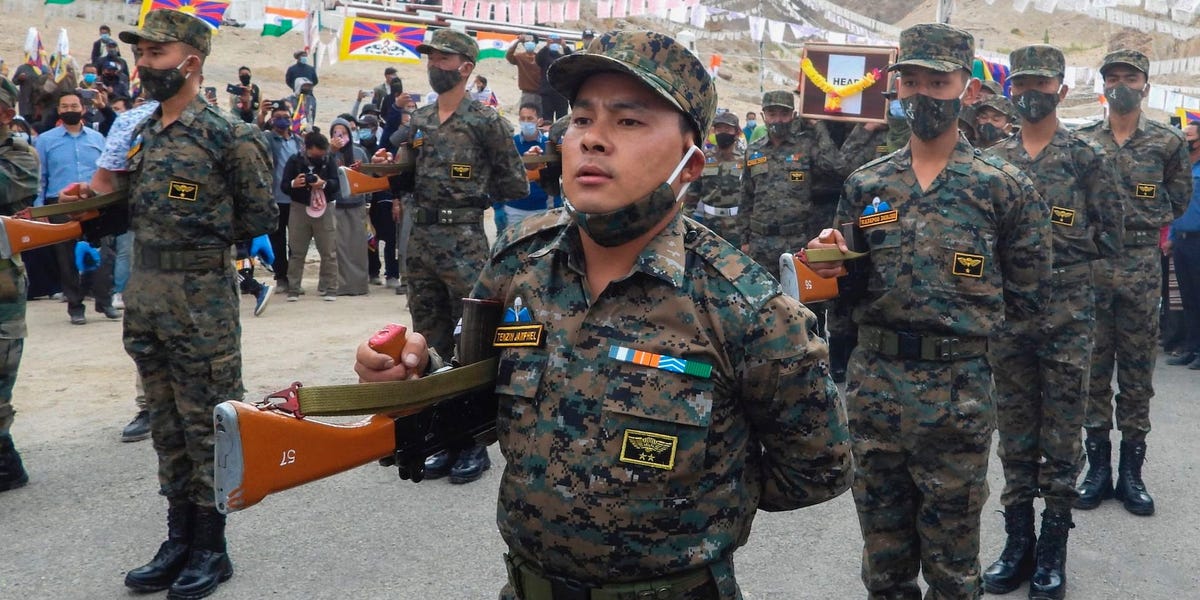 The recruitment drive of locals is China’s effort to remove the inherent disadvantage that it has against India in fighting in the Tibetan plateau. However, it is very unlikely to succeed because the Tibetans see China as the oppressor that has colonized their land, rapes women of their families, kills their children and sells the body organs of their family members.

So, the Tibetan unit of the PLA would be nothing more than conscripts who will be happier with China losing against India. On the other hand, India is seen as a holy land by the Tibetans because their leader, Dalai Lama, resides in the country.

Moreover, the Tibetans would never forget that India gave refuge to millions of people from their families when the Chinese were after them.

The Tibetans see India as their holy land and the SFF played a major role in India’s victory over Pakistan during the Bangladesh liberation war.

Read More: China isn’t done with its humiliations as it now seeks to intrude in the heavily fortified area around Kargil

Tibet is becoming the main issue between India and China once again, and New Delhi is doing this intentionally because of Beijing’s belligerent manoeuvres against India. For decades, India has been holding several cards against China close to its chest, but never took them out because India doesn’t believe in aggressive confrontations.

Therefore, despite frosty relations with China, India never brought up Tibet even though New Delhi has been hosting Tibetan refugees including the Dalai Lama for six decades now. The Special Frontier Force, a China-centric commando unit consisting of mainly Tibetan highlanders too was raised more than five decades ago but India never tried to antagonise China by deploying it publicly.

However, in August last year – a few weeks after the Galwan incident – India acknowledged the supreme sacrifice of a Non-Commissioned Officer (NCO), Nyima Tenzin of the Special Frontier Force, and Ram Madhav, the National General Secretary of India’s ruling Bhartiya Janta Party (BJP) attended the funeral in order to pay last respects.

China has since long insulated Tibet from the outside world, and now it is converting the entire Buddhist country into a fortress. But for how long can China cut a territory of 2.5 million square kilometres from the rest of the world?

China is making a huge mistake by preparing an Army of Tibetan soldiers, and these soldiers shall blow the trumpet of the Tibetan independence against the PLA just like the Indian soldiers did in the first war of independence in 1857.