Punjab is registering a massive surge in Covid cases and the fatality rate is disturbing. All thanks to mindless protests and no governance

With surging Coronavirus cases and the highest fatality rate across the country (above 3 per cent), the state of Punjab is facing a lockdown once again. Punjab government has banned social gatherings in the 11 worst affected districts and closed educational institutions and cinema halls of the state till 31st March.

The Punjab government has been very inefficient in dealing with the Coronavirus crisis and the state, along with Maharashtra, has dragged down the success across the country in the fight against Coronavirus.

Chief Minister of Punjab, Capt. Amarinder Singh accepted that the situation is worsening for the last few weeks. “It is a matter of concern that after bringing the problem under control by the end of the last year, the state is again seeing a surge for the last one month. From a low of around 200 cases daily and deaths in single digits, Punjab has gone to around 2,000 cases per day and the deaths are also increasing,” said Capt. Amarinder Singh. However, he failed to explain why the state administration has been so inefficient in dealing with the virus.

The number of Coronavirus cases is rising once again in the country with more than 40,000 new cases registered on 19th March. The major contributors to this new surge are Kerala, Maharashtra and Punjab. In Kerala, the cases are rising but the fatality rate is low. The major problem with Punjab is that the number of cases is moving northwards and, at the same time, the fatality rate is 3 times the national average. 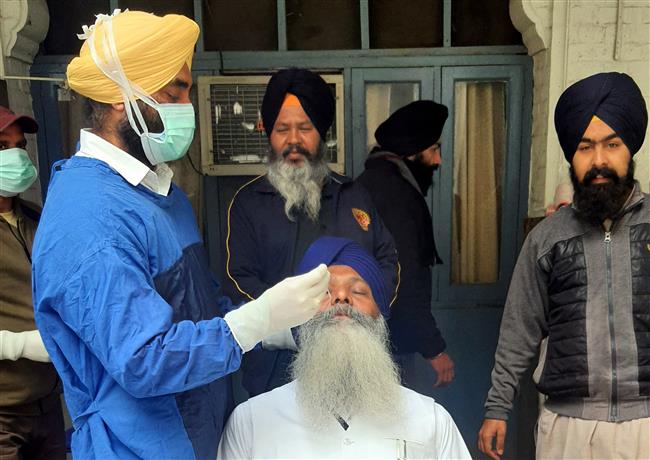 In the last few months, the government of Punjab has focused more on politics rather than policies to curb the virus. The state conducted local elections amid the pandemic and there were massive gatherings. The farmer’s protest was going on as if there is no Coronavirus threat.

Capt. Amarinder Singh is busy celebrating the victory of the Congress party in the local elections and is preparing for the 2022 assembly election instead of getting his act together against the pandemic.

The states across the country were in precautionary mode despite low positivity rate and fatality rate. For example, Uttar Pradesh, where the local elections were scheduled a few months ago, has still not conducted the election due to the pandemic. However, the Congress-led Punjab government was in a hurry to conduct the elections because it wanted to capitalise on the farmer’s protests.

Read More: Punjab 2022: A Dalit Sikh will become the CM for the first-time and s/he will be from the BJP

For small political benefits, the Congress party and the Amarinder Singh government have risked the security of the people of the state. The Amarinder Singh administration is so inefficient in handling the virus that 69 per cent of the private hospitals of the state have not administered a single dose of the Covid vaccine, reported The Indian Express.

The inefficient administration of Punjab and Maharashtra are pulling back the country’s success story against Coronavirus disease.

Yuvraj, Priyanka and now Bumrah: The ‘Say no to crackers’ brigade keeps exposing itself

Noida has a golden opportunity to attract business from reservation-struck Gurugram. But UP government is making the same mistake as Haryana