by Akshay Narang
in Analysis
0

China’s love for territory has taken it to the two extreme points of the planet- the Arctic in the North and the Antarctica in the South. Situated at a far distance from both the North Pole and the South Pole, China ideally shouldn’t have anything to do with these two parts of the world, but then Chinese expansionism knows no bounds.

As TFIPOST has reported earlier, Chinese claims in the Arctic have already put Beijing at loggerheads with Moscow- an issue which is going to aggravate with the melting polar ice-cap. Down South, growing Chinese presence in the Antarctica is turning out to be quite an issue for the international community and especially Australia which claims 42 per cent of Antarctica. 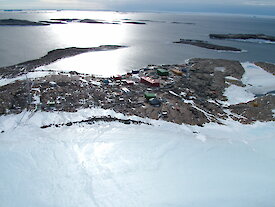 China has different ambitions when it comes to these two inhospitable and ecologically fragile parts of the world. In the Arctic, Beijing’s interests happen to be primarily related to transportation and logistics. China calls itself a “Near-Arctic State” with little regard for its real geographical position.

Ultimately, China wants to solve the Malacca dilemma which gives the Dragon the status of a green-water Navy. Beijing is, therefore, looking at a distant future, when the melting ice-cap in the Arctic would allow it to create the Arctic Sea route or the Polar Silk Road.

However, Beijing’s sea route ambitions clash with that of Russia, which plans a Northern Sea Route (NSR) allowing Moscow to access the European Continent with far greater ease, as global warming would create new warm water ports and naval bases. Russia claims that the five countries with direct access to the Arctic Ocean are the biggest stakeholders in the region in line with the International Maritime Law.

Such a perception allows Russia to claim a Northern Sea Route in its territorial waters. However, China claims that the Arctic is a part of the global commons and at the same time elevates itself to a higher position by calling itself the “Near-Arctic State” that allows Beijing to come up with a moniker of the NSR, the “Polar Silk Road.” 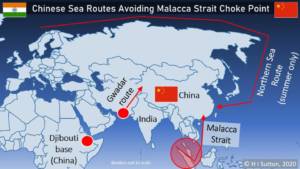 However, down South in the Antarctica, the issues are a little different. Antarctica is far more regulated than the Arctic as the Antarctic Treaty System signed in Washington on December 1, 1959 bars mining activities, the establishment of military bases and weapons testing in the Southern Continent. The Continent is reserved for encouraging scientific research only.

However, the question remains, can we trust China? While China can practically have no transportation ambitions through Antarctica, experts believe it does have three very dangerous goals to fulfil out of the Southern Continent- fishing, oil exploration or other mining activities, and capitalising on military advantages.

There was a cutback in research activities by countries like Australia and the United States when it comes to Antarctica, but, it is believed that both Russia and China have been taking advantage of the Pandemic to build on their presence in the southern continent. A great power game in Antarctica could unfold anytime soon as China lays claim on the Antarctic.

While military activities are prohibited in Antarctica, experts say, “Russia and China were using the guise of scientific research to stake a further claim on the continent”.

Peter Jennings, the Executive Director of the Australian Strategic Policy Institute said, “China’s interest in Antarctica is not limited to the short term”. He also thinks that Chinese interests in the Antarctic are not “shaped by scientists.”

China’s interests are driven by several factors. One of them is fishing. China has dried up its coastal fisheries due to overfishing and is now exploring other parts of the world like the Galapagos Islands in Latin America. Antarctica is also on China’s radar.

While the rest of the world was cutting down on Antarctic research due to the Coronavirus Pandemic, Chinese company- Shanghai Chonghe Marine Industry was acquiring the largest Antarctic krill-fishing boat to be completed by the year 2023. Krill, a tiny crustacean crucial to the Antarctic ecosystem as it forms a diet of several creatures in the region is already in danger due to increasing global demand. And now, Beijing wants more of it because Krill is used as oil and feed in China.

China can irreparably hurt the Antarctic ecosystem through overfishing. But the problem doesn’t end here. Klaus Dodds, a geopolitics professor at Royal Holloway, University of London, says in much fear that “fishing is a proxy for minerals.” Presently, the Antarctic Treaty puts a complete ban mining but Russia and China both want this prohibition to be diluted. It is believed that while the present conversation revolves around Krill and fishing, it could be the forerunner to the demands for mining.

China is preparing itself well in advance. It knows that the Antarctic Treaty would be up for a standard review in 2048- around 30 years down the line. It wants to take the lead and be prepared to dominate the Southern Continent by that time.

Within Australia, growing Chinese presence has been a cause of concern even before the Pandemic. Professor Brady, who specialises in Chinese politics and its policies in the polar regions, said, “China is active all across this sector within East Antarctica, quite a sizeable chunk of what Australia calls the Australian Antarctic Territory.” China is also building its fifth base in the Antarctica just outside the Australian claim in the Ross Sea. As China’s fishing or other activities grow, the Eastern portion of the Antarctica itself might become a Sino-Australian flashpoint.

We would be grossly mistaken to think that Chinese belligerence is limited to just the South China Sea and the Himalayas. China is preparing for polar wars with Russia in the Arctic and Australia in the Antarctica. And the world must wake up to the new Chinese threat, or else Beijing would destruct the common heritage of the mankind.

India planning a port for entire Indo-Pacific minus China? A genius plan to strengthen the supply chain