Another headache for Xi Jinping

The most accepted perception among those who do not observe global supply chains closely is that Chinese factories are dependent only on the American and European companies, which outsource out their manufacturing processes to the Communist country. The crucial role played by other East Asian economies (like Japan, South Korea, and Taiwan) in making China the “factory of the world” is often ignored.

It is imperative to note that, Japan, South Korea, and Taiwan are all high-income countries and the majority of their companies outsource their manufacturing processes to China. These countries have played a vital role in establishing China as a manufacturing powerhouse, and provide employment to millions of Chinese workers. But, amid the Coronavirus pandemic, as China steps up aggression towards its neighbours at the border, these countries, led by Japan, have decisively started the ‘undoing of China’s economic might’ by shutting down their factories in the Communist country.

And with this, a debate has been sparked in China about whether it can survive this accelerated exodus of companies and the job losses as a result of it. China is rattled by the fact that their second-largest trading partner, Japan, is actively decoupling its economy from China. Its other eastern neighbours, Taiwan and South Korea too are heading in the same direction.

A few months ago, the Japanese government had also approved a stimulus package, worth a whopping amount of 108.2 trillion yen (or $993 billion) – equal to 20 per cent of Japan’s economic output. This was to cushion the impact of the epidemic on the world’s third-largest economy. Out of the total amount, it earmarked US $2.2 billion to help its manufacturers to shift their production out of China.

As per the report by a Japanese newspaper Nikkei Asian Review, companies have lined up to seek funds from Japan’s Ministry of Trade, Economy and Industry to move their factories out of China. So far, a total of 87 companies have signed up with the Ministry to move their manufacturing units out of China, with 57 moving back to Japan and 30 to different Southeast Asian nations like Vietnam, Thailand, and Laos.

The South Korean government, too, is nudging large companies including Samsung, the conglomerate which alone accounts for almost one-fifth of the country’s GDP, to move the production of personal computers out of China. A few days ago, Samsung announced that it will no longer assemble PCs in China due to fierce market competition. This will eventually affect thousands of jobs in the country. “Except for employees at the research and development department, all others’ employment contracts will be affected,” reads the notice given to the staff by the contractors.

Now, over 290 million migrant workers in China are at risk of unemployment. The local governments in Chinese provinces are increasingly worried about ‘losing face’ and becoming an unattractive manufacturing destination, where a large number of people are ending up being unemployed as Japanese manufacturers are shutting their factories.

The economic advisors are asking the local governments to bring down the manufacturing cost and provide a safe investment environment to stop the exodus. Liu Zhibiao, an advisor to the provincial government said, “The Jiangsu government is confident about its infrastructure and government efficiency, so they are not that worried about the exodus. So at the end of the day, the only way for local governments to keep foreign enterprises is to help lower their costs and provide a safe investment environment for them.”

As per a survey by Teikoku Databank, a credit research house- 14,394 Japanese firms were operating in China in 2012 when both countries came at loggerheads with each other for the first time in the last few decades, on the matter of the Senkaku Islands. Since then, the number of Japanese firms has consistently declined to reach 13,934 in 2016 and 13,685 in 2019. Given the billions of dollars of incentives by the Abe government, the exodus of the Japanese companies is accelerating as 87 companies have already left within the last few weeks, and hundreds more in line to leave. 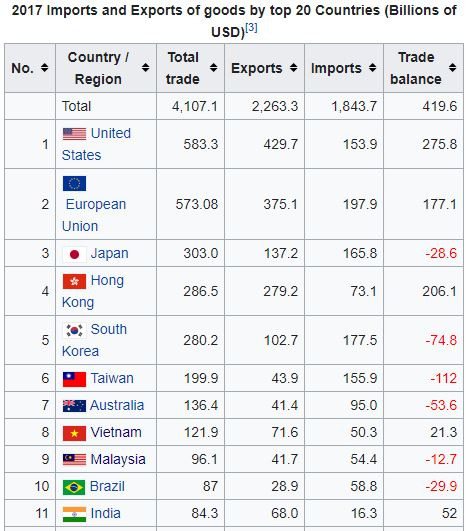 The United States, Japan, South Korea, and Taiwan are the four of the largest trading partners of China with a combined trade volume of 1.4 trillion dollars- above one-third of China’s total trade. As the Communist government has picked up a dispute with almost all of its large trading partners, its export-dependent economy is set to collapse in the next few years.

“Japanese corporate managers decide where to invest by considering diversification to minimise the risk of disruptions to supplies of important goods and to supply chains in the event of unanticipated crises,” said Hideo Kawabuchi, deputy director-general of Japan External Trade Organization (JETRO) Beijing, a government-related organisation that promotes trade and investment to and from Japan.

Diversification or enmity, whatever is the strategy behind the pulling out of China, ultimately the Communist country is set to lose. In the last few months, the Japanese government has openly spoken on the complicity of the Chinese government in the spread of the Coronavirus. Now, Japan-China relations are in that stage where even a state visit by the top leader is not possible. This also serves as the agenda of the Japanese government to not be perceived as a country making any compromises with China, and also to force businesses to move their factories out of China.

The Coronavirus pandemic is now set to prove the final nail in the coffin of globalization, especially the China-centric globalization. After the Coronavirus pandemic is over, the companies, as well as workers, would avoid any business with China, given the massive psychological resentment against the country due to the virus. At the same time, the governments would also incentivise the companies to relocate because they would want to fill up for the massive job losses due to the recession.

China’s rise in the last few decades was due to its manufacturing prowess, but with the rise in income (China has become a middle-income country with per capita GDP five times to that of India), labour is getting costlier and the companies are already looking to relocate. The Coronavirus-induced recession would give them a final push to relocate to their own country or other countries with cheaper labour, like India or Vietnam.

Ram Mandir and Hagia Sophia: What the Western-Christian world needs to learn from India’s Hindutva

With NGOs, scholarships and funding for Islamists, Turkey has infiltrated deep inside India