TFIPOST, OpIndia and Swarajya- the 3 top RW portals are in Wikipedia’s Blacklist. But Quints and Wires aren’t

The left-wing bias of Wikipedia, and the ideological inclinations of its top executives and editors have for long been brought to question, however, TFIPOST today brings you this report, which proves Wikipedia’s explicit bias and nefarious designs like never before. Wikipedia protects the twisted leftist narrative globally and in India and for this it has weaponised its informational hegemony against prominent Indian right-wing portals like TFIPOST, Swarajya and Opindia.

TFIPOST recently accessed Wikipedia’s ‘Blacklist‘, which is essentially a list of websites and media portals blocked by the global digital encyclopaedia. What we found has only reaffirmed our belief that what we do as a part of the media sends chills down the spine of those who’d rather have multiple uncomfortable truths pushed under the rug. 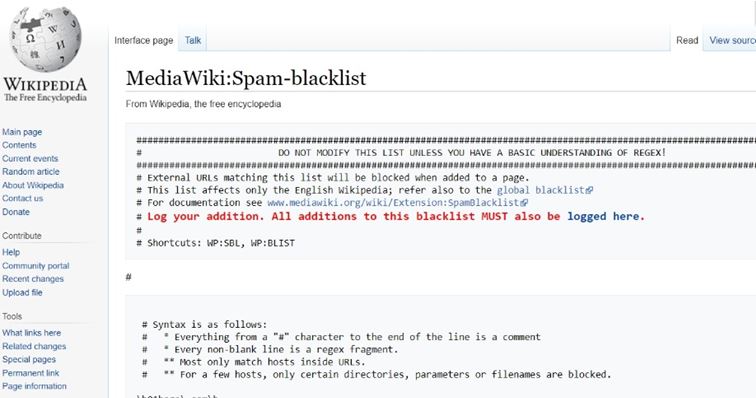 India’s top right-wing media outlets, which include TFIPOST, Swarajya and OpIndia have been ‘blacklisted’ by Wikipedia. This is to say that if an individual wishes to cite any one of these web portals as the source in any Wikipedia article, they would be unable to do so, since these sites have been blocked by Wiki’s perceivably rattled top editors and executives. Notably, rightlog.in, our previous form, also finds mention in the blacklist. 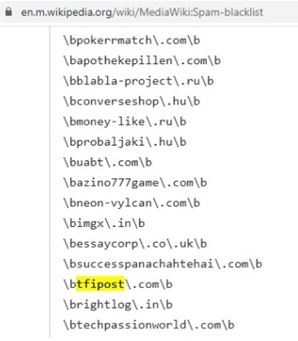 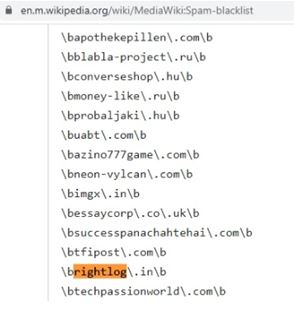 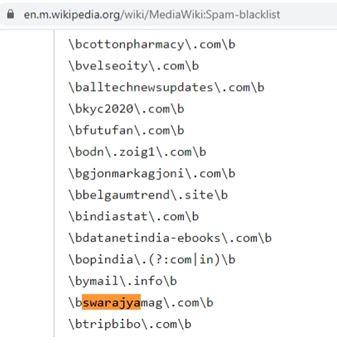 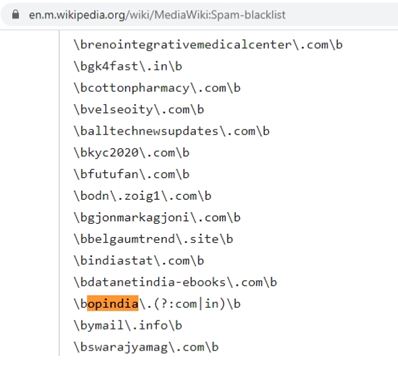 TFIPOST, our former website name ‘Rightlog’ and other prominent right-wing portals like Swarajya and Opindia have been highlighted in the list of sites blacklisted by Wikipedia. For Wikipedia, Opindia, Swarajya and TFIPOST are not authentic sources to site in a Wikipedia article but blatantly left-wing and controversial Indian media portals like The Wire, The Quint, News Laundry and Scroll are.

Why have India’s top right-wing media outlets been banned on Wikipedia? It is to prevent our articles and reports from being cited as sources by the many people who contribute to Wikipedia, for if they allow our links to be used as sources, it would seriously dent the leftist narrative being peddled on Wikipedia. Let me explain using an example.

Let us assume a left-leaning web portal, say ‘liar.in‘, to be an example. Since liar.in is explicitly a leftist portal, it will naturally have to indulge in fake news in order to sustain itself, for how else will it attract viewers to its worthless content? Now, let us assume that liar.in did a completely biased coverage of the Northeast Delhi riots of February, pinning all blame on Hindus and Kapil Mishra alone, while ignoring rabid creatures like Sharjeel Iman and Tahir Hussain. In order to prevent an alternate version to this narrative, Wikipedia has blocked all three top right-wing portals of India who challenge leftists and their narratives on a daily basis. By doing so, Wikipedia helps portals like liar.in to continue being used as sources on its pages as the sole custodian of all narratives that there can be. The international opinion is automatically tilted in favour of this narrative as a one-sided story with selective facts and insinuations, and even lies, is what most unsuspecting readers have access to on Wikipedia.

Further, in the absence of right-wing portals, since they cannot be cited as sources, the left-liberal nature of Wikipedia remains intact and unchallenged, while the stories that dent their narrative are filtered out and literally deleted from people’s memory in the long run. Which is why, during the Northeast Delhi riots, Wikipedia was able to paint the incidents as purely anti-Muslim, and a doing of the oh-so-terrible Hindus, whose charge was led by people like Kapil Mishra. Now, had the three right-wing media outlets of India not been blacklisted by Wiki, there would be plenty of individuals willing to set the tone of the Delhi riots page right. However, they were unable to do so, since TFIPOST, Swarajya and OpIndia, all of these cannot be cited as sources for any edits, courtesy the infamous ‘blacklist’.

We’d like our readers to try doing so themselves. Wikipedia, as we know, requires rudimentary programming and digital language knowledge for editing, and almost anyone can edit Wikipedia pages without even logging in. However, these edits will be rejected by a highly opaque and shady group of “top-editors” deployed by Wiki within minutes, if not seconds, the same editors, whose political inclinations are now out for all to see.

Then comes the menace of stereotyping. Oh, so you’re a right-wing news portal? You must definitely be fake news.

Oh, so you’re a nationalistic media outlet? You must be on the payrolls of the BJP.

What, you consider India an inherently Hindu civilization? You’re a bigoted platform.

Such naive and infantile generalizations would be the main reasons as to why we have been blacklisted by Wikipedia. However, what action has the global encyclopaedia hegemon taken against those who actually peddle fake news, shamelessly so? What action has been taken against websites and their founders who think of themselves to be ‘fact-checkers’, while their own facts are driven by inherent ideological inclinations? None. As a matter of fact, right-wing portals that have been blacklisted by Wikipedia have time and again exposed the fake news peddled by Leftist portals and media houses. We are a threat to their hegemony over narratives, and that is the precise reason why we have been blacklisted.

Also, why would they take action against such media portals? They are Wikipedia’s oxygen in India. Without them, Wiki’s goal of making Indians a braindead species who unconsciously consume only Leftist propaganda through its pages would fall flat on its face. If Twitter and Facebook are Goliaths representing the rot of political and ideological bias which should ideally not affect the working of these platforms even by an inch, Wikipedia is the unparalleled global villain.

Kejriwal and Uddhav: The two CMs who failed their state and their people have shamed India at the global level