Another big scam of the Congress unveiled

The determination of the Congress party to rob the nation needs no introduction. Name any scandal, and a Congress link emerges. What is worrying, however, is the fact that the party pretends to be a holy cow on possibly all counts while trying to attack the Modi government. It accuses PM Modi of being all the things that even his detractors know he never was, nor will he ever be. For example, it is infantile to accuse PM Modi, just like it is foolish to accuse him of compromising national security. Yet, the Congress has, over the years, perfected the art of not making sense. 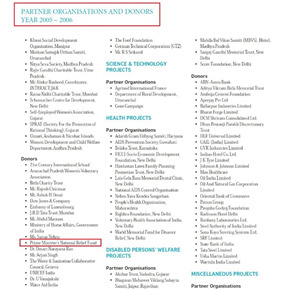 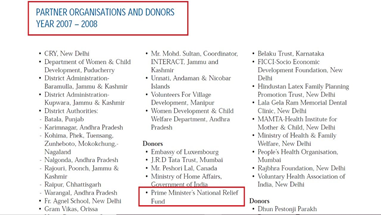 Even as it had only been a day after the Rajiv Gandhi Foundation scandal broke out, more disturbing details relating to the same Congress-run foundation continue to emerge. Turns out, China was not only paying the Congress think tank, but the party running it was shamelessly diverting funds, over multiple years, from the ‘Prime Minister’s National Relief Fund’, to the Rajiv Gandhi Foundation, under the garb of ‘donations. Annual records show that the Foundation received undisclosed amount of funds from the PMNRF.

The Rajiv Gandhi Foundation received ‘donations’ from the PMNRF for at least three consecutive years, i.e., 2005-2006, 2006-2007 and 2007-2008. ‘Donations’ is a sophisticated way of referring to siphoning of public money from a country’s national relief fund, to a private organisation run by the Congress. The said ‘donations’ to the foundation were taking place at a time when Dr. Manmohan Singh was the Prime Minister, though the country was run by Sonia Gandhi and her minions. Interestingly, Sonia Gandhi is the chairperson of RGF, while she also back then, in all likelihood, was a member of the managing committee of PMNRF.

PMNRF is a highly shady national fund, which gives absolute autonomy to the Prime Minister to use the funds as he or she may deem fit. This is because after having been recognized as a trust, the fund has operated without a trust deed. The Prime Minister’s National Relief Fund (PMNRF) was established in the year 1948 by Jawaharlal Nehru to initially facilitate aid to those displaced from Pakistan. Over the years, the fund came to be used in the aftermath of natural calamities and other disasters.

As a result of the same lack of transparency, the Congress was successfully able to divert funds from PMNRF to one of its own foundation, which by the way, was also working at the behest of the Chinese Communist Party. What is interesting, though, is not that the Congress diverted and siphoned funds from the national relief fund to the Rajiv Gandhi Foundation. Congress and corruption are synonymous terms. Hardly anyone is surprised by the coexistence of the two, side-by-side. Instead, what is noteworthy is the fact that Congress and its minions have mounted a completely fallacious campaign against the PM-CARES fund, which has been constituted by Prime Minister Modi, to aid the fight against Coronavirus. The Prime Minister’s Citizen Assistance and Relief in Emergency Situations Fund has been set up as a public charitable trust. The Prime Minister is the chairman of this trust and its members include the Home Minister, Defence Minister and Finance Minister.

PM Modi has been accused of setting up a parallel national relief fund which is opaque, at a time when PMNRF already exists. Sonia Gandhi had, in April, asked the Prime Minister to transfer all PM-CARES fund to the National Relief Fund. This, she said, should have been done for ‘better transparency, accountability and efficiency’. With the Congress heading the vague opposition to PM-CARES, the liberals too hopped on upon the bandwagon, and alleged that the funds will not be used in a transparent and judicious manner by the BJP-led government. They did not realise that the Prime Minister had instead decentralised his own office’ authority over the national relief fund, by dividing the decision-making process in PM-CARES to three other top ministers.

We think that the Congress foresaw getting exposed. With the setting up of PM-CARES fund, essentially, PM Modi had launched a much more transparent national fund, which has no history of lavishly and continuously donating to a political party’s foundation. PMNRF has rightfully been side-lined, and the process of exposing the Congress’ corruption even in a body meant to help citizens in dire need, has begun. The Congress knew that a shift to PM-CARES would be disastrous for the party, as it was an indicator that the government was in the know of all the dynasty’s shady and corrupt practices in the past. And guess what, they were right. Now, the entire country knows about their corruption, and how they refused to spare even an institution like PMNRF.

The Rajiv Gandhi Foundation, meanwhile, also received donations from at least seven central ministries, which include the Home, HRD, Health and Family Welfare, Women and Child Development Ministries, among others. Eleven public sector undertakings, like LIC, SBI, IDBI Bank, ONGC, Bank of Maharashtra, etc are also listed donors to the RGF, run by Congress. Mehul Choksi too, has been a donor of the foundation.

Congress reigns supreme in corruption and shady financial transactions. This is just the beginning, and more skeletons are about to tumble out.

After India pushes PLA back, Japan does not rule out pre-emptive strikes against China

‘While the world fights pandemic, China is grabbing our land,’ Vietnam and Philippines slam China

‘I wish to make a biopic on Zakir Naik,’ Mahesh Bhatt is the darkest blot on a very dark industry