Newswire
Another summit with US unnecessary: Kim Jong-un’s sister 44 mins ago
Eng vs WI: Michael Holding breaks down while discussing racism 49 mins ago
No revised guidelines for reopening schools: US CDC 53 mins ago
Google joins Canonical to bring Flutter apps to Linux 53 mins ago
With over 26k fresh cases, India inches closer to 8 lakh 1 hour ago
Seoul Mayor found dead hours after reported missing 1 hour ago
Next
Prev

by Guest Author
in Americas

Presumptive Democratic nominee Joe Biden caught a national wave of momentum over the last week, prompting several bookmakers to re-evaluate the market for the presidential race significantly for the first time in months.

As it were, several sportsbooks have boldly gone on to tip Biden as the -130 betting favorite to win outright and at the same time gone as far as to set Donald Trump adrift on +113 odds.

It is the first time Biden blows past Trump in a meaningful way according to most accounts and yet the current status quo is not unanimously reflected with every sportsbook. While some do laud up Biden at Trump’s expense, other stalwarts in the political betting industry have stayed the course with ‘the Donald’ as the betting favorite, even if only just.

Bookmakers are clearly split on whether Biden or Trump should be favored to emerge triumphant in November, on whether Democrats or Republicans have the advantage. Paradoxically echoing the prevalent mood of uncertainty and strife dominating the American landscape as it ricochets from one crisis to another in the space of a few months.

The latest crisis is an alarming case of civil unrest that is ramping up across the country, with people flocking to the streets in droves and joining the “Black Lives Matter” protests that were fired up following the brutal death of George Floyd in Minneapolis, while in police custody. 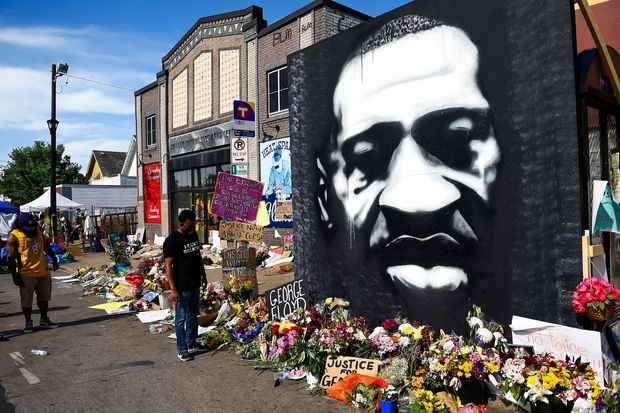 Reconciling the coronavirus pandemic in an election year was challenging enough, never mind adding to the mixed civil unrest that is being charged by social injustice and racial inequality activism.

54% of Americans say the worst of the #BlackLivesMatter demonstrations is not over. https://t.co/pzXl0B66HN

The coronavirus pandemic couldn’t have come during a more pivotal time in the election cycle than it did. Just when Joe Biden was riding his first wave of national momentum, piggybacking on a stunning Super Tuesday showing that gave him a significant delegate lead.

As the public health crisis systematically wreaked havoc with traditional electioneering and Democratic Primaries, Biden’s campaign was forced to go to ground. Still begging for the requisite delegate leads needed to officially get the nod from the Democratic National Congress (DNC).

The former vice president’s team was having to conduct all campaigning activity from a remote setting The only recourse to a national audience coming through infrequent televised media interviews, which struggled to resonate at the height of the pandemic with a public that was frankly more concerned about its enduring health than party politics.

Despite the unchartered waters, Biden nevertheless did manage to pop up repeatedly in various opinion polls. Often the more favorably than Trump did. That said, Biden’s polling numbers have really skyrocketed in the last few days, in direct proportion to the heavy criticism meted out on the Trump administration for its perceived lack of action in the face of back-to-back catastrophes.

Whether the current bonhomie surrounding Biden holds strong over the next 154 days until the November 3 general elections get underway remains to be seen. For the time being, Average Joe is capitalizing on it, for now, presenting himself as the more attractive alternative to Donald Trump.

A Washington Post-ABC News poll, which was conducted last week via phone and polled a random national sample of 1,001 adults, revealed Biden edged Trump 53% to 43%, representing a 10 percentage-point lead. Separately, Monmouth University poll this week found Biden had a 52% to 41% lead over Biden. While a POLITICO/Morning Consult poll showed nearly 70% of those polled believed the country was heading in the wrong direction.

Whichever way one slices opinion polls, they should be taken with a grain of salt. In 2016, polls served up Hillary Clinton as the likely winner of the U.S, Elections. Moreover, it’s worth pointing out that Trump has never been synonymous with popularity. Winning the popular vote has never been at the heart of the Trump strategy; after all, he won the previous elections by winning the electoral college vote and not the popular vote.

Even the height of the Trump administration’s term didn’t score high with public opinion. Just before the pandemic hit like a ton of bricks, it was full speed ahead for the American economy. Unemployment was at a half-century low, financial markets were thriving and wages were on the up. Even then the ‘America first’ president emerged in various polls with about a 43% approval rating.

Today, nearly 110, 000 lives in America alone have been lost as a result of coronavirus; one in four Americans are unemployed, businesses are struggling to survive or have gone bankrupt and the nation is looking ahead to a recession that is likely to have far-reaching consequences. The worst of it: the threat of COVID-19 is far from over as epidemiologists threaten a second wave far deadlier than the first could hit later this summer.

On top of it all, in the space of a few short months, a second crisis hits America. A civil crisis that is poised to be defined, if not test the presidential clout of Donald Trump. Equally too, test the merit of presumptive Democrat nominee Joe Biden as the potential successor to the incumbent.

The opinions expressed in this article are those of the author. They do not purport to reflect the opinions or views of the TFIPOST or its members.

‘You think you can randomly arrest our citizens,’ Canada and Australia rip into China’s “hostage diplomacy”

‘Ravish Kumar will go to Jahannam after death,’ We are not saying this, Zakir Naik said it

3.6 million employed by Indians in 11 countries: Indians are the leading job creators in the world