Not just a people's movement anymore

For the last few years, whenever there is tension on the Indo-China border, the call to boycott of Chinese goods comes from concerned citizens. Also, during festival season, social media is filled by messages which encourage the purchase of domestically manufactured goods.

However, these citizen-led calls were never taken seriously by the Indian government and the country continued to trade with China. In fact, China’s share in India’s total trade deficit has only increased the last decade, except for a few years. 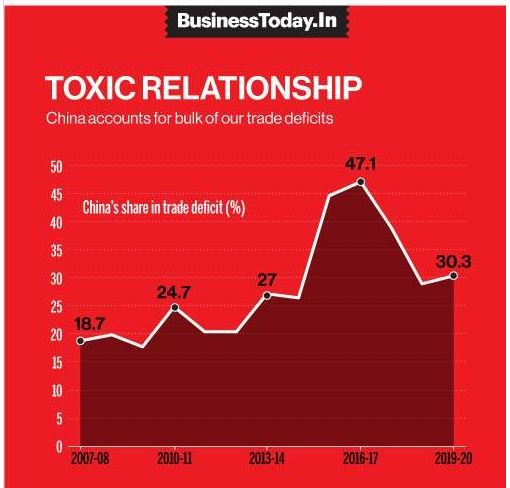 But, with the latest confrontation at the border in which 20 soldiers were killed, the government has tightened the belt to push China out of the Indian market, for the first time. Yesterday, External Affairs Minister S. Jaishankar told China that the border clash would damage bilateral relations between the two countries.

PM Modi also warned China of serious consequences. After that, in a video conference to launch of 41 coal mines for commercial mining yesterday, PM once again renewed the call of self-reliant India and explained its meaning. “India will turn this Covid-19 crisis into an opportunity. It has taught India to be self-reliant. India to reduce its dependence on imports,” said PM Modi without naming China, which accounts for the bulk of Indian imports. 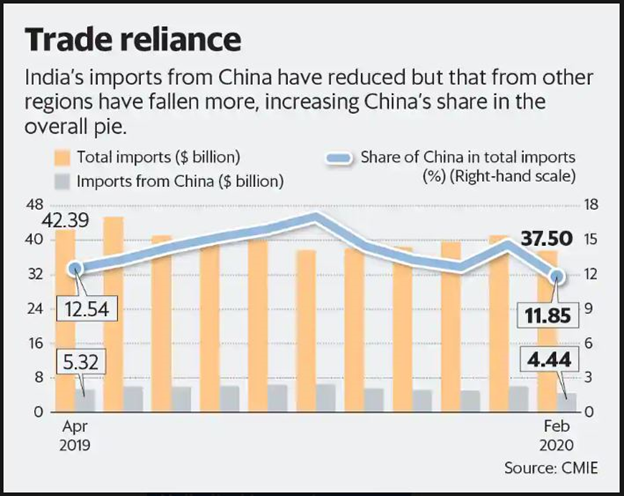 This time, the Indian government itself is leading the push to boycott Chinese products, contrary to previous times when it used to be citizen-led calls. The first step by the government was to refuse market economy status to China, thus giving Indian authorities power to impose anti-dumping duty on any Chinese product. As per WTO rules, member countries cannot impose an anti-dumping duty in a discriminatory manner on market economies, but for the non-market economy, it is allowed.

“The Authority notes that in the past three years, China PR has been treated as a non-market economy country in anti-dumping investigations by India and other WTO Members. In view of the same, the authority treats the subject country producers/exporters as non-market economy in the present investigation,” said Directorate General Of Anti-Dumping and Allied Duties (DGTR).

India is not the only country to have not accorded market economy status to China. European Union and the United States treat the country in the same fashion given the fact majority of Chinese companies are directly or indirectly controlled by the state.

“If 80% of your companies are directly or indirectly controlled by the state and the banks are controlled by the Chinese Communist Party, then how can China claim that its trade partners should give it market economy status,” said Jayant Dasgupta, former Indian ambassador to WTO.

The second step by the government was to scrap the projects given to Chinese companies by Indian state-owned entities and banning them from any future business with the dragon. 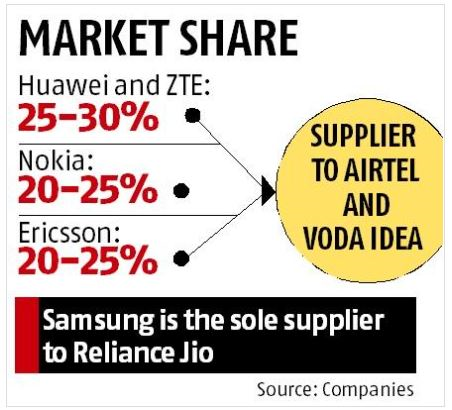 BSNL, the state-owned telecom company, has been told to not use Chinese-made equipment in its 4G up-gradation. “The entire tender will be reworked now,” said an official. Department of Telecom is also considering telling the private companies like Airtel and Vodafone, which use equipment made by Chinese companies, to reduce their dependence on the dragon.

“In the current situation, the safety and security of networks built with Chinese equipment will be under scrutiny. The ownership patterns of Huawei and ZTE could become a sticking point in India’s network upgradation plans,” said the official.

Another department which actively moved to throw Chinese companies out is Indian Railways. China Railway Signal and Communication (CRSC) Corp., which was awarded the contract to install signalling in the Eastern Dedicated Freight Corridor in 2016 for 500 crore rupees, has been told to move out as its contract has been revoked. ”I won’t be able to comment on our internal decision before it is officially formalised. But we would be happy to engage Indian players and talents wherever possible,” said Anurag Sachan, Managing Director of DFCCIL. 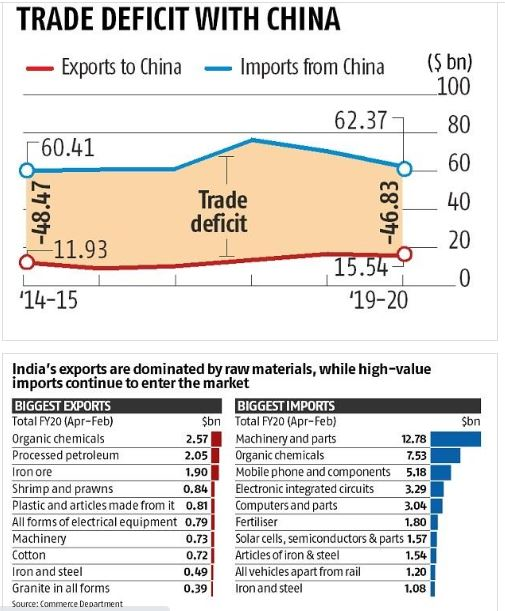 The trade deficit has already narrowed with the dragon in the last two fiscal years after the peak of 63 billion dollars in FY 17, thanks to the increase in import duty and imposition of anti-dumping duty by the government. As per a report by Business Standard, the government is already considering increasing import restrictions on 371 items — ranging from toys and plastic goods to sports items, and furniture — which worth $127 billion and, majority of these items are imported from China.

Global Times, the Communist party mouthpiece, is already rattled by the call to boycott Chinese products. Yesterday it published an article titled- Indians should curb ‘boycott China’ voice after border clash. “The space for economic cooperation between China and India is vast. Economic and trade cooperation is of great significance to the economic development of both countries, and to overcoming difficulties,” argued the Communist propaganda tool.

‘China is not your saviour,’ Omar Abdullah tried to give advice to radicals in Kashmir, got chased out of Twitter