The People’s Republic of China has been caught with its hands in the cookie jar, as Brazil took it upon itself to hammer the Communist state for the strong-arming tactics it employed against Brazilian lawmakers and Parliamentarians recently. On Tuesday, Paulo Eduardo Martins, a Brazilian Congress member, posted a photo of a letter from the Chinese Embassy to all the members of the Brazilian Chamber of Deputies, on Twitter.

The letter was a brazen warning to all sovereign Brazilian lawmakers, to desist from extending congratulatory messages to President Tsai Ing-wen of the Republic of China, which is also called Taiwan. It must be mentioned that President Tsai had recently won a decisive mandate, garnering over 8 million votes to assume the role of Taiwan’s President for a second consecutive term.

The letter from the Chinese embassy, dated May 13, had called upon Brazilian lawmakers to remain silent on the issue of President Tsai Ing-wen’s re-election and swearing in. This gross interference on the part of China, coupled with brazen meddling into the freedom of Brazilians, has irked the South American country tremendously, to say the least.

Furious Brazilians took to Twitter to lodge their utter disgust towards China and its ruling solitary regime, the Chinese Communist Party. Millions of Brazilians started tweeting using the trend #VivaTaiwan, which soon became the top global trend, much to the dismay of Xi Jinping and his stooges. 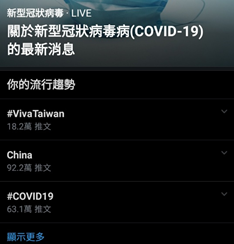 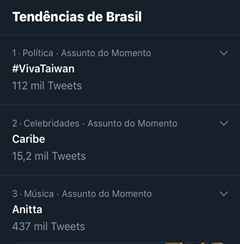 Thank you @PauloMartins10 for congratulating @iingwen on her #Taiwan520 inauguration. The government & people of #Taiwan sincerely appreciate the friendship & support of #Brazil.

Brazilians were not yet done embarrassing China for its overreach, and the tweets under #VivaTaiwan are bound to haunt the CCP for quite a long time.

We from Brazil congratulate President Tsai Ing-wen @iingwen on her historic victory & inauguration for a 2nd term as the democratically-elected leader of Taiwan. #VivaTaiwan 🇹🇼🇹🇼

The Brazilian People, FREE, a friend of those who value Freedom and Democracy, salute President @iingwen and Taiwan for the new phase. We wish you success in your Management and Progress. #VIVATAIWAN #VivaTaiwan

President Tsai Ing-wen could not help but appreciate the large-scale anti-China uprising being seen in Brazil, only for the cause of supporting Taiwan, its autonomy and its sovereignty. Taking to Twitter, she said, “Thank you to all of our friends in #Brazil for your kind congratulations, and I hope you are all staying safe & healthy. #VivaTaiwan #VivaBrazil”

Thank you to all of our friends in #Brazil for your kind congratulations, and I hope you are all staying safe & healthy. #VivaTaiwan 🇹🇼 #VivaBrazil 🇧🇷

The international community, in a collectively marked departure from the status quo this time, decided to stand up for Taiwan and its freedom. On behalf of India, two BJP MP’s, Meenakshi Lekhi and Rahul Kaswan attended the swearing-in ceremony of Tsai Ing-wen, in complete contrast to India pulling out of the same ceremony in 2016.

Tsai was sworn in for her second term last Wednesday, and Lekhi and Kaswan were among 92 other dignitaries from 41 countries who virtually attended the ceremony via video conferencing. Matthew Pottinger, senior director of the U.S. National Security Council, was one of 92 foreign dignitaries to congratulate Tsai through video messages.

Secretary of State Mike Pompeo took to Twitter to congratulate President Tsai. “Congratulations to Dr. Tsai Ing-wen on the commencement of your second-term as Taiwan’s President. Taiwan’s vibrant democracy is an inspiration to the region and the world. With President Tsai at the helm, our partnership with Taiwan will continue to flourish,” he said.

Congratulations to Dr. Tsai Ing-wen on the commencement of your second-term as Taiwan’s President. Taiwan’s vibrant democracy is an inspiration to the region and the world. With President Tsai at the helm, our partnership with Taiwan will continue to flourish.

The immense support which Taiwan has garnered from Brazil has left the CCP with nothing but egg on its face. From warning the lawmakers of Brazil against congratulating President Tsai, to being made to face with a massive Twitter trend #VivaTaiwan, China indeed wouldn’t have experienced such a severe global backlash against its diktat before. The “Long Live Taiwan” Twitter trend would have also gone a long in schooling the CCP about the power of a free people.

Brazilians have truly led the way for the world this time around, and the international community has much to learn from them on how to deal with brazen threats from China to a sovereign nation’s Parliamentarians. It is about time that the cause of Taiwan’s independence be taken up by every individual, so that China is rendered powerless in its dreams of annexing Taiwan completely. The CCP must realize that it has no takers across the world, and that any misadventure on their part will have grave consequences for them.