No Result
View All Result
Newswire
Mahagathbandhan fields RJD MLA for Speaker’s post in Bihar 13 mins ago
Already cleared way for reopening Spas: Centre to Delhi HC 16 mins ago
Schools in Pak closed down for violating Covid SOPs 22 mins ago
Gandhi’s silent as Congress’ internal rift widens up 22 mins ago
Markets in Bhopal to open till 8 p.m. amid Covid-19 surge 25 mins ago
Pak’s CTD foils suicide attack on Lahore police station 31 mins ago
Next
Prev

Of Uddhavs and Yogis: The best and the worst CMs during Coronavirus pandemic

On March 23, Prime Minister Modi had announced a 21-day lockdown, which was further extended to May 3 recently, and while the Centre has been extending all necessary help, the fact remains that public health remains a state subject in India and the states were the ones who would play a crucial role in the overall Coronavirus response. Months into the COVID-19 outbreak in India, we now have a clear worldview of the Chief Ministers who proved their mettle, and the ones who failed the country during this hour of crisis.

From the migrant crisis that assumed the shape of a ticking time bomb on the Delhi-Uttar Pradesh border last month to the Tablighi Jamaat fiasco following a gathering of 8,000-odd Islamic preachers at the Nizamuddin Markaz in Delhi, the state of Uttar Pradesh faced a number of disasters-in waiting, but the Yogi government has tackled every single of such eventualities.

It handled the migrant crisis that the Delhi government had mishandled miserably, pretty well and now it is also clamping down on the Tablighi Jamaatis. Now, 36 temporary jails have been set up in the most populous state of India for arrested Tablighi Jamaatis and their contacts. A total of 295 people, including 156 foreigners and 139 Indians have been lodged in these makeshift jails. The law-breakers who attacked health workers and doctors in Moradabad too have been booked promptly by the Yogi administration

While the Kejriwal government in Delhi had failed to manage the migrant crisis, K. Chandrashekhar Rao had ensured that no such crisis emerged in the state of Telangana in the first place. Towards March end, the Telangana Chief Minister had assured the migrants living in the state that they shouldn’t worry about going back to their native places, and as long as they stayed in Telangana, they would be taken care of as family members.

He made it a point to speak in Hindi in order to put his point across and connect at a personal level with the migrant population in the state. Telangana government remains aware, and understands how speculations and rumours can spell disaster amidst the Coronavirus Pandemic. Recently, three journalists of a Telugu news channel were booked by Telangana police- all of them on charges of spreading fake news about COVID-19.

If there is one opposition leader apart from K. Chandrashekhar Rao who has truly aligned himself to align with the Centre in the National Coronavirus Pandemic response, then it has to be the Odisha Chief Minister Naveen Patnaik. He really set himself apart by participating in the 5PM5Minute event on March 23 and adhering to Prime Minister Modi’s call in the national interest.

Naveen Patnaik has rich administrative experience in disaster management, something that he had also proved during Cyclone Fani last year. And this time around too, Odisha responded well within time, launching a platform last month as a part of the state government’s digital initiative to nip the outbreak in its bud. Odisha had also become the first state to extend the ongoing lockdown to April 30, even before the nationwide lockdown was extended by the Centre.

Assam had started preparing for the Coronavirus Pandemic well in advance, and even before a single confirmed Coronavirus case was recorded in the state, the state started bolstering its healthcare facilities. Leading the Coronavirus response, Assam Health Minister Himanta Biswa Sarma ensured that stadiums were converted into huge isolation centres, government hospitals augmented their capacity and the private sector too was brought into loop in order to forge understanding between the public and private healthcare institutes- a unique model that seems to have yielded rich incentives for Assam.

He has been doing his job silently, but very efficiently. Haryana map narrates a very positive story- there have been a total of 275 confirmed cases, of which a staggering 183, that is, more than 66 per cent of the total cases have recovered, putting the state in a totally different league.

Doubling the salaries of doctors, Khattar has kept those on the frontlines in high spirits, which might have bolstered the state’s response against COVID-19.

Today, the active cases in Haryana are limited to a few pockets such as Nuh, Gurugram, Panchkula and  Faridabad. and even in the districts bordering the National Capital there are only a limited number of active cases.

Not just these five chief ministers mentioned above, other states and CMs have also done a tremendous job as far as fight against Coronavirus is concerned. In what can be called a massive victory, Tripura CM Biplab Deb has announced that the state has become Corona free. During the outbreak, the state had made various preparations to deal with the Coronavirus. Biplab Deb was at the forefront monitoring the situation and now he has successfully made the state Corona free.

Apart from that Goa CM has performed well in times of Corona crisis. Seven confirmed cases, all of them recovered and now zero cases in Goa- the most tourism-friendly state in India with heavy footfall of international tourists who initially emerged as the biggest source of the Pandemic, numbers literally speak for themselves in this coastal state. Its neighbouring state, Maharashtra is, by far, the worst-hit state insofar the ongoing Pandemic is concerned, but Goa hasn’t allowed the Wuhan virus to spill over.

Now, the Pramod Sawant government plans on firming up its testing capacities in order to maintain the early lead that it has taken in the fight against Coronavirus, nipping the mischief in its mud. The state has taken a rational decision of preferring life over livelihood, and has decided not to revive its prolific tourism industry for at least six months. Even those who will come to Goa will have to produce a COVID-19 Negative’ certificate.

Sikkim too has shown the way becoming the only state with zero cases, recovered or active. Sikkim CM Prem Singh Tamang banned the entry of tourists early on and the results show that the state has been able to keep the Pandemic at bay, unlike any other state.

This is really a no-brainer, isn’t it? Maharashtra is the worst-affected state with more than 6,400 cases and 283 deaths, yet there is no sincere effort to enforce the lockdown properly in the state on the Chief Minister’s part.

Maharashtra is literally moving ahead in autopilot with bizarre reports of a tea-vendor who was running his stall right outside the Maharashtra CM’s residence during the lockdown testing positive for the novel Coronavirus. Later, a large chunk of his security personnel too had to be quarantined.

Saints getting lynched and a journalist getting attacked amidst a lockdown present a bleak picture of lockdown enforcement in the state, and Maharashtra seems to be headed on its way to becoming another Hubei.

The state of West Bengal can spring a surprise anytime soon given serious allegations of a huge cover-up in the state. Mamata Banerjee government has been caught on backfoot with reports of a person getting buried in suspicious circumstances by people wearing Personal Protection Equipment (PPE), a committee of Doctors deciding whether a COVID-19 patient died of the infection or “co-morbidities” and a guided tour for the Inter-Ministerial Central Team that had toured West Bengal to make an on-ground assessment of the Coronavirus response.

The state response itself has been miserable and what makes it even more terrifying is the serious allegations of the Mamata Banerjee dispensation trying to hush up things in an awkward manner.

Ever since the Pandemic started knocking at India’s doors, Nitish Kumar government’s response in Bihar was below par, with the ‘Susashan Babu’ failing to take enough steps early on. Subsequently, he has let Bihar down time and again. There have been recent reports of 640-odd Tablighi Jamaatis attending a conference similar to the one in Nizamuddin Markaz in Delhi, last month.

After attending the Markaz gathering in Nalanda from March 14 to 15, the whereabouts of 363 of the Tablighi attendees were not yet traced as of last week, and this has set off fears of another Tablighi Jamaat-led Coronavirus outbreak in the state.

Nitish Kumar has also failed to address the concerns of migrants from Bihar in other states, unlike the Uttar Pradesh CM Yogi Adityanath who had come to their rescue promptly last month. He refused to bring back the migrants to Bihar at a time when they seemed to be desirous to head back to their native homes. Apart from migrant workers, he has also refused to bring back students from Kota, a popular medical and engineering examinations coaching hub in Rajasthan, leaving it for Bihar’s sons and daughters to fend for themselves. 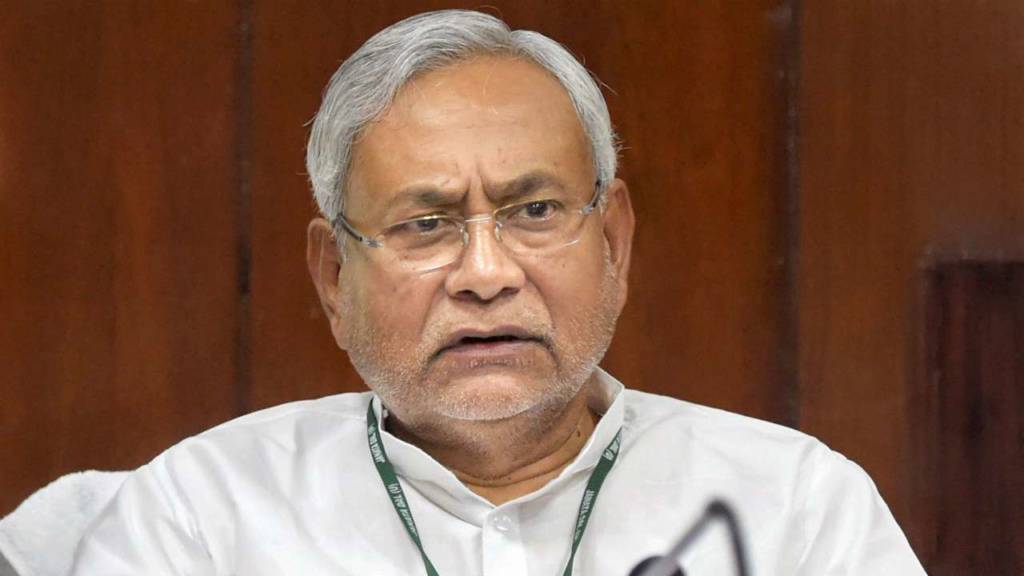 Rajasthan remains one of the worst-hit states with more than 2,000 confirmed cases in the largest state of India, and the situation could have been far worse given how Bhilwara had almost entered Stage-III Community transmission owing to the Gehlot government’s negligence and apathy. Had Bhilwara entered community transmission, Rajasthan would have become another Maharashtra.

The local administration somehow managed to avert a huge crisis, going into complete lockdown and a mass testing drive to complement it that ruthlessly broke the chain of the Coronavirus Pandemic in this district of Rajasthan.

All that the Delhi Chief Minister had to manage was literally just a city. But today Delhi has the third highest number of confirmed cases in the country that have already gone in excess of 2,300 along with 50 deaths.

But Arvind Kejriwal has not failed just Delhi, his misgovernance has created some of the biggest disasters for the country, the biggest ones being the migrant crisis and the Tablighi Jamaat fiasco.

8,000-odd Tablighi Jamaatis had gathered in the heart of Delhi when Delhi goverment’s prohibitory orders were in force. The Tablighi gathering has turned out to be the biggest disruptor in India’s fight against the Coronavirus.

That the Kejriwal government had no idea of such a large gathering happening right in the middle of Delhi shows how pathetically the National Capital has responded to COVID-19 outbreak that has already created 92 containment zones in Delhi.

Dear Press Council of India, you have no jurisdiction over TV media & you cannot denounce Arnab’s journalism