Newswire
Abish Mathew on comedians being trolled for past sketches, tweets 47 mins ago
EU agrees MoU with 8 partners in support for COVID-19 fight 1 hour ago
WHO in contact with Russia on new COVID-19 vaccine: spokesman 1 hour ago
“The promise of the American dream”: Praise pours in for Kamala Harris 1 hour ago
US stocks fall as tech shares slide 2 hours ago
UN assessing Beirut needs as emergency aid arrives 3 hours ago
Next
Prev

Abject Poverty: West Bengal has the lowest per capita capital expenditure among the large states of India

From the richest to the poorest in 50 years 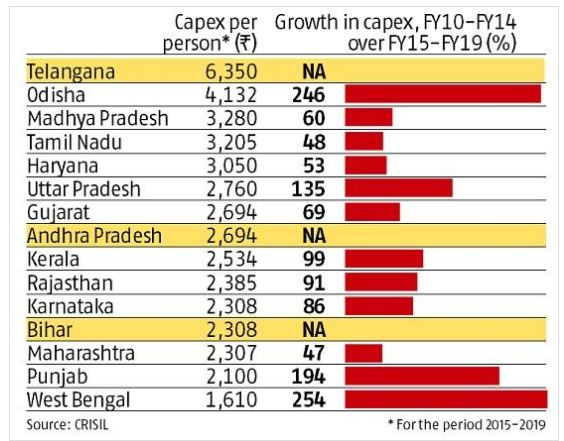 The Mamata Banerjee government in West Bengal has resorted to competitive populism with list of freebies, caste and minority benefits.

BJP president Amit Shah, in a speech in West Bengal, had said that the state’s share in the nation’s GDP was 25 percent at the time of independence and now it is at a mere 4 percent. So the question is that who is to be blamed for this destruction of the economy of West Bengal? The prevailing socio-economic policies at the national and international level or, the incompetent governments of the state? Unfortunately, both of these contributed in turning one of richest regions in the country to one of the poorest.

Ideally, the states should spend higher on capital expenditure because they do not have to deal with sectors such as defence and internal security which require huge spending. 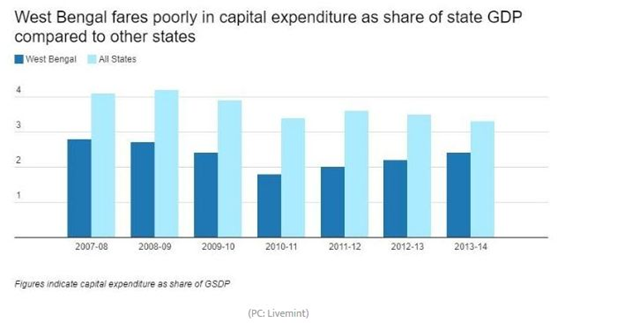 But so far, the state has trimmed the capital expenditure increase by spending on ‘freebies’ like farm loan waiver and unemployment benefits. This has resulted in ‘vicious cycle’ and is equally responsible for the slowdown in economic growth and unemployment. Just as it is on the central government, it is also an obligation on the state to ensure job growth and rapid economic growth, and states like Telangana under the TRS government must not opt out of it, while doling out freebies aimed at election outcomes.

The left-front and the TMC have destroyed the economy of the state and a regime change is necessary to put the state back on the path of growth. Now, only a regime change can bring back the golden days of ‘Amar Sonar Bangla’. If Kolkata wants to reclaim the status of ‘economic capital of India’, the state of West Bengal must learn to elect better people and parties to govern the state and the city.

Two lawyers burst the many myths around the Ayodhya verdict