Newswire
MP Police to help UP counterpart in hunt for gangster Dubey (Ld) 1 hour ago
2 SSB personnel killed in a case of fratricide in Kashmir 1 hour ago
‘Gujarat hub of Chinese investment’: Congress hits out at PM 2 hours ago
K’taka’s Covid tally breaches 25k with 1,843 new cases 2 hours ago
Biz travel biggest reason for passengers to travel: Vistara survey 2 hours ago
Black panther spotted in Karnataka’s Nagarhole Tiger Reserve 2 hours ago
Next
Prev

How the leftist, anti-Brahmin campaign after the Fathima Latheef suicide fell flat on its face

The vicious narrative has fallen flat on its face

The leftist cabal of India is back with its insensitive, vulturish brand of politics. The recent case of suicide by a 19-year old IIT Madras student, Fathima Latheef has made headlines. As per initial reports, Sudarsan Padmanabhan, a faculty at the prestigious Institute, an Associate Professor of Philosophy, Dept of Humanities and Social Sciences, IIT Madras was titled as the ’cause of her death’. The suicide note read, “Sudarshan Padmanabhan is the cause of my death.” 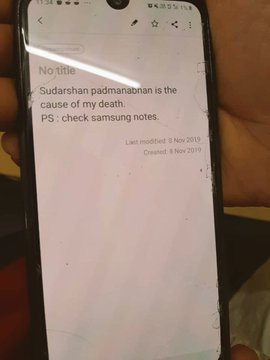 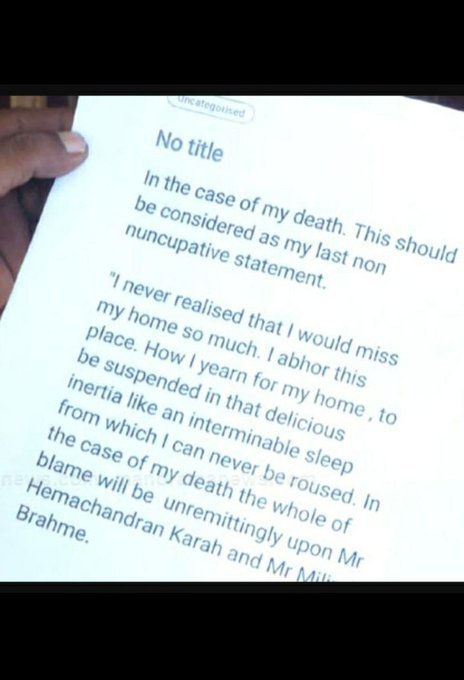 This was instantly taken up by the leftist cabal and the tragedy degenerated into a ‘Brahmin vs Muslim’ agenda. Analogies were drawn with the Rohith Vermula case and bizarre allegations of Brahminical supremacy being the cause of suicide were made.

The modus operandi of furthering a political agenda out of a suicide case, in stark resemblance to the Rohith Vermula case is on display once again. A Twitter user claimed that the deceased was a victim of Islamophobia. He said, “It isn’t surprising that the MURDERER Sudarshan Padmanabhan, who used to harass Fathima for being a Muslim, is a Sanghi favorite. They seek extermination of Muslims institutionally & their bloodlust has just claimed a young life.” In fact, #JusticeForFathimaLatheef started trending in a desperate bid to further the ‘Brahmin vs Muslim’ agenda out of Fathima Latheef’s suicide. Dr Kafeel Khan, who was hailed as a saviour by the media following the BRD Hospital tragedy also tweeted about Fathima Latheef’s suicide and also referred to allegations of religious discrimination in the suicide case.

It isn’t surprising that the MURDERER Sudarshan Padmanabhan, who used to harass Fathima for being a Muslim, is a Sanghi favorite. They seek extermination of Muslims institutionally & their bloodlust has just claimed a young life. #JusticeForFathima #JusticeForFathimaLatheef pic.twitter.com/8cyhHu8FeT

It must be noted that the suicide note only mentions Sudarsan Padmanabhan as the ’cause of death’. There is no reference to religious discrimination or Islamophobia.

It is for the police to investigate if at all there was any instigation to commit suicide and if indeed there was an element of abetment, then the nature of such abetment. However, looking at the religion of the deceased and the Brahmin background of the faculty, certain vested interests are trying to read make-believe claims of Islamophobia in the suicide case and are trying to bring in an imaginary angle of religious discrimination behind the suicide case. These opportunistic organisations and individuals are unabashedly looking at this tragedy to indulge in fear-mongering and make false allegations of Islamophobia or institutionalised discrimination against the Muslims. Students Islamic Organisation of India (SIO) tweeted, “SIO strongly condemns institutional and Islamophobic murder of Fathima Lateef.” Thus, certain vested interests who have absolutely no sympathy with the deceased, are trying to further their political agenda out of the sensitive case.

Certain students from the prestigious institution have now exposed the ongoing misinformation campaign about the Fathima Latheef suicide case and have pointed out how lies are being openly peddled by those claiming Islamophobia and religious discrimination is the reason behind this suicide. One of the students tweeted, “As a student studying here, IITM is not islamophobic. Let the police investigate and truth come out. If the prof is found guilty he should be punished

As a student studying here, IITM is not islamophobic. Let the police investigate and truth come out. If the prof is found guilty he should be punished
Dont just jump to religious conclusions without concrete proof.

Another student has tweeted, “Request to those trending #JusticeForFathimaLatheef. I study in IIT Madras, and there is no discrimination going on here. One of my Muslim friends is the class topper, and we live here in harmony without any division or difference. Nice post below. Do read it.” The post therein outrightly dismisses all allegations of communal bias at the IIT. It points out that while the Professor named in the suicide note is a Hindu Brahmin, there is nothing to suggest that he had discriminated on the basis of religion, and in fact, Muslim students in the same course were given S grade (highest possible grade) for the course in question. He pointed out how stressful and competitive atmosphere at the IITs, along with a flawed system is the real culprit.

Some other screenshots as well. Pls don't come to conclusions. We all know what happened with Saravjeet Singh who lost 4 yrs of his life, job and everything because of a false accusation by a person leading to widespread media and public shaming. pic.twitter.com/yG0rsOQlW5

Now, in what further exposes the vulturish intent behind the allegations of Islamophobia, it has come to light that the suicide note of the deceased student has blamed two more faculties. She had written multiple suicide notes on her mobile phone. One of the extracts from her suicide notes reads, “In the case of my death, This should be considered as my last non nuncupative statement. I never realised that I would miss my home so much. I abhor this place. How I yearn for my home, to be suspended in that delicious inertia like an interminable sleep from which I can never be roused. In the case of my death, the whole of blame will be unremittingly upon Mr Hemachandran Karah and Mr Milind Brahme.”

What ought to be pointed out here that Brahme, who holds a PhD from the JNU and teaches Translation Studies / Comparative Studies at the leading institute is the faculty advisor of an independent student body at IIT Madras, viz. Ambedkar Periyar Study Circle. This by itself negates all the bizarre allegations of Islamophobia and Brahminical supremacy. The Ambedkar-Periyar Study Circle was also the body that reportedly supported compulsory non-vegetarian food at all messes at IIT Madras.

There were attempts to give the suicide a ‘Brahmin vs Muslim’ angle. However, with one of the faculties mentioned in the suicide notes turning out to be an Ambedkarite, the vicious narrative has fallen flat on its face. The students of the institute have already exposed the allegations of religious discrimination and communal bias and the latest revelation leaves the mala fide intent behind the Twitter outrage completely exposed.

Same brand name but different drugs, no more! Modi govt is set to rectify anomaly in the pharmaceutical sector