Raghuram Rajan, the darling of the global liberal elite criticized the policies of the Modi government for the economic slowdown. Rajan, former governor of RBI, delivered O.P. Jindal lecture at Watson Institute, Brown University, on 9 October, and said “India is losing its economic way, in part because it is centralizing power without a persuasive economic vision. We risk wasting the demographic dividend.”

Rajan was governor of RBI from September 2013 to September 2016, and his policies proved a major blow to India’s growth story. After Rajan took the charge of the central bank, he raised the interest rate and loans became costlier. The Prompt Corrective Action (PCA) by RBI, which put a virtual ban on any fresh lending, put obstacle lending to MSMEs. PCA, coupled with high-interest rate led to financial stress among the small companies. The credit to MSMEs dried up under the Rajan’s watch.

The conservative monetary policy of Raghuram Rajan is among the prominent factors responsible for the slowdown in economic growth. Today, there is consensus among economists that the policy rate was ‘very high’ during the Rajan era and this caused an economic slowdown. Therefore, Raghuram Rajan has lost the moral high ground to lecture on the Indian economy.

Under Raghuram Rajan and his successor- Urjit Patel, India had one of the highest ‘effective lending rates’ in the world. As the central banks around the world are flooding the economy with cheap capital, the Reserve Bank of India had kept lending rates high. The central bank has taken a ‘very conservative’ stance of monetary policy and this hurt the economic growth of the country. The unavailability of cheap capital stalls economic activity and hurts economic growth. 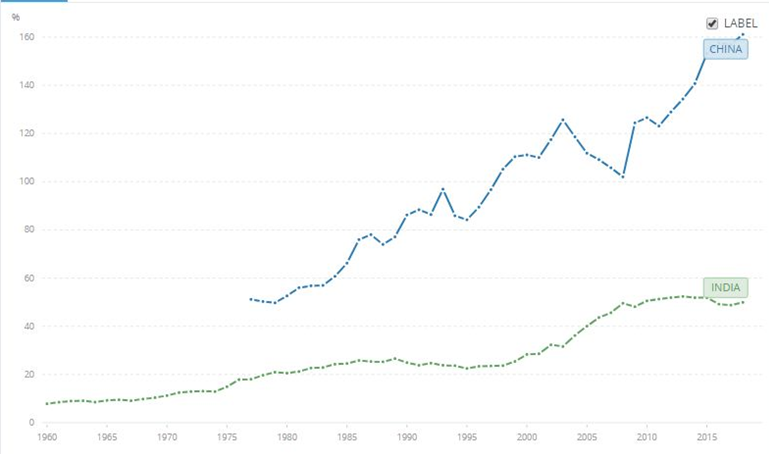 So, India has better deposit rates but the credit growth is still lower due to high lending rates. The high loan rates hurt the economy as the lending grew at a very low pace and thus economic activities slowed down. RBI is considered among most conservative central banks and the cost of capital in India is very high compared to other emerging markets around the globe.

Rajiv Kumar, Vice-chairman of NITI Aayog, “GDP growth peaked at 9.2 percent in January to March 2016 but declined successively for six quarters. NPAs rose exponentially to Rs 10.5 lakh crore — for loans given out during 2010-11 to 2013-14 — and commercial banks virtually stopped lending to the industry. Medium and small industry was particularly hit” tweeted Rajiv Kumar.

The economic growth slowed down due to decreased lending, especially in Micro, Small and Medium Enterprises (MSME) sector. Big companies have many other sources of capital like foreign direct investment, foreign portfolio investors (FPIs), foreign institutional investors (FIIs), debentures, and equities. But MSME sector companies are largely dependent on loans from banks for capital requirements. The hawkish policy for NPAs cleanup made loans scarce and this led to a slowdown in the economy and especially in the MSME sector.

GDP growth peaked at 9.2% in Jan- Mar 2016 but declined successively for 6 quarters. NPAs rose exponentially to 10.5 Lakh crore for loan’s given out during 2010/11-13/14 to rise & commercial banks virtually stopped lending to industry. Medium & small industry was particularly hit pic.twitter.com/MRKBA6eQnj

Rajiv Kumar said rising NPAs during the tenure of Raghuram Rajan stalled credit disbursal to the industry and in the case of the micro, small and medium enterprises (MSME) industry, credit shrank. The reduced lending does not only affect MSME but big industries too because very few businesses in the country have access to alternative sources of capital. Rajan’s successor, Urjit Patel was at the helm of RBI from September 2016 to December 2018 carried out with the same ‘conservative’ interest rate policies.

The economists like Subramanian Swamy, Surjit Bhalla are against the central government behaving in a hawkish nature on inflation data. The criticism mainly comes on the basis of how the RBI decides the ‘core’ inflation data. RBI’s definition of core inflation is excluding food and fuel but in India. Throughout the world, Petrol is part of fuel in inflation calculation while India keeps it in transport and communication

Centre sent huge sums of Rupees for free houses for the people of Mizoram. State government gobbled it all up