No Result
View All Result
Newswire
US key Covid-19 metrics show decline this week 29 mins ago
Dino James: My idea of music is it should be able to create nostalgia 1 hour ago
Londoners urged to wear masks in open air to curb Covid-19 spread 2 hours ago
At 51, JLo realises she didn’t love herself in her 30s 2 hours ago
France registers 23,924 new Covid-19 cases in a day 3 hours ago
Russia logs 20,921 new Covid-19 cases 4 hours ago
Next
Prev

India to capitalize further on USA-China trade war. Sops to export companies is a superb move

The Modi government has started taking measures to aggressively push exports. In her third press conference on measures to boost economy, Finance Minister of India, Nirmala Sitharaman went for real estate and exports. In the first two press conferences, the steps for Banking sector (including NBFCs) and automobile were announced.

In the 12 measures to boost exports, the government announced to extend the scheme of Reimbursement of Taxes & Duties for Export promotion among others. This extension of reimbursement will alone cost 50,000 crore rupees to the exchequer, and it will make Indian exports more competitive in global markets. The other measures announced include fully automated electronic refund route for Input Tax Credits (ITC) in GST, expanding scope of Export Credit Insurance Scheme (ECIS) by ECGC, and annual mega shopping festivals.

“The finance minister’s announcement that an additional Rs 36,000 crore to Rs 68,000 crore will be made available as export credit under the priority sector is definitely good news. The government’s plans to boost exports by leveraging technology is also a good step. We would have liked to see some attention given to up-skilling workers in export-oriented MSMEs,” said Pushkar Mukewar, Co-Founder and Co-CEO of Drip Capital.

India is the only other country which has the capacity to replace China as the ‘factory of the world’; given the availability of large scale cheap labor, a huge English speaking population and technological capacity. Therefore, in these troubling times for China, India wants the companies around the world to establish manufacturing units in India rather than China.

The other factor being consensus among policymakers- India could employ its half a billion labor force without boost to manufacturing, and promotion of exports. The services sector never requires a huge labor force, and every person is not skilled enough to find a job in services. Agriculture is already overcrowded and the only sector left with the capacity to sustain India’s job hungry labor force is the manufacturing sector.

The dream of a $5 trillion economy by 2024 could not be realized without the promotion of exports. East Asian countries like China, South Korea has been able sustain above 8 per cent growth for more than three decades by riding on the virtuous cycle of savings, private investment and exports. 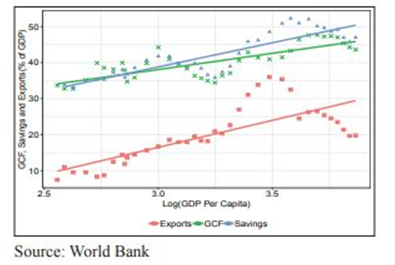 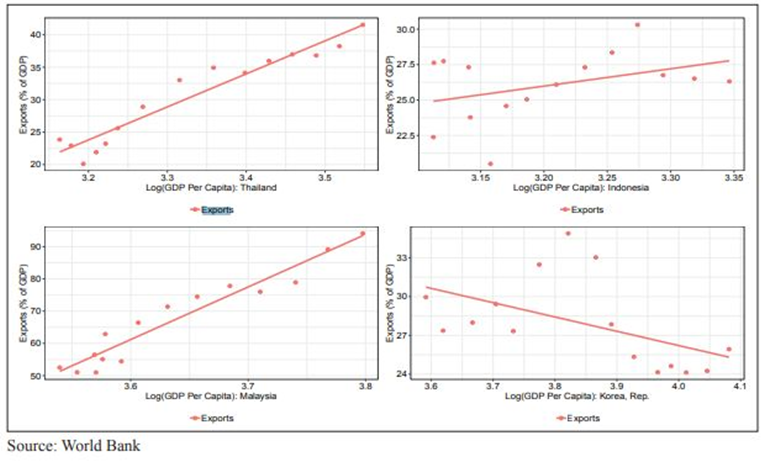 Above 8 percent real GDP growth is essential to become a $5 trillion economy by 2024. Therefore, the Modi government is aggressively pushing exports.

“Exports must form an integral part of the growth model because higher savings preclude domestic consumption as the driver of final demand,” reads the first chapter of this year’s economic survey. Given the emphasis on ‘private investment’ driven growth to create ‘A virtuous cycle of savings, investment, and exports’, it was clear that ‘exports’ is going to be at the forefront of government policy in next five years. The latest measures announced by FM Nirmala Sitharaman will help the country on the path to become an export powerhouse.

After Netanyahu, Now Donald Trump rides on the popularity of PM Modi to win elections