2 things about protests against hydropower projects in Arunachal. They are massive and they are funded by China

NGOs in India have been at the forefront of indulging in anti-national activities. Many foreign funded NGOs have been found to involve in conversion, human trafficking, and stalling development projects at the behest of foreign governments or companies. The latest case of foreign funded NGOs indulging in anti-national activity is coming from the border state of Arunachal Pradesh. According to a report by Livemint, the Indian government fears that China is funding the NGOs which are carrying protests against hydroelectric projects in Arunachal Pradesh. Modi government is trying to revive the long pending hydroelectric projects- 2,000 megawatts (MW) Lower Subansiri and 2,880MW Dibang projects. The state NHPC Limited has been awarded these projects. The two other hydropower projects that are being fast tracked are 600MW Tawang-I and 800MW Tawang-II.

The hydro projects are located on the rivers which pass through Chinese ‘controlled’ Tibet, and as per international law, prior use is ground for legitimacy over water. China wants to ‘delay’ these projects and divert the water to arid zones of Xinjiang and Gansu under its ambitious $62-billion south-north water diversion scheme. If China is able to complete the diversion before Indian hydro power projects, its claim over water will be stronger as per international law. 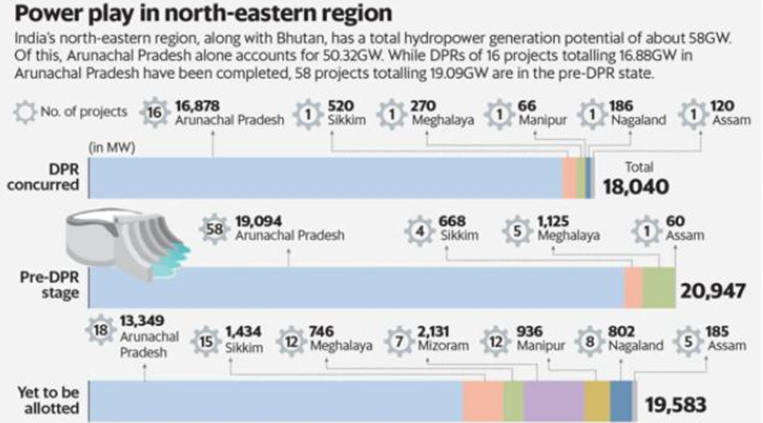 “We have heard that China is trying to incite and fund some NGOs in Arunachal Pradesh against hydro power projects,” said a senior government official.

The NGOs raised the issue that the site of project is habitat for many ‘endangered species’ including black-necked crane, and other birds. In the name of protection of the wildlife, the NGOs organized protest against the dams. As per the Forest Rights Act, the local people should be consulted before starting the project, the NGOs are allowing the public meetings to take place.

“The public meetings for consent under the Forest Rights Act haven’t been held for Tawang-I and Tawang-II as these organizations are not allowing the critical meetings to take place,” said another government official.

More than 100 private hydropower projects, with capacity of 35 GW, are waiting to take off due to regulatory cholesterol and capital shortage. If these projects do not take off very soon, China will be able to strengthen its claim over the the water bodies which flow from China controlled Tibet. 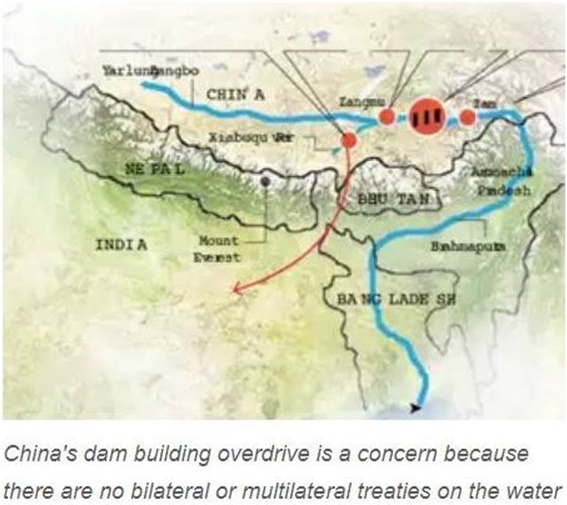 China announced plan to build a massive dam on a tributary of Yarlung Zangbo (Tibetan name of Brahmaputra River) and it will be most expensive hydroelectric project in the world. China plans to assert its claim over Arunachal Pradesh by building dam over Brahmaputra’s tributary.

If India is able to complete the hydropower projects in Northeastern state, the problem of power shortage will be solved immediately. In fact, these states can sell the excess capacity to other states and get hefty return. For decades, Northeastern state have been dependent on union government for public expenditure needs, the money from power projects will help them to become self-sufficient.

The NGO industry has opposed the big scale infrastructure projects since 1960s when India started building dams. For some petty gains, these self-serving anti-nationals barter the national interest. The foreign funded NGOs have been a big hurdle to the development of the country, Modi government should strengthen regulations against such NGOs that unwaveringly hinder national interests.

US flags out. US Anthem sung. In Hong Kong. That China claims as its own