Hounded by J&K Police, demonized by media, Vishal Jangotra finally gets justice in the Kathua case

Today, the Pathankot bench of the Jammu & Kashmir district court announced the verdict on the much touted Kathua rape case. After deliberating over the same for months, covering every factor possible, the bench convicted 6 out of the 7 accused for the crime.

Going by the gravity of the incident, as well as the ambiguous details of the documents submitted by prosecution it is quite likely that the accused may now appeal in the High Court.

However, another accused, Vishal Jangotra, has been acquitted due to lack of credible evidence against him. He is the same Vishal Jangotra, who was purported by the left liberals to be the prime accused of the case, and on whose guilt very few people actually believed. According to the chargesheet submitted before the court, Vishal was present in Kathua on 12 January, when the abduction. According to the charge-sheet, the other accused had called Vishal from Meerut in order to not only ‘satiate his lust’, but also dispose off her dead body after the murder.

The truth however is quite different. According to the relatives of Vishal, he was sitting at his college examinations in Meerut on 12 January. Not only that, but also Vishal withdrew some money from a local ATM on 15 January, and also registered the same in his bank passbook, in contrast to the claims filed in the chargesheet. In order to support their claims, the relatives of Vishal Jangotra, assisted by the defence lawyers, submitted all the required evidences before the court. 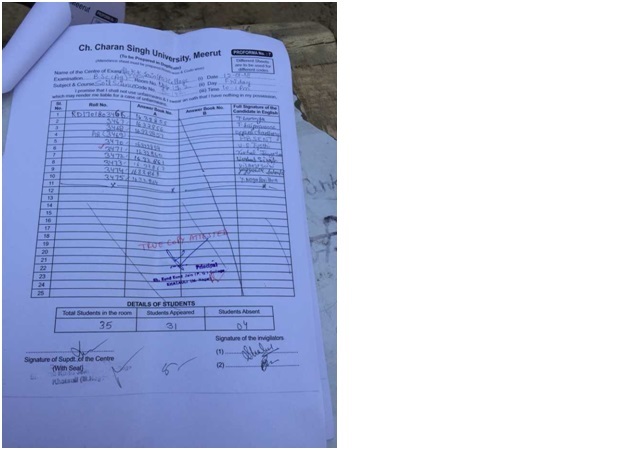 The presence of Vishal in Meerut was now backed by a CCTV footage accessed from a local ATM in Meerut, where Vishal had withdrew some money for his personal expenses. Now if we carefully examine the offences as filed in the chargesheet and the evidences in favor of Vishal, there seems to be a major discrepancy.

Now long story short, the time mentioned is too less to complete all of these tasks . If at all this assumption works, people would frown at the time taken to reach from Meerut to Rasana. Moreover, neither had the police mentioned about any such trip in the charge sheet nor had they presented any evidence about the same in front of the court. Either the Jammu & Kashmir police are not aware about the exact facts, or they’ve taken the nation’s masses for granted.

While on one hand, we applaud channels like Zee News and other right wing activists for diligently working towards proving Vishal innocent, fingers are now being pointed at the left liberal intelligentsia, who had left no stone unturned in order to declare Vishal Jangotra as the prime accused, apart from demonizing the Sanatan Dharma. However, the fight is far from over, if we’re anything to go by the absurd tweet by controversial journalist Saba Naqvi.