Taran Kaur Dhillon, better known as rapper Hard Kaur, is once again in the news for all the wrong reasons. Her recent posts on Facebook and Instagram have met with backlash due to their distasteful nature. What began with some unapologetic support for the slain journalist Gauri Lankesh soon turned into a display of some of the most vitriolic content ever posted by any wannabe left liberal on social media.

Following are some of the specimens of her vitriol: 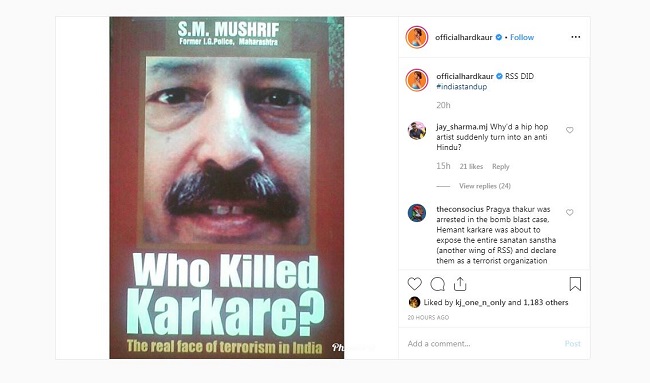 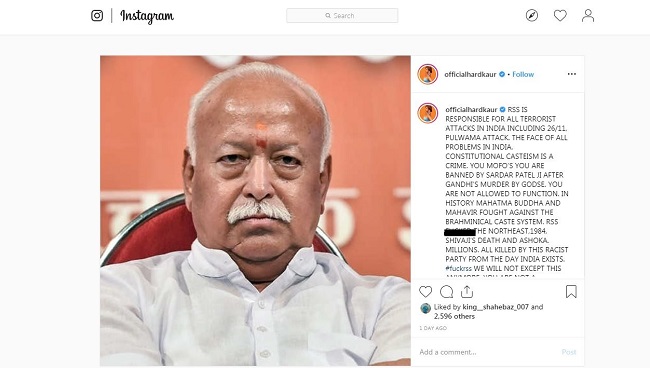 According to the posts made both on Instagram and Facebook, she blamed RSS for all the terror attacks in India, including the heinous terror attacks in Mumbai and Pulwama respectively. This wasn’t all, she also addressed current UP CM and firebrand nationalist Yogi Adityanath in the most atrocious and derogatory language imaginable. She also took potshots at the old RSS uniform, and did not hesitate from openly whitewashing Pakistan for all the crimes perpetrated against India. 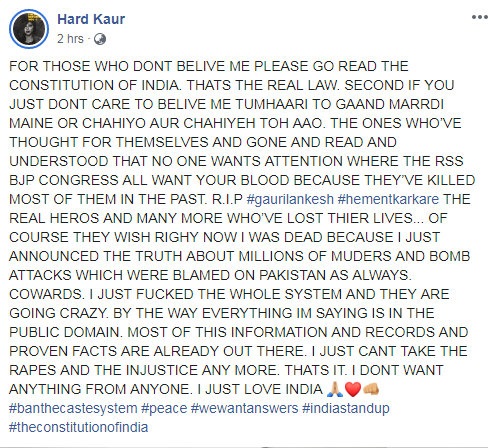 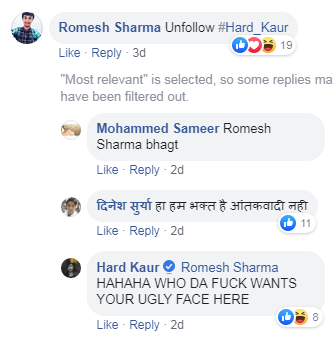 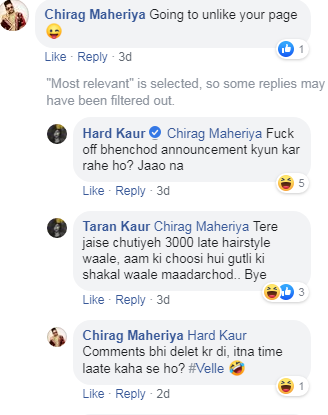 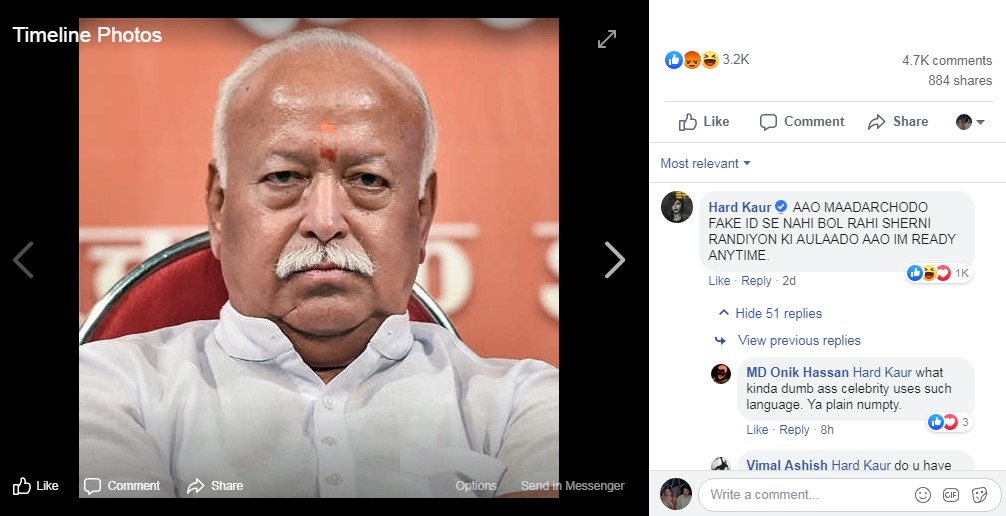 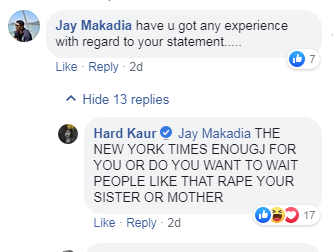 As of now, Hard Kaur has been booked by Varanasi police for her venomous content spewed against the Sanatan community, apart from Mohan Bhagawat and Yogi Adityanath. It is no rocket science to deduce from the above evidence that Hard Kaur is either having a serious meltdown, or wishes to seek attention in a very crude manner. However, what is concerning, as well as worrying, is that Hard Kaur has an official verified tag from the Facebook, which means that Hard Kaur is a verified personality who is authorized to promote the content of her choice by Facebook, even if it’s spewing venom towards a specific community.

Freedom of speech and expression is no doubt of prime essence, and platforms like Facebook and Twitter have been often praised for maintaining a reasonable degree of freedom in terms of opinions. However, people like Hard Kaur send a wrong message with their blatant misuse of the same. She has been consistently misusing her official page for her venomous Hinduphobia.

Besides, this is not the first time that Hard Kaur has spread vitriol against a specific community. Forget Sanatanis, she did not even spare her own Sikh community. In 2013, during a concert co performed with rapper Honey Singh, Hard Kaur in an inebriated state spewed venom against the heritage of Sikhs, including openly insulting their revered Gurus, for which she was compelled to apologize. She had even misbehaved with a couple of children a couple of years later, who only wanted to dance on the stage with her.

As such, it is imperative that Hard Kaur’s official verified status should be revoked by Facebook. Receiving verification status, i.e. the blue tick does not give carte blanche to anyone in order to bash any community unabashedly, and spew vitriol in the name of registering one’s protest against any kind of injustice. Moreover, with her meltdown, Hard Kaur has only proved as to how desperate the left liberals have become after their Hinduphobia was blatantly rejected by the masses in the run-up to the 2019 elections.

The top 5 Prime Ministers of India