by Akshay Narang
in Analysis
0

The mainstream media, leftist portals and certain self-acclaimed political analysts seem to be suffering from the same Ostrich syndrome that these very entities had displayed during the 2014 Lok Sabha polls. With only two phases to go in the ongoing Lok Sabha polls, the manner in which the mainstream media has analysed the ongoing polls bears a striking similarity to the manner in which it had analysed and reported the 2014 Parliamentary Elections.

In the run up to the 2014 Lok Sabha elections, some of the mind boggling scams during the UPA era combined with a complete policy paralysis had emerged as the central poll issue. With this background, PM Modi was seen as an efficient administrator and the man who could stage a massive turnaround. There was a palpable public sentiment in PM Modi’s favour and against the pseudo-secular parties. At ground level, a Modi wave was clearly visible. Despite clear indications visible to everyone, the mainstream media, leftist portals and left liberals had remained in denial more of a Modi wave till the very end. A Livemint piece had tried suggesting that there was no Modi wave as such during the 2014 polls. And whatever advantage BJP was enjoyed was because of voters’ attraction towards the party. 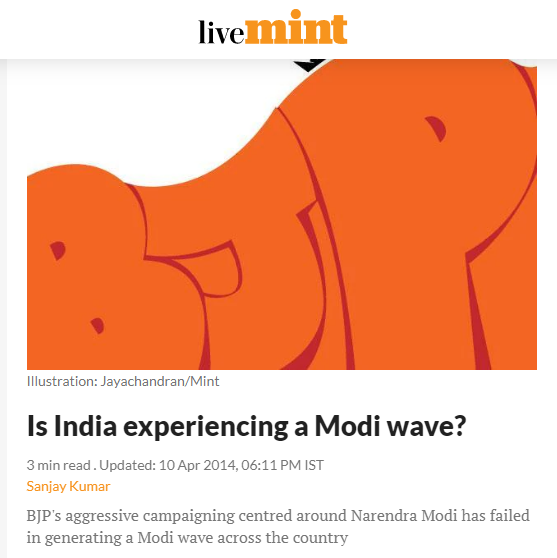 As per a media report during the 2014 Lok Sabha polls, Hindustan Times’ Sujata Anandan had, at that time, said that there was no Modi wave outside TV studios. 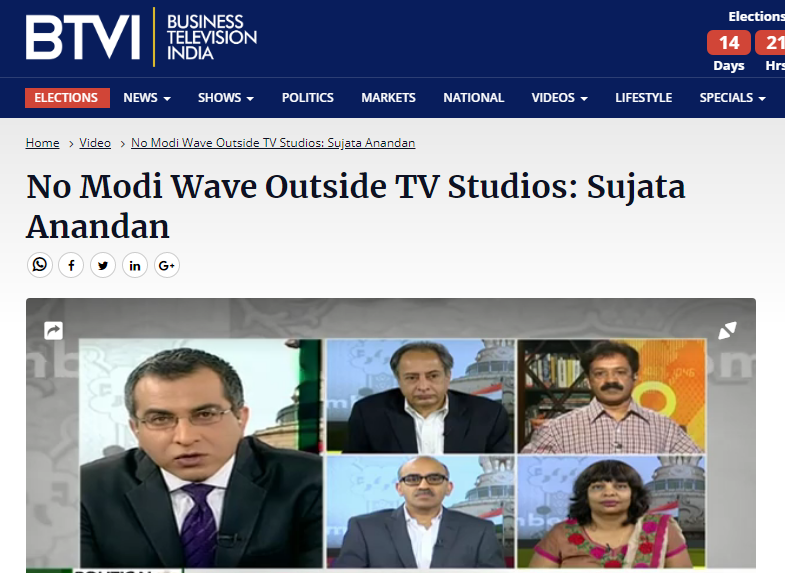 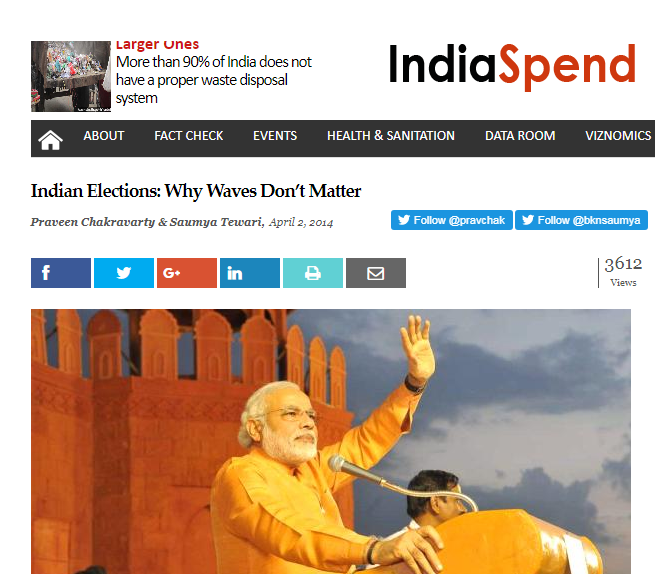 One such media story went on to argue that national issues or sentiments have a limited impact when it comes to votes and seats for a national party. In a bizarre article, the leftist portal, Scroll had claimed that caste politics had neutralised the Modi wave in Bihar and that the BJP was in the race only for 9 seats.

The results, of course, left such armchair experts shocked to the core. It is ironic and unfortunate how those who claim to fight against the social issue of caste differences, were celebrating the dominance of caste politics.

Come 2019 Lok Sabha polls, the mainstream media has started using similar arguments in order to deny the fact the BJP has gained extensive popularity and support in the country. This editorial piece by Prannoy Roy, Co-Founder, NDTV tries claiming that the Modi Wave is a misnomer. 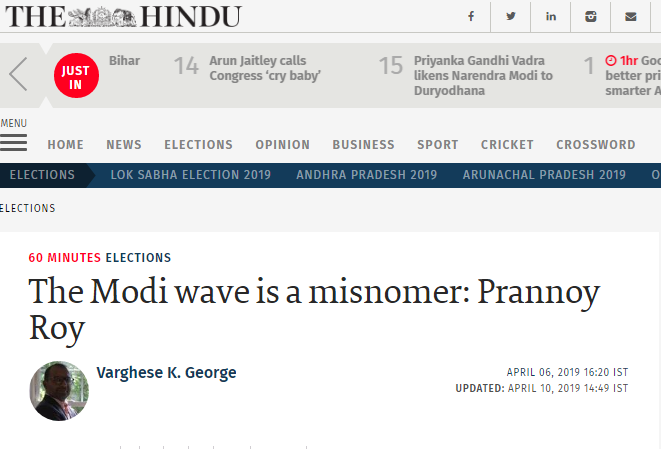 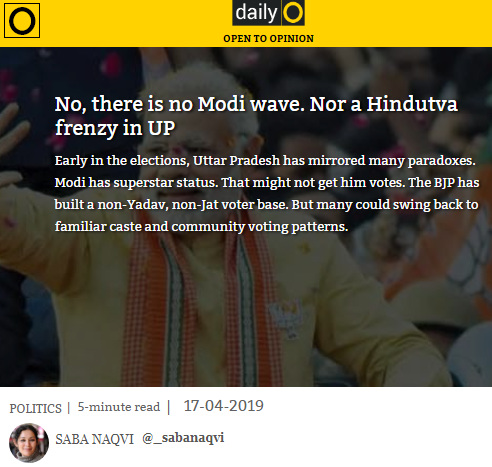 Congress mouthpiece, National Herald,  has obviously refused to acknowledge the Modi wave and has claimed that the 2019 polls look like the 2004 Parliamentary polls. 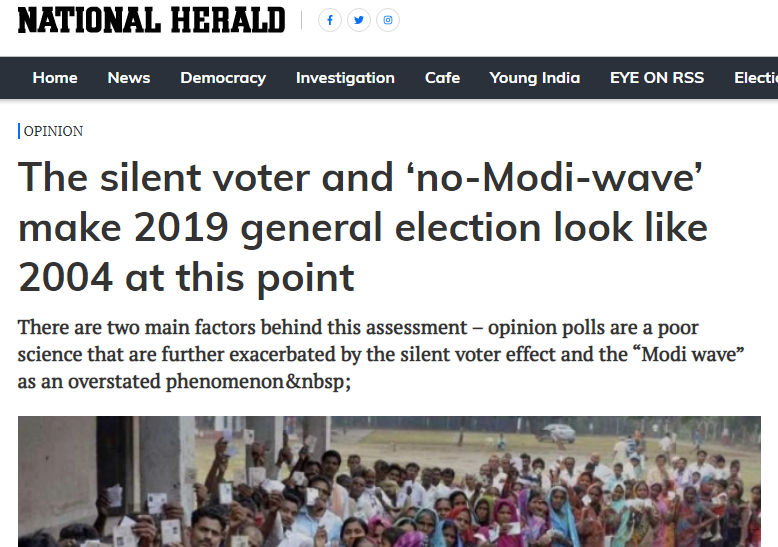 Despite the vicious propaganda by the leftist portals and the mainstream media, the fact remains that PM Modi’s popularity as a leader is unmatched. It seems as though the only Prime Ministerial candidate with substance and is all set to repeat his performance in the 2014 polls. The left-liberals who are too embarrassed to acknowledge the reality have gone into denial mode just like they did in the 2014 Lok Sabha polls. The ground level situation displays total support for PM Modi but the left-liberal cabal is just too stubborn to acknowledge this fact.