Pakistan’s economy is in doldrums, Imran Khan will likely be begging for a bailout

The economy of Pakistan is in doldrums, so much so that Imran Khan, its PM, took a tour around the world begging for money. Foreign Direct Investment (FDI) in the country touched a six month low of 132.2 million dollars in January 2019. This is a 59 percent drop from the 319.2 billion dollars received in the previous month, reported the State Bank of Pakistan.  In the first seven months of the fiscal year 19 (the Pakistani fiscal year is from July to June), FDI dropped by 18 percent to 1.45 billion dollar compared to 1.76 billion dollar in the same period of the previous fiscal year. “Foreigners were shy of investing in Pakistan, waiting to see whether Islamabad was going to the IMF,” said Hamad Aslam, Director at Research Elixir Securities.

The Pakistani government may allow the depreciation of currency as the country approaches the International Monetary Fund for a bailout package because allowing the market value (natural value) of currency is one of the conditions for a loan from the global lender. “We anticipate the rupee to touch Rs 150 to the US dollar by December 2019 from around Rs 139 at present,” said Aslam. 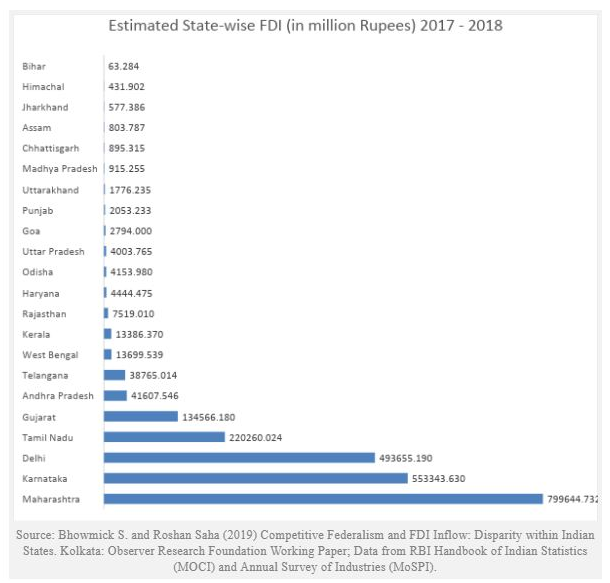 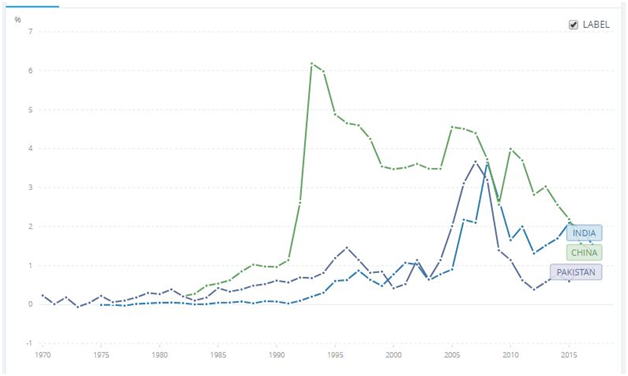 The net inflow of foreign investment to GDP ratio of Pakistan is also lower than India despite the fact that the economic size of the country is almost one tenth of India’s. The chart above shows that net inflows of FDI to GDP ratio for the last four decades, investments in Pakistan are lower than those in India for most of the time. Pakistan’s eastern neighbor, China, sustained almost double digit growth in the last three decades due to huge foreign investment. For most of the last three decades, China has been way ahead of India and Pakistan. However, India overtook China after the Modi government came to power. FDI in India increased considerably due to pro-market policies and structural reforms implemented by the Modi government.