by Shubham Singh
in Analysis
0

The case was filed after the Caravan magazine came up with a story claiming that Doval was involved in running a hedge fund whose promoters were of dubious antecedents. The case is likely to be heard on Tuesday.

Earlier, on Thursday, the Congress leader Jairam Ramesh claimed, “Within 13 days of PM Modi announcing demonetization, Vivek Doval opened a hedge fund in Cayman Island, which is a tax haven. Opening funds there is not illegal, but questions must be raised on how as per RBI data from 2000 to 2017, India received Rs 8,300 crore FDI from Cayman, but post demonetization, India received approximately the same amount in just one year alone.”

According to the Congress leader, the name of the hedge fund in the Caymen Islands was ‘GNY Asia’, which, according to a report of the BJP’s 2011 committee, is a known tax haven.” He further added, “This unnatural increase in FDI inflow and Vivek Doval’s hedge fund raise serious suspicion of round-tripping. The RBI must clarify the role of GNY Asia in this. We, therefore, demand it to publicise all details of the FDI received from the Cayman Islands in the last year.” However, he had not presented any documentary evidence to support his claims, hence, the charges of defamation.

The former Union Minister also claimed a connection between GNY Asia and Zeus Strategic Management Advisors Pvt Ltd, another company in the Cayman Islands which is led by Shaurya Doval, Ajit Doval’s other son. He said, “NSA Ajit Doval and his sons not just need to clarify about their companies’ role in the FDI inflow but also answer about Don W Ebanks, a director in Vivek’s company and whose name was also found in Panama Papers.” Jairam Ramesh suspected the involvement of Vivek Doval’s hedge fund in channeling money out of the country and then bringing them back to India after demonetization.

In the defamation complaint, Vivek Doval has countered many of the allegations raised by the Caravan magazine and Jairam Ramesh. With regard to the main allegation that the hedge fund was launched mere days after the demonetization, the complaint filed by Vivek Doval reads: 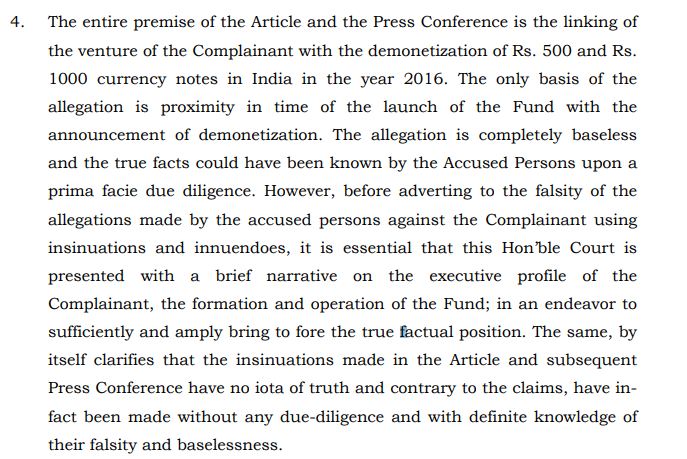 The article by the Caravan had implied that since Vivek Doval was inexperienced professional, his firm could not have been this successful without political patronage. To counter this, Doval has made available his professional qualification in the complaint: 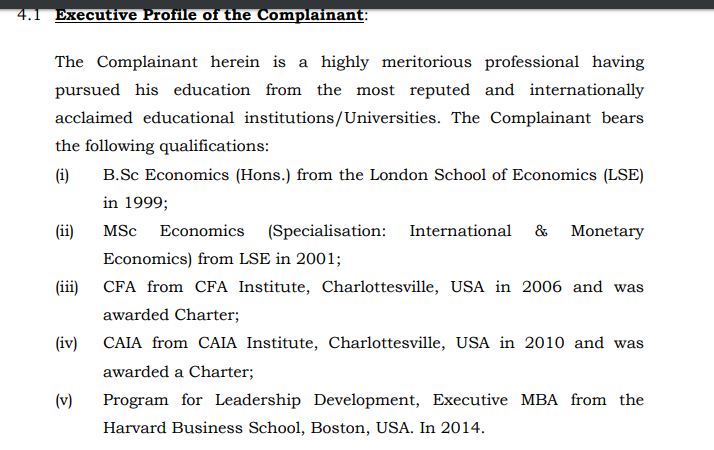 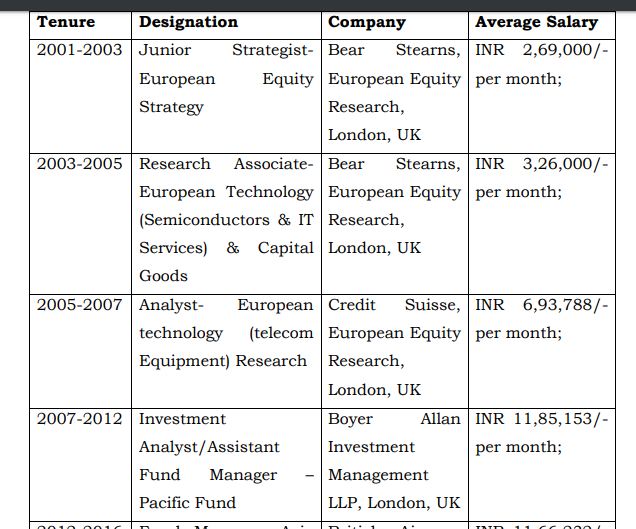 Another charge that Caravan had leveled against the hedge fund established by Vivek Doval was that it was based in the Cayman Islands which the magazine had called a ‘tax haven’. Vivek Doval also clarified on the issue: 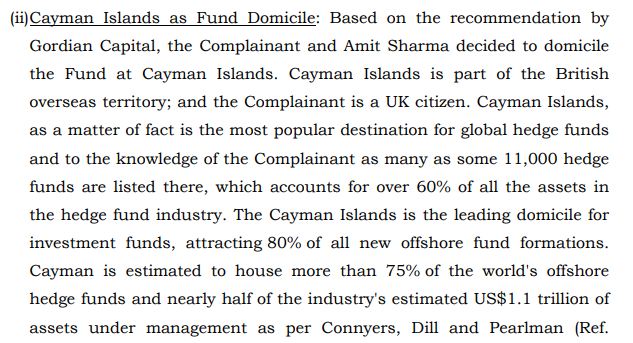 In the interest of full disclosure, Vivek Doval has also provided the list of investors in the fund: 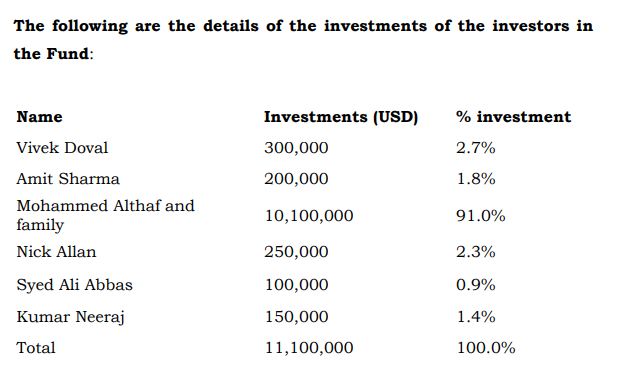 Furthermore, Doval has also provided a timeline of the formation and development of the Fund: 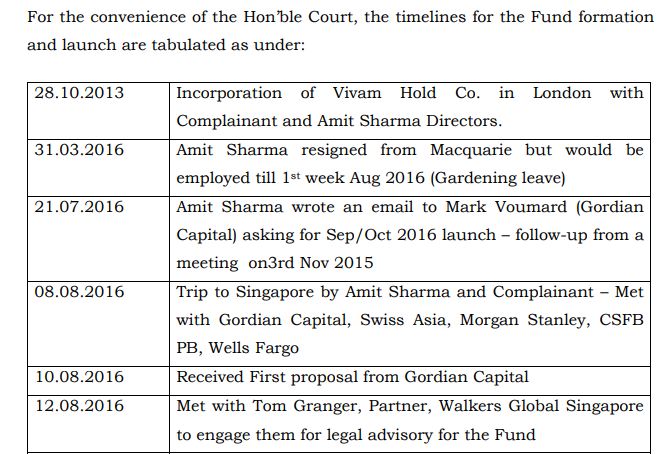 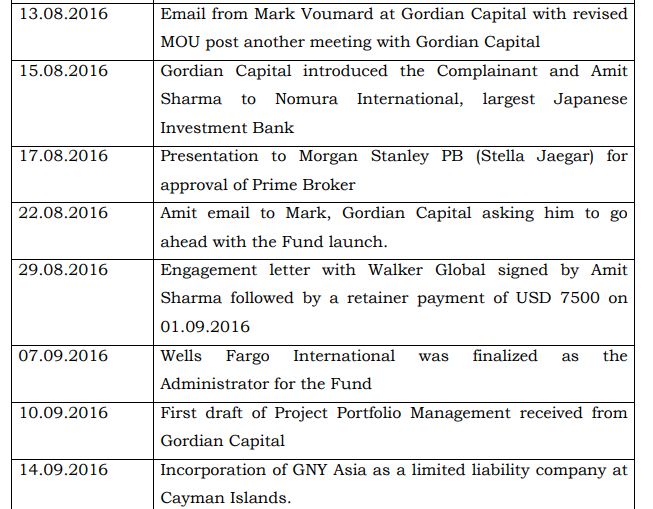 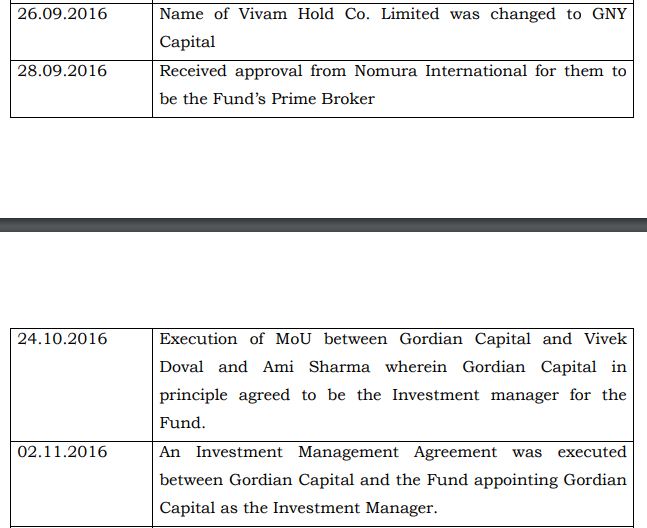 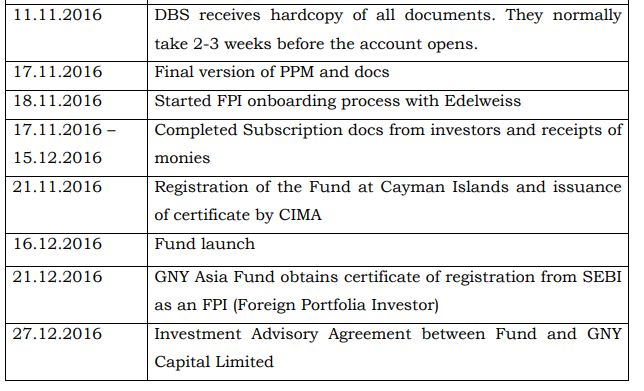 As is evident, the complaint filed by Vivek Doval addresses every charge leveled against him in the Caravan Magazine. The complaint not only addresses the charges but also provides a context to the malicious intent with which the Caravan hit-job was carried out and as such it makes a compelling case for defamation against Caravan and Jairam Ramesh.

Loyola College in Chennai is the latest one to join the anti-Hindu brigade, displays derogatory pictures of Hindu symbols